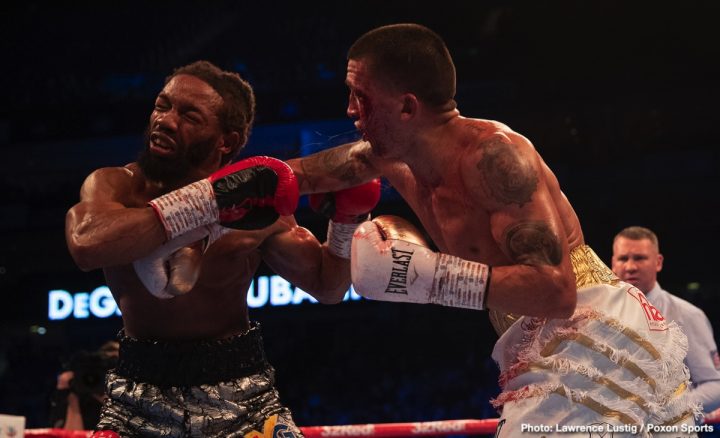 This was the 32-year-old Selby’s first fight at lightweight after having campaigned as a featherweight most of his 11-year pro career, and it’s pretty obvious in watching him struggle against the 2nd tier super featherweight Douglas that he doesn’t belong at lightweight. Douglas isn’t a puncher, but he was landing the harder, clearer shots all night long.

While in close, Selby took advantage of his hand speed to throw fast combinations with little punching power. Douglas was often foiled in his attempts to throw punches with the holding that Selby was doing. He was making a point of grabbing Douglas to keep from getting his shots off each time he could come in punching range. Selby was pulling down on Douglas’ head, and getting away with it in front of the referee.

The referee was there in body only, and not doing much of anything to police the spoiling tactics that Selby, 32, was using in the fight. In the second half of the contest, Selby began to increase his holding, and it was pretty clear that he was exhausted and not capable of fighting Douglas in a true fight.

The referee chose not to involve himself in interrupted Selby’s spoiling tactics, so he basically continued to do them for the remainder of the fight. Douglas would have had a better chance of winning if he hadn’t gassed out himself, and if he was mindful of Selby’s holding tactics. A good fighter would have still been able to get their shots off even while being held, but Douglas was giving up and letting Selby hold until the referee would break them.

With the way Selby fought tonight, he’s going to make a decision whether he wants to stay at lightweight or try and move back down to featherweight or maybe super featherweight. The 130 lb division is stacked right now, and it wouldn’t be a good idea for Selby to fight there. We can only imagine what would happen to Selby if he were to fight WBA super featherweight champion Gervonta ‘Tank’ Davis or WBC champion Miguel Berchelt. Those guys would be bad news for Selby. If Selby can’t make it back down to featherweight, he might want to think about retiring from boxing, because he’s going to be food for the fighters at lightweight. 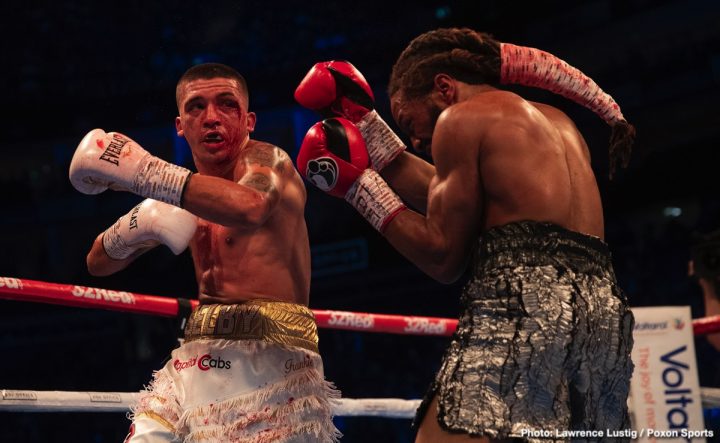