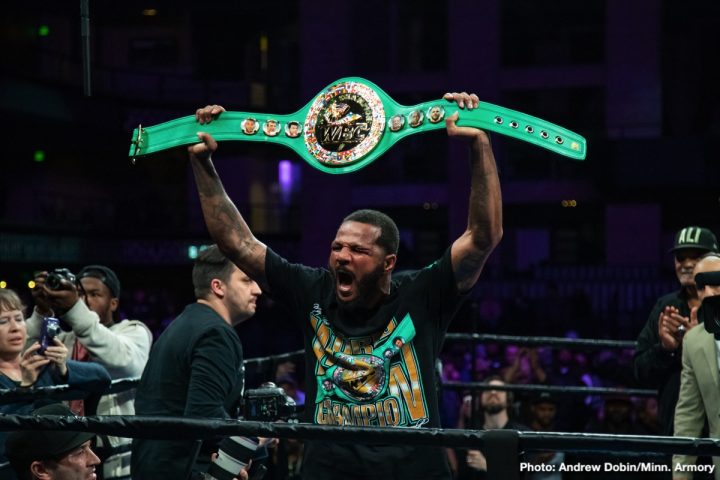 The fight was stopped after round 10 due to Dirrell, 34, having suffered a cut over his left eye. The fight then scorecards, and Dirrell got the ‘W’ based on his superior work in the first seven rounds. Dirrell was looking tired at times, and was getting nailed with right hands from Yildirim. Neither fighter looked world beaters. 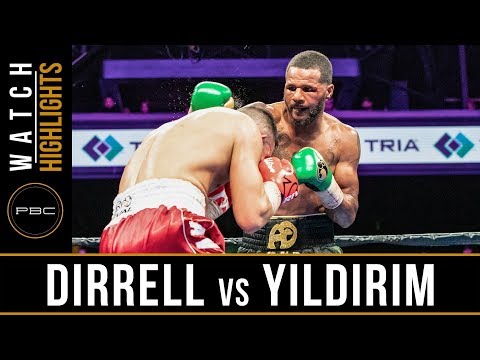 The scores 96-94, 96-94 for Dirrell, and 98-92 for Yildirim. Boxing News 24 had Dirrell edging it by 96-94. It was close, and not impressive work from Dirrell. He’s been a lot better. At 34, Dirrell is starting to show signs of slippage. He struggled to beat high level journeyman Denis Douglin by a six round technical decision in November 2017, and now tonight, Dirrell had similar problems beating Yildirim. To put things in perspective for the boxing fans, Yildirim was stopped in the 3rd round by Chris Eubank Jr. less than two years ago in the World Boxing Super Series super middleweight tournament in October 2017. Yildirim didn’t look improved tonight. It just looked like he was facing a guy with less talent than Eubank Jr. in Dirrell.

Dirrell and Yildirim took turns dishing out punishment during this fight. Just when it was looking like Dirrell was running away with a victory, Yildirim would come roaring back and look good in landing some big shots to seemingly win rounds. Dirrell didn’t have the engine or the willingness to open up with a sustained flurry of combinations to force a stoppage in the same way Eubank Jr. did. There was no mystery about what Eubank Jr. did to stop Yildirim. Eubank Jr. just started throwing punches and never stopped. The had to be stopped because Yildirim had turned into a punching bag. Dirrell didn’t want to try what Eubank Jr. had used to beat Yildirim.

It was a good win for Dirrell over a limited fighter in Yildirim, but the victory isn’t going to make things better for him when he’s forced to get inside the ring with former WBC champion David Benavidez. That’s going to be a really hard fight for Dirrell if he’s unable to raise his game from what we saw from him tonight. Benavidez is going to have an easy time beating Dirrell if he looks like this.

George Groves says ‘DeGale needs to call it a day’ »