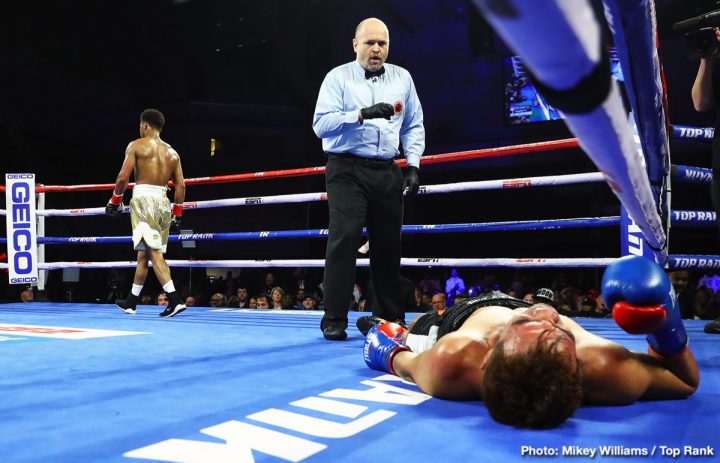 Stevenson, 21, was fighting a very technical fight for the first three rounds before turning up the heat in the 4th round to get the stoppage. Referee Charlie Fitch stepped in to stop the fight after Stevenson had knocked the 27-year-old Rosales down. The fight was halted at 1:29 of round 4. It was a good win for featherweight contender Stevenson.

What was a pleasant surprise in the fight was the power game that Stevenson showed. He looked good in turning up the heat in the 4th round to blast out the game but limited Rosales. It was good to see Stevenson showing a glimpse of his punching power, as one of the criticism that boxing fans have had with Stevenson is he’s not show the punching power i the past to compete against the better fighters in the featherweight division.

“Everybody, they see me box, I’m a beautiful boxer, but I want to show people I can fight. I’m a fighter, too,” Shakur Stevenson said after the fight in talking about why he wanted to show his punching power more. “I know I’m ready for a world title right now, don’t get me wrong. But at the same time I’m still growing and I’ve got Top Rank behind me. They’re going to get me on the right track. I’m just going to listen to them.”

The #11 IBF ranked Stevenson feels that he’s ready to challenge for a world title against IBF featherweight champion Josh Warrington (28-0, 6 KOs) in his next fight. Stevenson’s promoter Bob Arum is hoping that he can make the fight. Arum has the money and the power to setup a fight between Stevenson and Warrington. However, Stevenson might scare away the champions if he keeps looking good like this. Warrington can’t punch, and he would have a lot of problems with Stevenson’s power and talent.

“I talked with Frank (Warren) when I was in London. If he’s ready for Warrington, I think I can arrange that fight,” Arum said.

Warrington is coming off of a career best 12 round decision over Carl Frampton in his last fight. Warrington great in that fight. It was his second big victory. He had recently beaten Lee Selby. 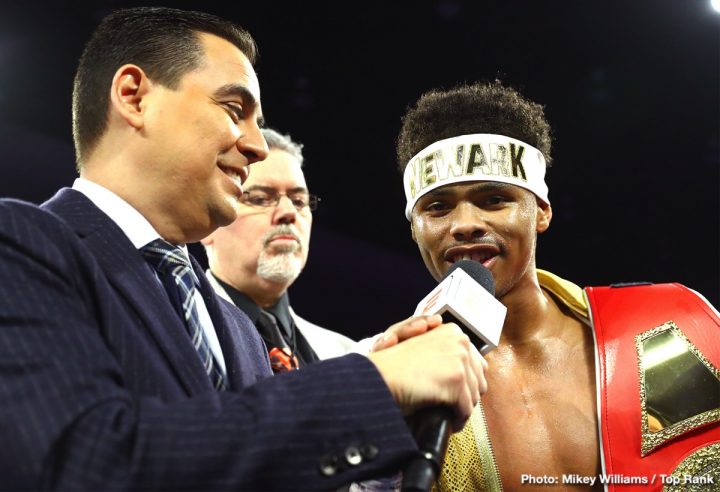 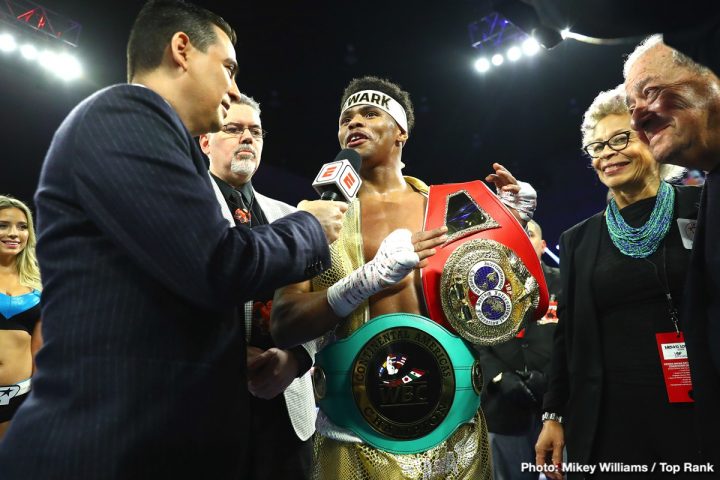 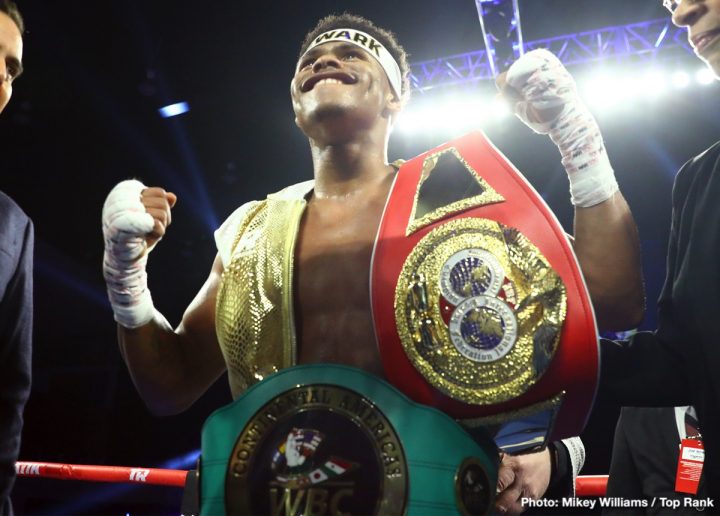 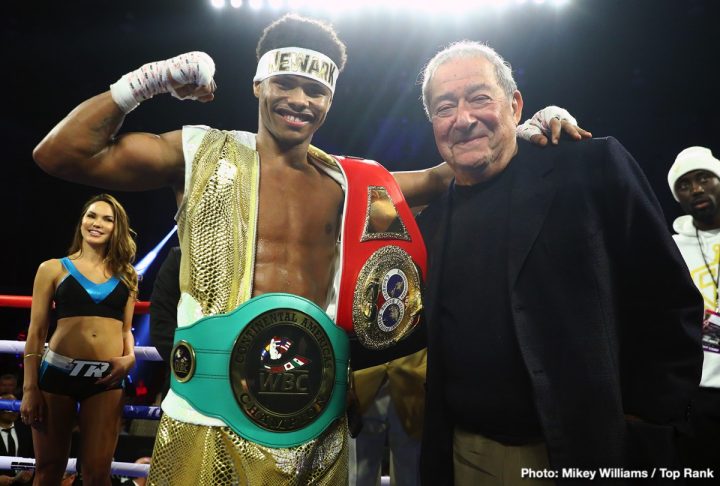 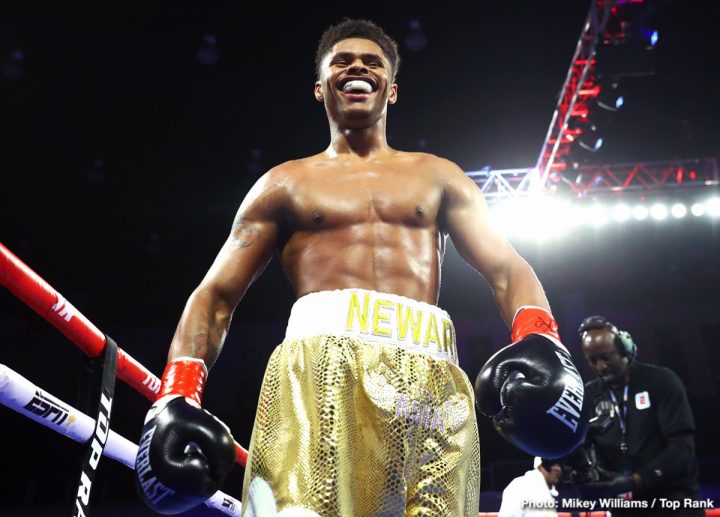 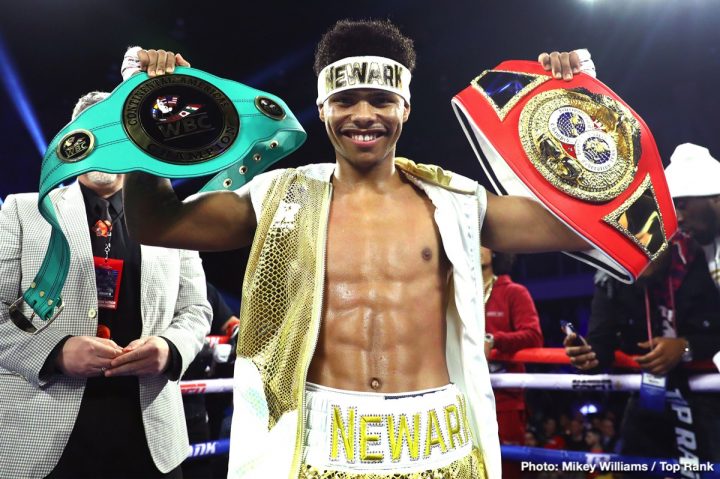 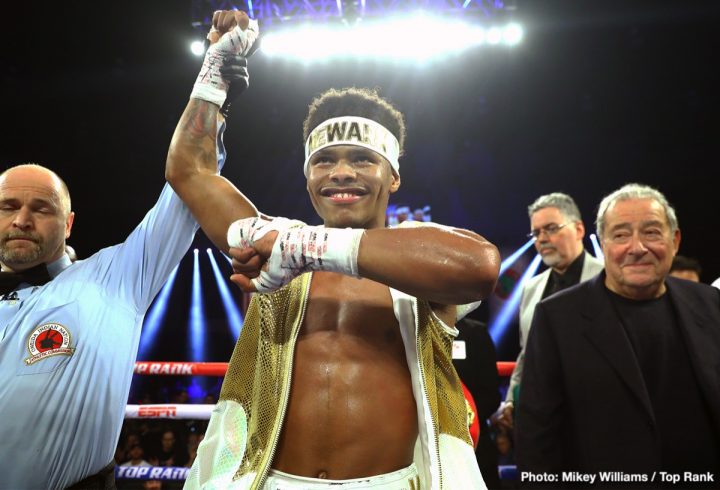 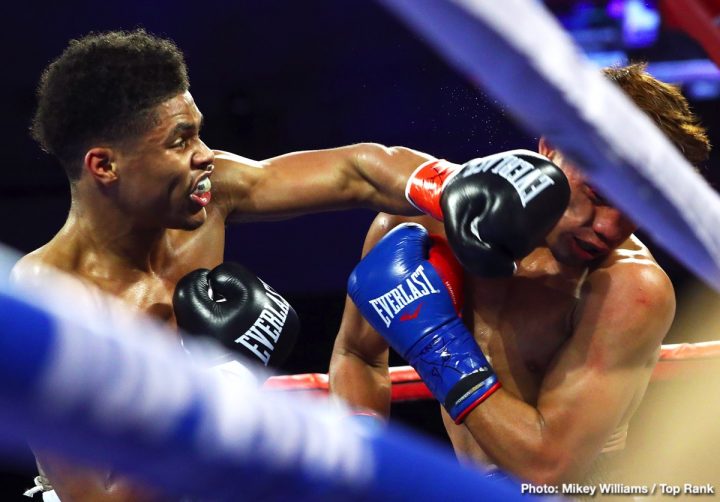