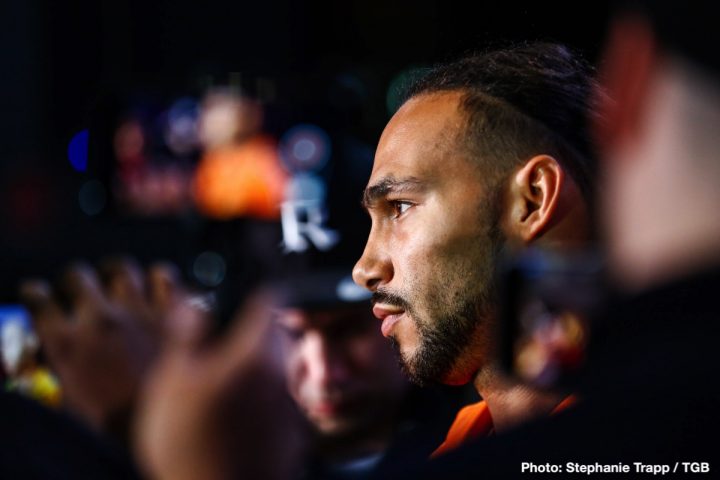 By Sean Jones: Keith ‘One Time’ Thurman tore into Manny Pacquiao on social media on Saturday, mocking him by reminding him of his knockout defeat seven years ago, and saying that he’ll put him to sleep when they face each other.

Thurman (28-0, 22 Kos) made it clear to the boxing fans on Saturday that he wants to fight Pacquiao (61-7-2, 39 KOs) as soon as possible. Pacquiao holds the WBA ‘regular’ welterweight title, whereas Thurman has the WBA Super World 147 lb title, which is the main belt with the World Boxing Association.

It’s still a little early for Thurman to be talking of wanting to fight Pacquiao next. Thurman has a title defense tonight against Josesito Lopez (36-7, 19 KOs) on Premier Boxing Champions on FOX and FS1 at the Barclays Center in Brooklyn, New York. This is Thurman’s fight fight in 22 months, and there’s no telling what will happen if he gets hit on one of his elbows. Thurman might fall apart like he did against Danny Garcia when he suffered an elbow injury that kept him out of the ring two years.

“Manny’s two feet tall, boy,” Thurman said. “I got offense. I’m ready to fight. ‘I’m 40-years-old. I can fight. I can fight.’ You can fight because nobody has hit you in the face, boy. Let me hit you in the face…you forgot about the night you went night, night. AB [Adrien Broner] couldn’t remind you about that. He didn’t put hands on you, man. I’ll put hands on you. You’ll be like, ‘I’m ready to be a senator in the Philippines. I’m really ready right now. I can retire from boxing.’ That’s right, Thurman sleeps Pacquiao. Thurman puts everyone to sleep at 147. I’m hungry,” Thurman said.

It would look better on Thurman’s part if he talked all this trash towards Pacquiao if he’d been active with his career, beating quality guys and looking sharp. Fighting Josesito Lopez is considered a weak move on Thurman’s part, because he was called out by Shawn Porter and Errol Spence. Thurman has a lot of energy for someone that has been out of the ring for two years. It’s interesting that Thurman is calling out the 40-year-old Pacquiao, but the younger IBF champion Errol Spence Jr. or WBO belt holder Terence Crawford. Those are the true lions in the 147 lb weight class, and Thurman is showing no interest in fighting either of those guys.

There’s a right way and a wrong way to get a Pacquiao fight. The right way is to earn the fight the way Floyd Mayweather Jr. did in winning six division world titles, and becoming a superstar. The wrong is to be out of the ring for two years, and then trash talk on the day that you’re fighting a tune-up level opponent in Josesito Lopez. It looks weak on Thurman’s part to be calling out Pacquiao under those circumstances. 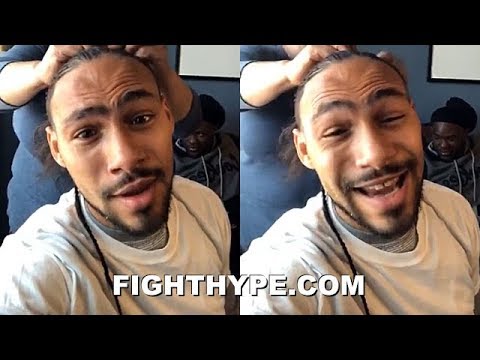