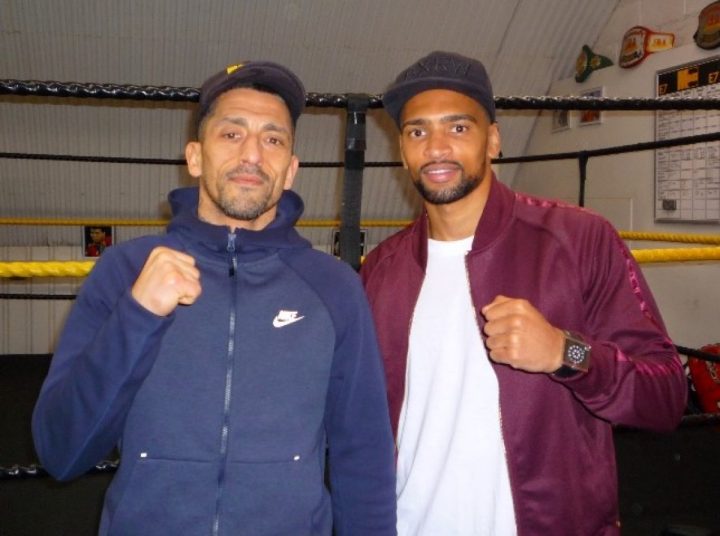 By Ben Hickman: On Friday 22nd February, Freddy “Pretty Boy” Kiwitt (14-2-KO8) will fight Paddy Gallagher (15-4-KO9) at York Hall for the vacant WBO European Welterweight title. A victory over “The Pat Man” will mark a satisfying end to a turbulent period for the Liberian-born German, now based in Forest Gate.

Problems with his previous management meant the Freddy spent much of last year in a state of limbo, and has now decided to manage himself. He has a new training team and is coming in to the fight in February on the back of a win in Ghana in December. The people around Freddy have been key to the change in fortune: “Everything’s going really well and it’s all truly a blessing. Now I am with a good team and, for me, this is a new beginning. I feel like I can choose my own people and I feel mentally so much freer because I’m working with people I trust.”

Freddy is now jointly trained by Lee Manuel Ossie and Mickey Cunningham. Freddy and Lee met years ago through their joint work with Butterfly Affect Boxing (a not-for-profit that uses Boxing as a means to support children in Freddy’s birth country of Liberia). Freddy has since become an ambassador to the Liberian Boxing Association and continues his work in using the sport he loves to support children in Liberia.

Lee arranged for Freddy to fight Frank Dodzi in Ghana on the 24th December, which he won by a third-round stoppage. This puts him in line for the WBO African Super Welterweight title. But for now, his focus is firmly on his upcoming fight against Gallagher which he expects to be a good one for fans: “I’m more of a classic boxer and he’s more of an aggressive brawler. Everyone talks about his punching power but I’ve got a similar number of knockouts, so it should make for a really good fight.”

While Freddy has known Lee for years, he has only been training with Mickey for the past 9 months, the result of a serendipitous encounter between Mickey and Lee, as Mickey explains: “I was just out for a run and bumped into Lee. I told him about MBox and, as it happens, he was looking for a London gym as a base for Freddy. He took it as a sign from God and the rest is history”

Mickey has been training boxers for the past 15 years, and opened MBox a few years ago. Freddy is currently training daily at MBox, and there is no escape from Mickey’s enthusiasm even away from the gym: “I’ve been sending Freddy ideas and combinations over the phone, sometimes late at night. I’m very excited, very happy. It’s great for the other fighters and the community in Forest Gate.”

With a strong team behind him and a once-in-a-lifetime opportunity to climb the world rankings, Freddy is not short of motivation. But if he needs more, his second child was born in December, and his young family is never far from his thoughts. “I know that this fight will change not just my life but theirs as well.” The look in his eye as he says that suggests Gallagher will have his hands full on the 22nd.