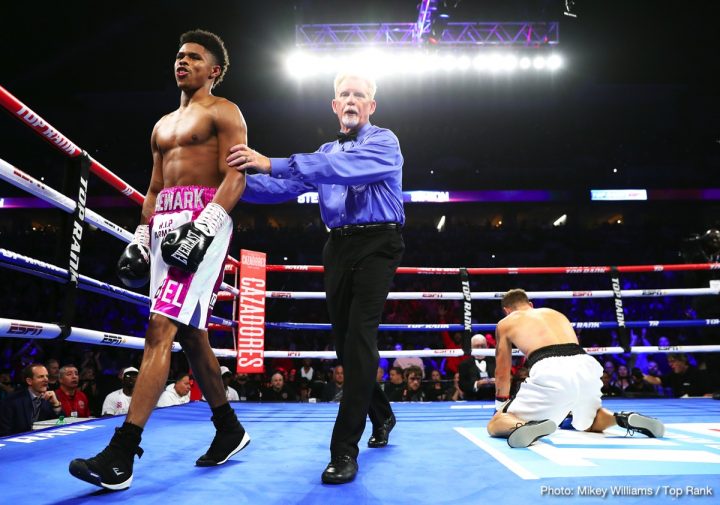 Stevenson caught the 36-year-old Simion cold in knocking him down three times. The referee halted the fight after the third knockdown. The official time of the stoppage was at 3:00 of round 1.

This a surprise to see the 21-year-old Stevenson knockout the normally steel-chinned Simion so quickly in this fight, as he’s not done anything like this since he turned pro in 2016. Stevenson hurt Simion with a big right hand early in the round, and the Romanian fighter never recovered. Stevenson then quickly dropped Simion three times to get the stoppage. 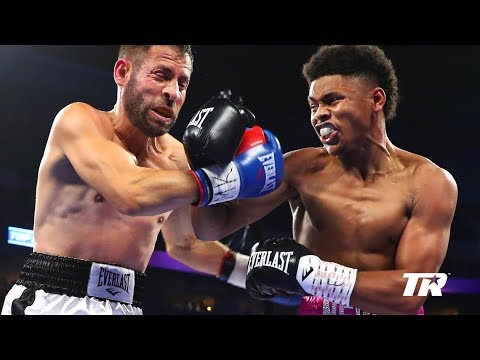 In other boxing results on the card, former WBO welterweight champion Mike Alvarado (40-4, 28 KOs) showed impressive power in destroying journeyman Robbie Cannon (16-14-3, 7 KOs) in the 2nd round of a scheduled 10 round fight. Alvarado, 38, landed a hard right hand that put Cannon down in round two. Alvarado then spun around and ran to his corner as the referee halted the fight. The fight was halted at 0:41 of round 2. Alvarado’s punching power appears to be just as good as it always was. He’s older, but still a very powerful fighter at welterweight. If matches against the right opposition, Alvarado can look very good. It’s unknown what Top Rank’s plans are for him at this point. He’s been taking on tune-up level opposition for the last two years without seeing any movement as far as being pushed up the rankings at welterweight. Alvarado will need to be matched against someone good sooner or later to see what he still has. The victory for Alvarado was his sixth straight victory since being stopped by Brandon ‘Bam Bam’ Rios in 2015. All of Alvarado’s opposition since that fight have been lesser fighters designed to get him some sure thing victories.

Junior middleweight knockout artist Carlos Adames (15-0, 12 KOs) destroys Joshua Conley (14-3-1 9 KOs) by a 2nd round knockout. Adames flattened Conley with a big right hand in the 1st round, and then put him down two more times in round two before the fight was halted. The official time of the stoppage was at 2:17 of round two. With the win,Adames captured the vacant NABF 154 lb title.

Undefeated light heavyweight Steven Nelson (12-0, 10 KOs) defeated journeyman Oscar Riojas (17-11-1, 6 KOs) by a 4th round knockout. The hard hitting Nelson knocked Riojas down two times in round four. The fight was then halted. The bout was halted at 2:50 of round four. 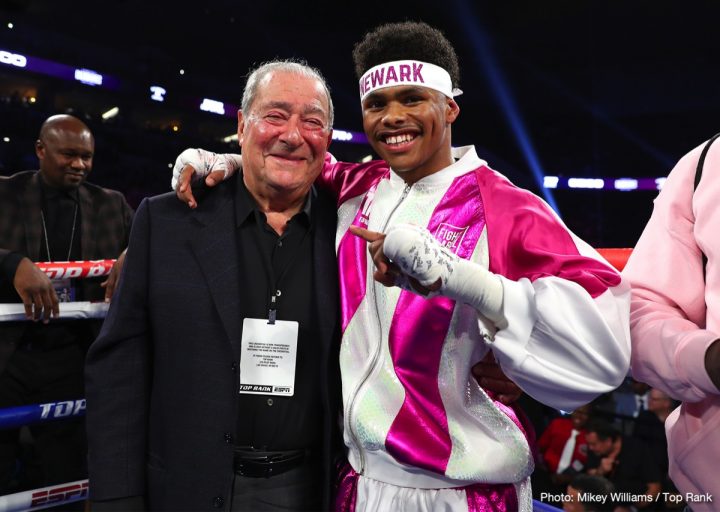 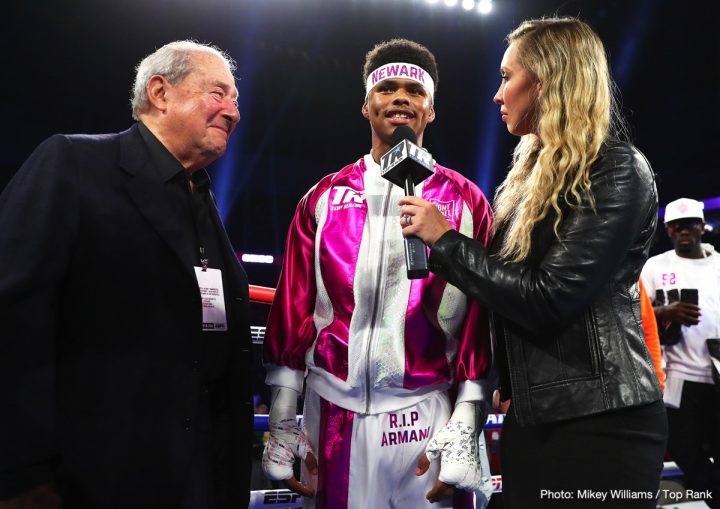 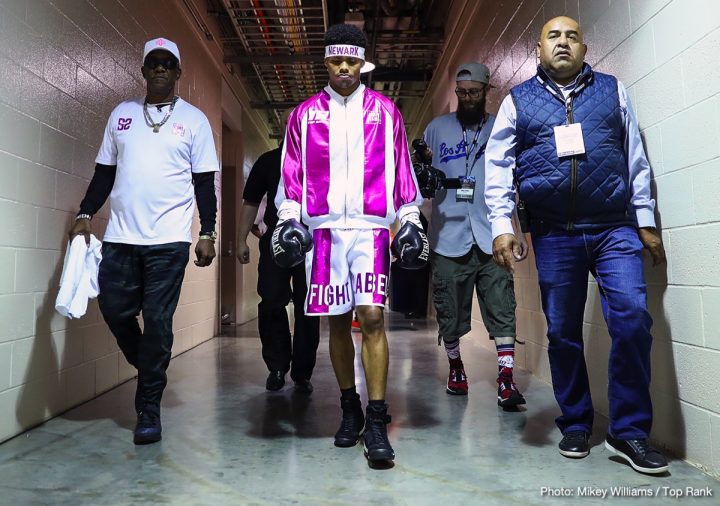 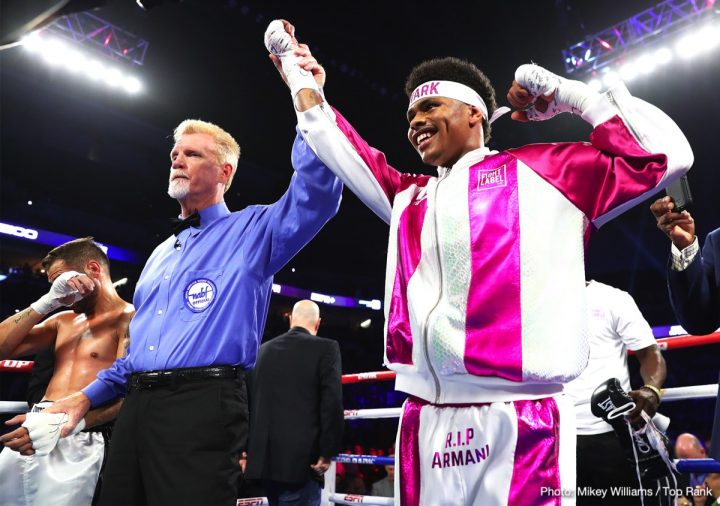 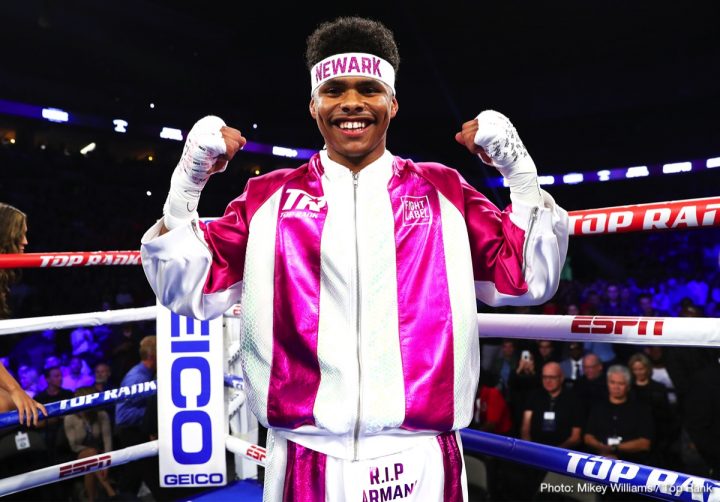 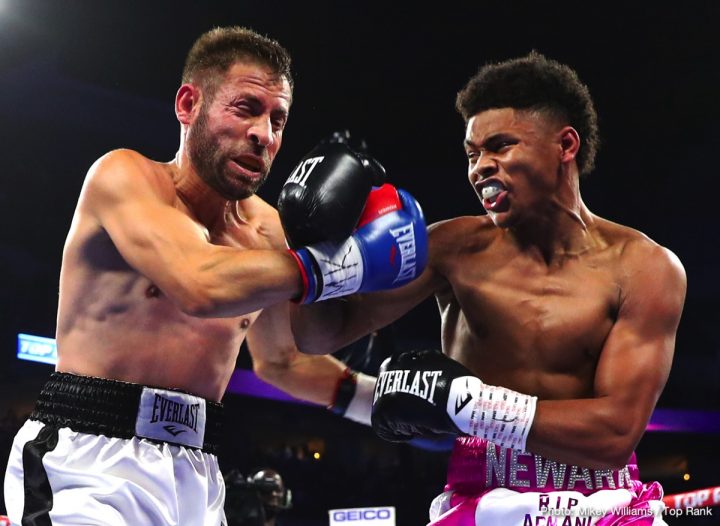 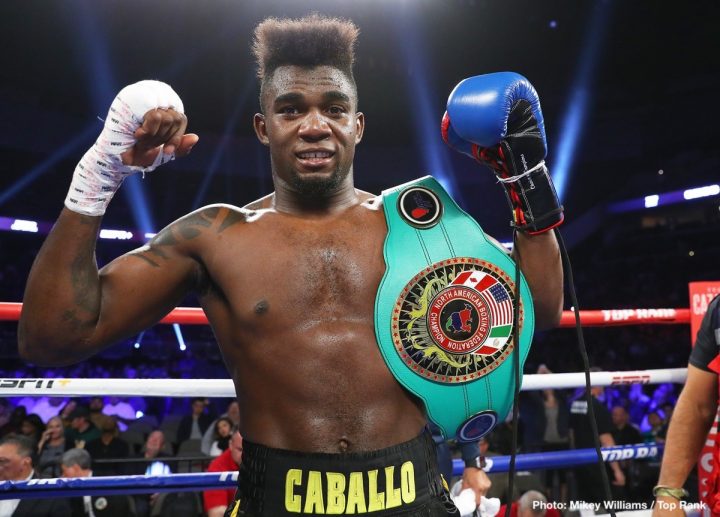 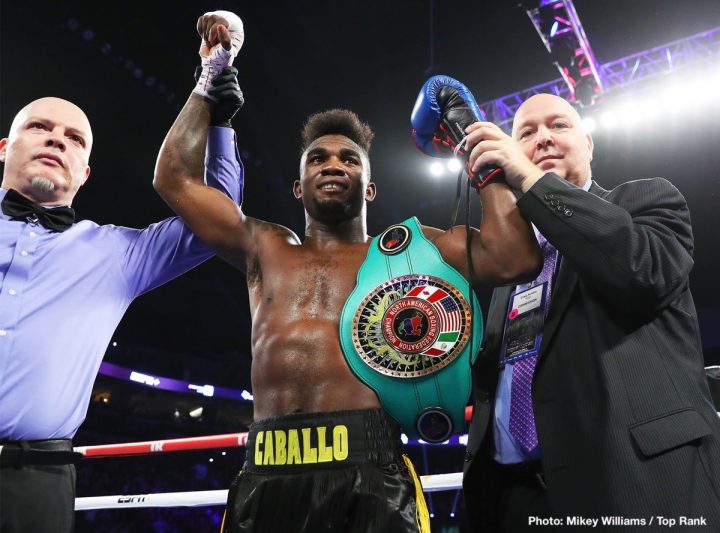 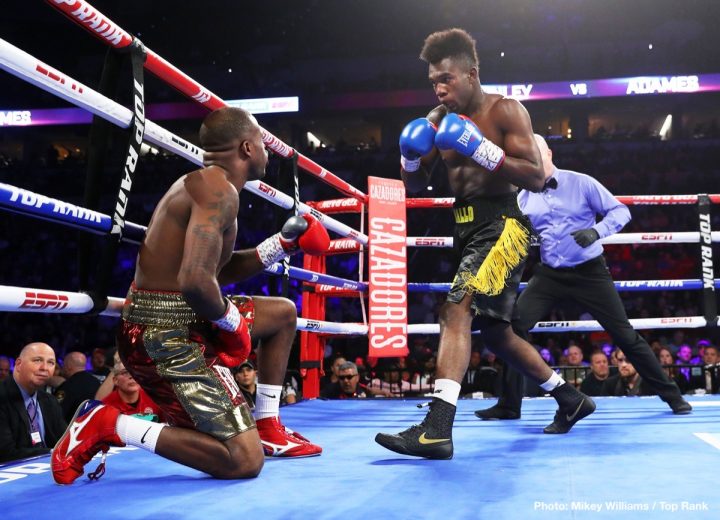 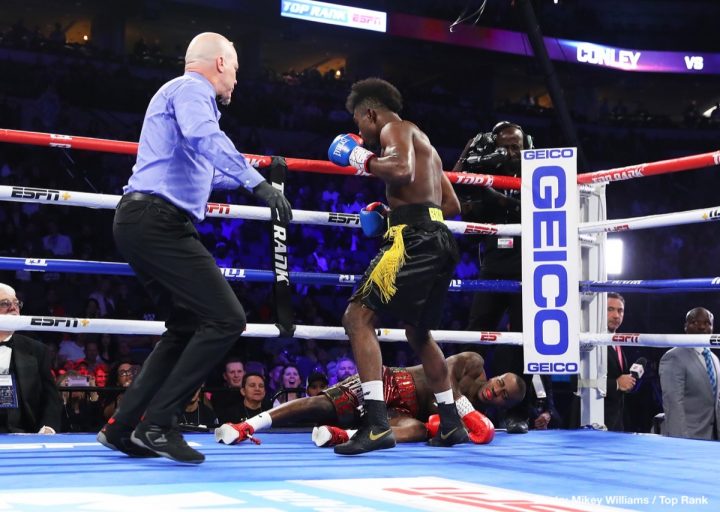 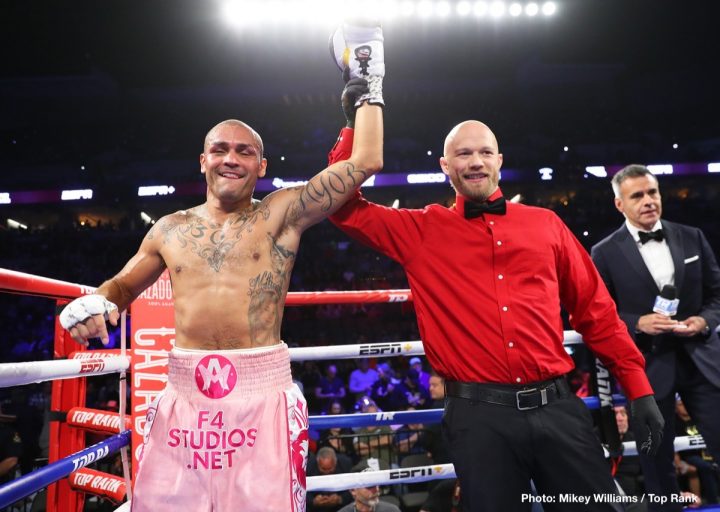 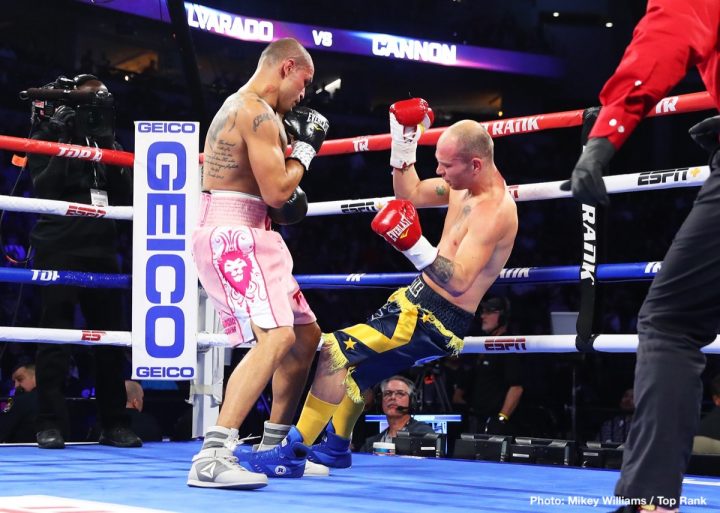 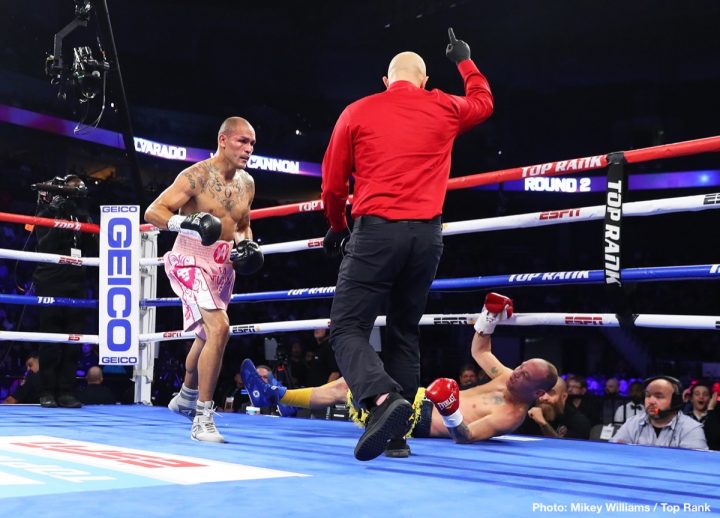 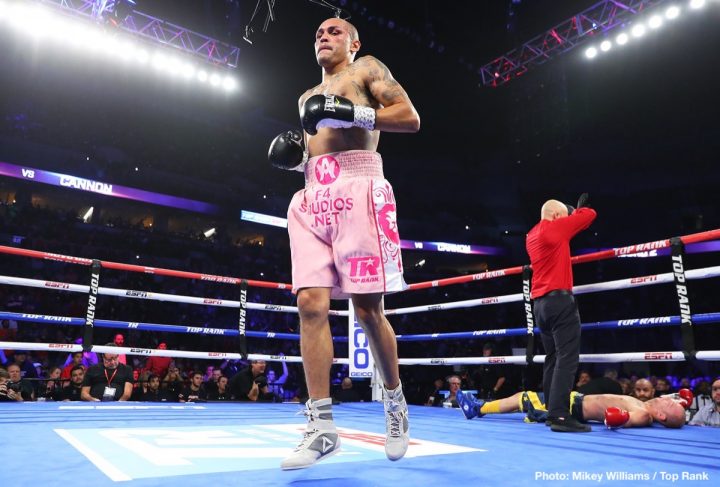 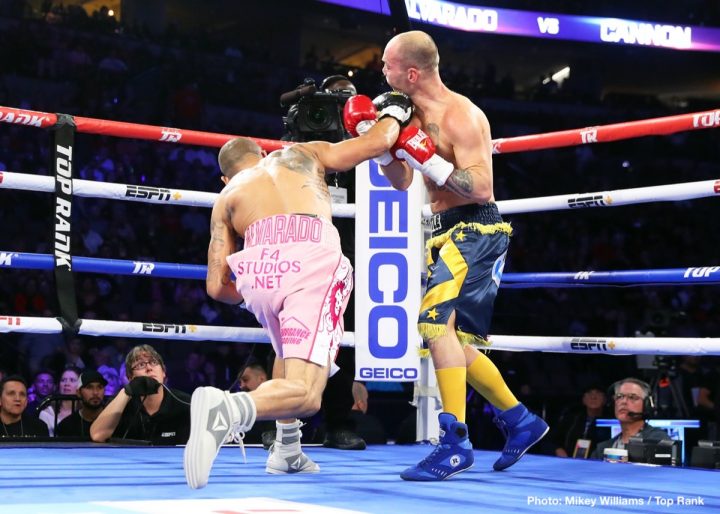 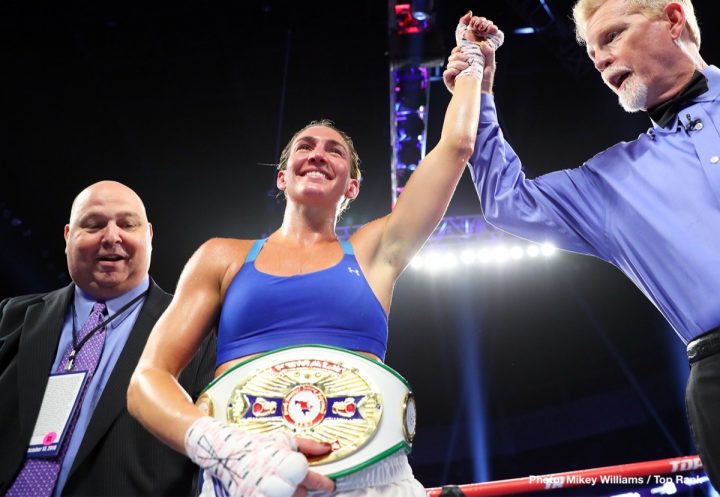 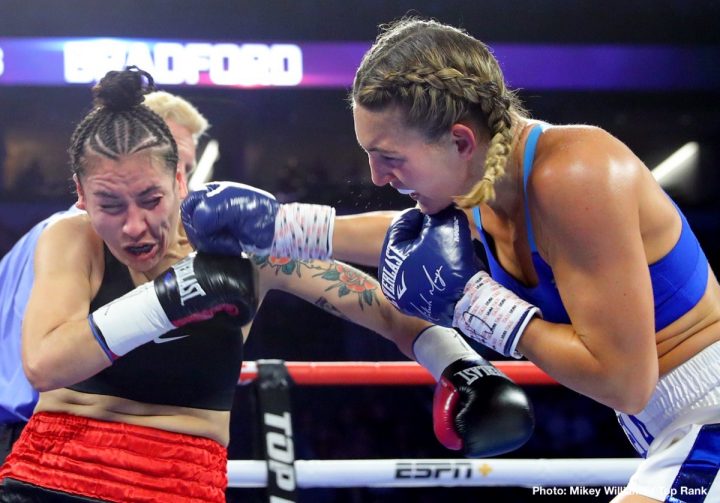 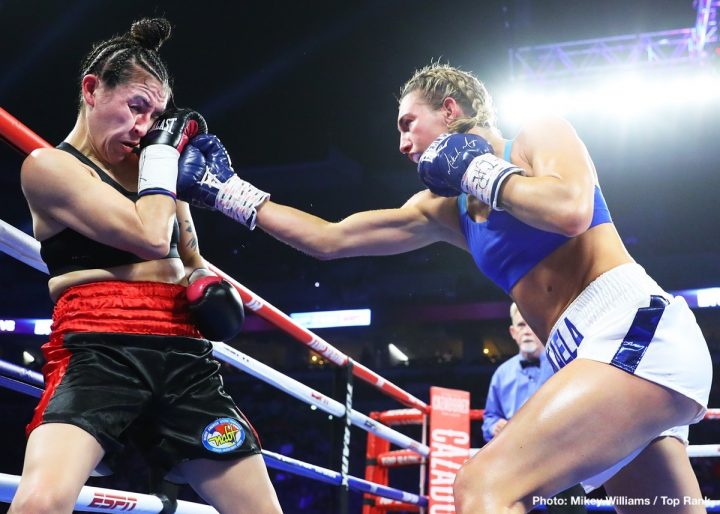 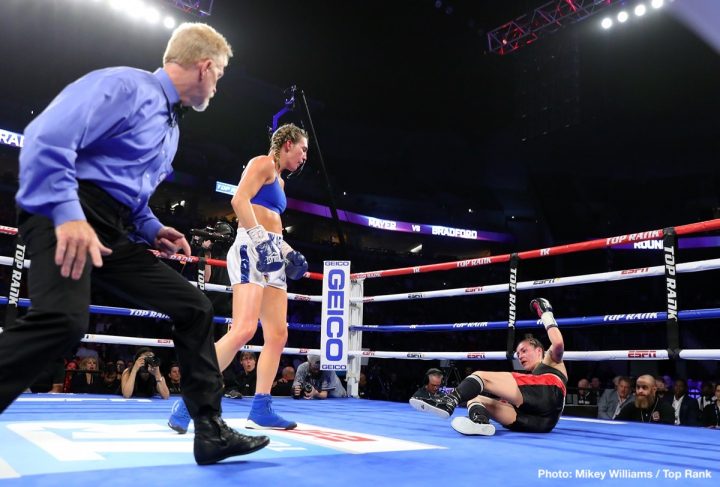