Breazeale hoping to face Deontay Wilder in summer of 2019 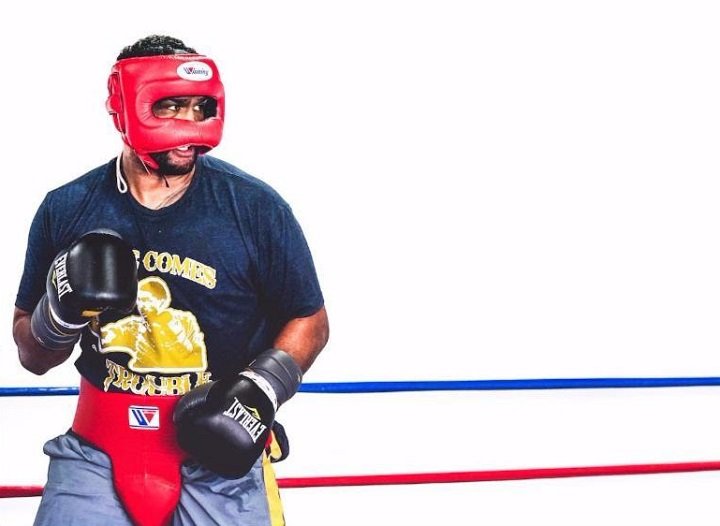 Breazeale has to make sure he doesn’t lose his next fight against 2008 Olympian Carlos Negron (19-1, 16 KOs) on the undercard of Jermall Charlo vs. Willie Monroe Jr. on December 22 on Premier Boxing Champions on Fox and Fox Deportes at the Barclays Center in Brooklyn, New York. Breazeale can’t afford to lose to the 6’6″ Negron for him to keep his WBC mandatory status.

A win for Wilder over Fury will set the wheels in motion for the WBC sanctioning body to order Deontay to defend against Breazeaale, who has been waiting patiently for his title shot since he defeated former two-time heavyweight world title challenger Eric Molina by an 8th round stoppage last November in their WBC title eliminator at the Barclays Center in Brooklyn, New York. It’s been 11 months since Breazeale, 6’7″, earned the mandatory position over #1 WBC Dillian Whyte for a title shot.

The worst thing that could happen to Breazeale would be Fury, 30, defeating Wilder on the 1st of December, which would result in a rematch between the two giant heavyweights. wilder, 32, was wise to have a rematch clause in the contract with Fury. A loss for Wilder will result in an immediate rematch with Fury. That would mean that Breazeale will have to likely wait until 2020 before he gets a title shot against Wilder.

– Wilder loses to Fury on December 1

The fight that Breazeale, 33, is pining away for is a rematch against Anthony Joshua, who stopped him in the 7th round on June 25, 2016 at the O2 Arena in London, England. There’s a lot of money that Breazeale can make in a rematch with Joshua, more than what he’d get for a title shot against Wilder. It helps Breazeale for Wilder to delay as long as possible before he gives him his title shot, because if Joshua can get a hold of the WBC title, then that sets up a big payday fight for Dominic.

“That’s the fight that I’m working for,” said Breazeale about a rematch with Joshua. “The next time I get to square off with Joshua in the ring is going to be the biggest fight of my life.”

Breazeale says his reason for wanting to fight the 6’6″ Joshua again is to erase his only career loss, but it’s hard not to believe that the major reason for him wanting that fight is for the huge payday that would come with it. If Breazeale can fight Joshua as the WBC mandatory challenger, it would ensure him a 25 percent cut of the revenue for the fight, which is sadly almost double the percentage split that the wily Matchroom Boxing USA promoter Eddie Hearn has been offering Deontay for a fight with Joshua.

Hearn has been offering Wilder what amounts to be an 85-15 split for the Joshua fight by offering him a $15 million flat fee. The fight could bring in $100 million, so Joshua would get $85 million to Wilder’s $15 million. If Breazeale gets a 75-25 split with Joshua, he would be doing better than Wilder in what’s being offered to him. Obviously, Hearn’s offers to Wilder it pretty clear that he has no intention of making the Joshua-Wilder fight. Some boxing fans think Hearn is just using Wilder’s name in order to try and increase his fighter’s popularity in the United States, which is a huge country. Right now, Joshua has no footprint whatsoever with the big 325 million population of the United States. But with Hearn frequently mentioning wanting to put together a fight between Wilder and Joshua, it’s increasing the name recognition of his fighter AJ with the American boxing fans.