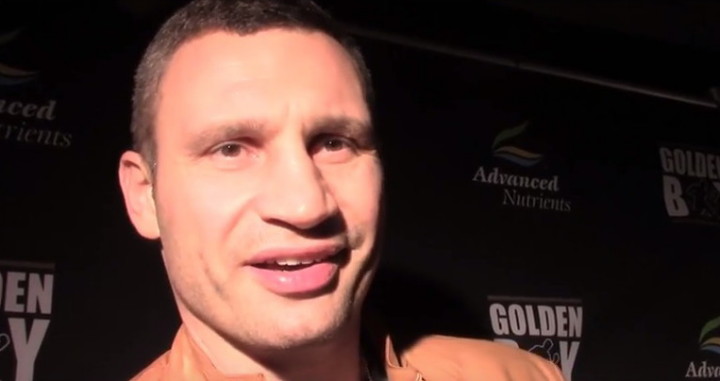 By Alex Leffew: Where did it go wrong? When did it end? America’s dominance of the heavyweight landscape had been a relative foregone conclusion since the advent of the World Heavyweight Title. For more than a decade a geographical shift of heavyweight talent moved the most prized possession in sport East.

With few truly promising talents in America over this time span, fighters like Lennox Lewis in the UK picked up the slack. It was an inevitability however, that the West would lose its hold. Heavyweight boxing was not dying though. Heavyweight boxing was not going extinct. It had simply migrated away from the hostile and infertile gyms and television contracts of America. Leaving fallow, a neglected field of athletic talent. In America, where heavyweight boxing was once king, a nation no longer held fast to its monarchical lineage. The title, the nation, without ambiguity, was an era in exile.

Where did it go wrong? When did it end? Many observers might point to the decline of stalwarts Evander Holyfield and Mike Tyson. For brevity we will use these two pre-emanate fighters as our X,Y factors for this equation of America’s success on the heavyweight scene. Two prominent global superstars of sport who individually, and collectively (for better or worse) captivated a massive audience of fans who were not necessarily followers of boxing. Their era was a collective of talent and turmoil. The champions of the late 80’s and the 90’s are remembered as much for the dominance of Mike Tyson and warrior DNA of Holyfield, as they are for prison sentences, drug addiction, failed matchmaking, and a ruthless business ethic that left a swath of talented gladiators almost literally in the poorhouse.

Was this uber competitive time an apex for the sport? Is this reason why an inevitable decline took place? Was It something deeper in the sport? A quick dissection reveals a culture of growth and development as necessary for success in the professional ranks. Our X,Y were amateur successes. Like many champion fighters of their generation they were well schooled. Holyfield’s skills were grown by loving mentor Carter Morgan. If not for an egregious lapse in refereeing against an over-matched Kevin Barry, Holyfield would’ve most assuredly been a gold medal Olympic champion. Tyson’s undergraduate work is well documented. A National Golden Gloves champ who was forged and honed by philosopher of sport and legend Cus D’amato.

Both Tyson and Holyfield followed an unfortunate path towards retirement. Predatory well-known promoters and an incessantly hounding media entity chronicled domestic abuses, bankruptcies, and a litany of missteps. Tyson’s fall perhaps more glorious for its excesses wasn’t much different from other American heavyweight’s like Tommy Morrison or Tim Witherspoon. Holyfield was more low key, but both him and Tyson chose to box well past their primes and suffered unfortunate and crushing defeats. Tyson’s most notably in 2002 at the hands of the powerful Lennox Lewis in an eight-round massacre where the only thing Tyson showed was heart. Holyfield’s came three in a row from 2002-2004 against opponents who ranged from capable former middleweights (Chris Byrd, and James Toney) to a man who was never champ.

Our very basic and two-dimensional dissection of the amateur decline of America’s heavyweight talent could easily be labeled as directly proportional to what happened in the pro ranks. As the 90’s rolled on the athletic talent was still evident in the division. Olympic successes like Riddick Bowe, and Ray Mercer all had careers any aspiring boxer would be happy to achieve. But few came behind them. What happened in the years to come does not require much intelligence to deduce. The last American heavyweight medalist was Deontay Wilder (a bronze medal winner) in 2008. America’s last super heavyweight gold medalist? Tyrell Biggs in 1984. When the foundation is faulty the house will fall. So what the hell does this have to do with the era of exile?

In the East over the same time span, the converse of their amateur system is true. While the Soviet Republic fell and the separate nations cordoned themselves off, something from the old culture still remained. A regional structure of amateur and Olympic development. A major mandate from the 1960’s USSR that grew an incredible roster of talent in all sports. Talent spanning laterally across the USSR included basketball legend Arvydas Sabonis in Lithuania, and weight lifters like Vasily Alekseyev in Vladivostok. The early soviet fighters were relatively late to the sport of boxing. But once they caught on (much like the Cubans) were still not yet allowed to compete professionally. Unlike the Cubans, this changed post-Perestroika.

Our X,Y factors on the other side are invariably the Klitschko Brothers. Elder Vitali, a trained kickboxer with more than 35 bouts. The younger Wladimir, multi-lingual, naturally athletic, and the 1996 Olympic super heavyweight gold medal champion. For every Soviet stereotype that ever existed, here stands two brothers roughly two meters tall. With PhD’s. Born in Kazakhstan to a former Soviet Military Officer, the Klitschko’s trained diligently across much of what we now know as Eastern Europe. As Wladimir cut his teeth climbing the world amateur ladder and training often in Gwardia Warszawa Boxing Club, his elder brother was winning the World Military Games as a super-heavyweight in Berlin.

When they turned Pro in 1996 the last two Olympic champions in HW or SHW were Cuban or from a former Soviet nation. Since 1992 every HW Olympic champion boasts the same credentials. Since 1992, three out of seven SHW champions likewise hail from the same. Like all great pugilistic tales, the Klitschko road to HW dominance was not without its bumps.

Wladimir suffered several embarrassing defeats which culminated in being trained by Emanuel Steward and a subsequent eleven-year reign atop the division. Vitali, after an injury against (former Olympic middleweight medalist American) Chris Byrd forced a loss, had one last battle to quell the west’s quest to remain relevant. This was a brutal and hotly contested brawl against the aging former Olympic king, Lennox Lewis in 2003.

This is where the era of exile truly began. Lewis who had struck down both Tyson and Holyfield would not opt for a rematch and would retire. From here on, the rest of the world offered little resistance. Former Soviet Republics boasted various top HW professionals like Sultan Ibragimov, Alexander Povetkin, Siarhei Liakhovich, and the giant Nikolay Valuev. They were not well known or particularly respected in the west, despite drawing large crowds in their former Soviet homes. The Klitschko’s fought often in Germany in front of sold out soccer stadiums of 50,000+ on national television.

Vitali would retire in 2012, unbeaten in nine years, leaving behind his WBC title. Wladimir would fight on. In 2015 the tide shifted away from the East. Deontay Wilder captured Vitali’s former title from Bermane Stiverne. Wladimir lost his to the UK’s boisterous “Gypsy King” Tyson Fury. As Vitali moved on to pursue politics in Ukraine, Wladimir made an attempt to wrestle his belts back. However, he had to do so against a fellow Olympic champion (2012), the UK’s Anthony Joshua. The younger Klitschko was unsuccessful and was knocked out late. All major titles were back in the hands of the west for the first time in more than a decade.

Over the span of the approximately twelve-year exile, pessimism and apathy replaced the excitement the USA and the West had for the heavyweight champion. Nostalgia of what was has hindered the appreciation for what can be, and what is. Gone, are the magnanimous television and promotional contracts. Gone, are many of the predatory media and managerial entities who once fed on the mistakes of its fighters. What is known, is that the belts have returned. Perhaps its time to recognize this. The era in exile is over.