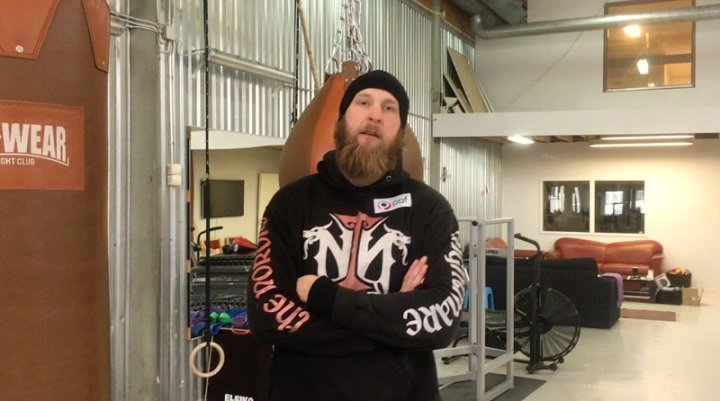 by Jim Dower: Former heavyweight contender Robert Helenius (26-2, 16 KOs) will be fighting an eight round rematch against 31-year-old journeyman Yury Bykhautsou (10-16-3, 5 KOs) on August 11 at the Operastage in Olavinlinna, in Savonlinna, Finland.

In a big surprise, the 34-year-old Helenius barely squeaked by Bykhautsou in defeating him by an 8 round split decision last March in Estonia. This was supposed to have been an easy fight for Helenius, but it turned out to be a much harder one than expected. Helenius is taking his career backwards to face Bykhautsou a second time seemingly to try and improve on the performance from the first fight.

Helenius was beaten by Dillian Whyte by a 12 round unanimous decision last October in Cardiff, Wales. Helenius took the fight on short notice, and gassed out almost immediately after two rounds. The high point for the fight for Helenius was him hurting Whyte in the 2nd round with a big right hand. The shot caught Whyte perfectly and had him out on his feet.

It would be better for Helenius to try and avenge his 6th round knockout loss to Johann Duhaupas from April 2016. Helenius was dropped in the 4th and 6th round of that fight by the 6’5” ‘Reptile’ Duhaupas. Helenius should have at least attempted to avenge the loss because it looks bad on his resume. Helenius fighting a rematch against Bykhautsou is less important than trying to avenge the loss to Duhaupas, which has never happened. Bykhautsou came into the fight with Helenius having lost 16 out of his previous 22 fight. Bykhautsou was stopped in the 6th round in his previous fight to Huseyin Cinkara.

Helenius is getting up there in age at 34. He should be facing better opposition than he is right now because it’s going to take him a long time to get a world title shot if he’s facing guys like Bykhautsou. Helenius’ once promising career has slowed down since his controversial 12 round split decision win over Dereck Chisora in December 2011. Helenius suffered a shoulder injury in that fight in Helsinki, Finland. The injury kept Helenius out of the ring for 11 months. When he did return to the ring in November 2012, he struggled to defeat journeyman Sherman Williams by a 10 round decision. in Helenius’ fight since then, he’s beaten Michael Sprott, Andras Csomor, Beka Lobkanidze, Franz Rill, Konstantin Airich, Gonzalo Basile, Evgeny Orlov and Bykhautsou. For some reason, Helenius hasn’t taken his career to the next level to start challenging himself.


« In-depth with Antonio Tarver: ‘I’ll be ready to shock the world one more time’