In-depth with Antonio Tarver: ‘I’ll be ready to shock the world one more time’ 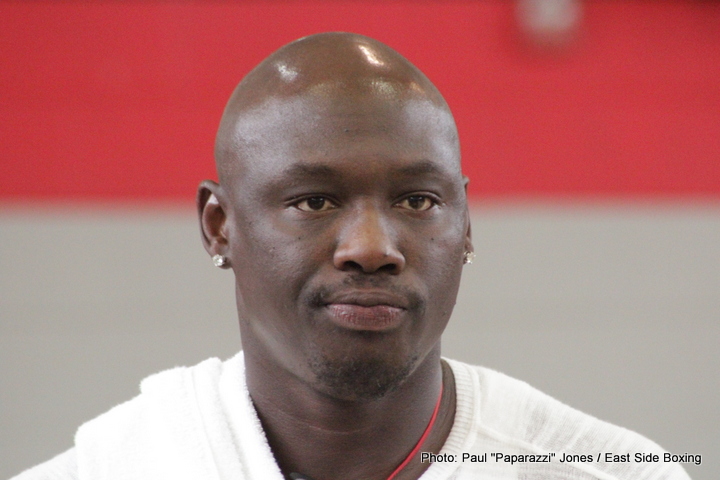 By Ian Aldous: You just can’t keep a good man down. After three years of inactivity, ‘The Magic Man’ wants another chance to write the final chapter of the multi-time world champion’s decorated career on his own terms. Not only that, but at the same time he wants to see his son, the undefeated Antonio Tarver Jr., catch a break in the sport. Last week, Florida’s finest took some time to talk with me in detail about the highs and lows of his lifetime in the game.

Tarver on the difficulty of getting fights for his son, Antonio Tarver Jr.:

“He’s 5-0 with four knockouts and it’s been tough getting him going consistently. I think, in the near future we’ll be settled with the right team to move forward and allow him to realise his goals of becoming a champion. Junior is solid, man. He’s been around the game his whole life. I personally never wanted to force him to box, but he was born in it and now that he’s taking it on, I realise that he’s gifted. I don’t know if they (promoters) think it’s a sell job, but anybody with eyes can see that he has raw talent. He’s in the trenches with me, he’s getting all the experience he lacks, and I’m giving it to him. I’m ready to step him up. He’s a six-round fighter now and we’re ready to take on some challengers, but it don’t seem like we can catch a break and we’ve just got to keep pushing forward. It was hard for me even with the bronze medal around my neck. It was difficult even with my stellar amateur career. It was difficult for me to get off the ground. It took me four fights to even get a promoter. I left the ’96 Olympics with no opportunities, no offers and I had a bronze medal around my neck! So, I’m used to this. They’re going to miss the boat because I lay my credibility on the line – I truly believe he’s a diamond in the rough and the apple fell right on my head. We’re challenging any of these 154lbs-160lbs guys out there that want to get some southpaw work to bring him in. You can take a look at him for yourself.”

Tarver on the night he knocked out Roy Jones Junior and shocked the world:

“I remember that all my hard work, dedication, commitment and dreams came true. It was just me coming to the light, man. I just believe that it was meant to be. I didn’t plan on Roy Jones being there, it could have been anybody. It could have been any of the great fighters. I wanted to be great and considered amongst the very best and (the) only way you do that is you beat somebody of that calibre. I worked my whole life for that. I didn’t just arrive there. I was one of the greatest amateurs of all-time. I beat everybody that was ranked above me and when I knocked out Eric Harding, it was too late, I had arrived. I truly believe if Roy Jones wouldn’t have ducked me and fought me when he was mandated to fight me – I don’t know if I was ready to win that fight.”

Tarver on stepping back in the ring:

“If I get that phone call, I’ll be ready to shock the world one more time. I’m not giving up on myself. I don’t give a fuck if I’m fifty-five – the ‘Magic Man’ is coming back. They won’t put these guys in the ring with me, that’s what I don’t understand. They always say ‘I can’t do this, I can’t do that’, well let’s see. Let somebody knock me out, let somebody beat my ass. Why can’t I go out on my shield? I think I earned that right as a five-time champion.”

Tarver on the heavyweight division:

“There’s no names out there in the heavyweight division, but two. I’ve never lost at heavyweight, I’ve never lost at cruiserweight. The last time I lost a fight was in 2009 – wrap your mind around that. I’ve never been knocked out or stopped in a contest, amateur or pro. I gave this sport all my life since I was ten years-old and I’ve been the best at every level, if you go back through the history, hate me, like me or not – on every level I was the best.”

Tarver on his June 10th fight with Travis Kauffman falling though:

“I’m just now getting the treatment that I needed. I had two tears in my left shoulder. I couldn’t put no pressure on it and I didn’t want to get into a fight where I know that all the chips are stacked against me and I just wanted a fair shot at it. After being told for the last two years, the New Jersey suspension would be handled – it never was and right up until two weeks before the fight, I couldn’t even get a FI federal ID card because of it. As fighters, it’s important to have clarity leading into any fight and I had none, so I walked away from it and still today I’m on the suspension list. If they really wanted me to fight, that would’ve been the first thing taken care of knowing that I can’t fight without a licence.”

Tarver on his shoulder injury recovery:

“I got the stem cell treatment by Dr. Lox here in Florida, one of the leaders in his field. I had the same injury that Lomachenko and Jarrett Hurd had, but you look at those guys and they had four cuts on their shoulders – I couldn’t do that. I’d rather do the stem cell replacement. I just had the procedure two days ago and right now I’m sore as hell. I can’t lift my arm up, but they said it would be sore for a couple of days. I’m hoping that this is the answer and I can get back close to whatever 100% is for me and then give a go at it.”

Tarver on the difficulty of his comeback:

“I don’t even have a manager or a promoter. I’m out here by myself. I’m making some connections here locally in Florida, but I need some people to get behind my comeback. I need some people to believe in magic and give me an opportunity. I’ve been the underdog five times and won the title, if anybody believes – I believe. I haven’t given up, I haven’t quit, you can see that. I’m still motivated and the passion still runs deep. I’m the epitome of what a champion is and I’ve got a hell of a story to tell. I want to tell that story in the ring. I’m telling you right now, I’m a heavyweight and I think my skills and experience trumps all that shit that they putting out there right now. You can have all the power in the world, but if you can’t land a punch – it’s useless. I want my shot. I want to fight for the heavyweight title.”

Tarver on his next step:

“I feel if given the opportunity, we get one or two tune-up fights and you’ll see me come into my own. You’ll see the skill, the timing, the execution. Look at the last eight years of my career, look at the inactivity. How the hell can you be a top fighter when you fight once a year or every fourteen months or eighteen months? You can’t get nothing going like that.”

Tarver on passing his knowledge to the next generation of fighters:

“I’ve got my ‘training with the champ’ going on here in Florida and we want to bring that to the internet because everybody can’t get down here to Tampa, but I see that a lot of people like and respect what I’m teaching and showing these young fighters. I want to put that on the internet, so people all over the world can be able to be right in the gym with me getting those lessons on the technical aspects of boxing and how you truly approach the game. Go to officialantoniotarver.com to book your sessions with the champ.”

“I want to write my final chapter because I’m not going out like this, that’s what champions do. If you think I’m anything less than a champion then you’re sadly mistaken.”