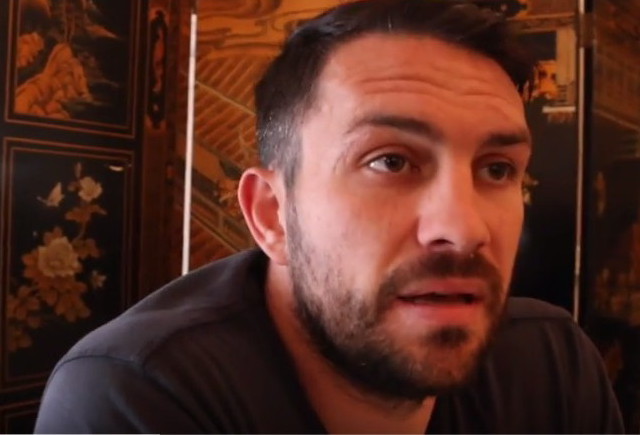 The 36-year-old Smith has lost four out of his last six fights, and he’s never beaten anyone that can arguably be called a world class fighter. What’s interesting is that Smith is still rated #14 with the WBA despite the fact that he hasn’t fought in a year since his loss to Zeuge.

“Today marks a year since my last fight, so now is as good a time as any to announce my retirement from fighting,” Paul Smith said on his Instagram on Sunday.

Smith looked bad in losing to Zeuge, but he blames the performance on his age rather than the fact that he wasn’t good enough. Smith had lost to Arthur Abraham twice in title challenges in 2014 and 2015. Smith also was beaten by Andre Ward by a 9th round knockout in June 2015. After Smith’s first loss to Abraham in 2014, he complained and said he should have been given the victory. All the complaining by Smith paid off with him getting a rematch in 2015, which he lost as well. There was literally no reason for a rematch, as Abraham clearly beat him.

“In that fight I was seeing things in my head that my body just couldn’t do and I felt my age in there,” Smith said. ”That fight wouldn’t have been a problem for me a year earlier.”

I hate to disagree with Smith but I don’t think he would have done any better against Zeuge a year earlier or even three years earlier. Zeuge was simply a better fighter than him.

If Smith had stayed at the British level, he’d have had a fine career. Smith was only beaten three times when he was fighting at the domestic level in losses to George Groves, James DeGale and Steven Bendall. DeGale and Groves moved up to the world level after they pounded Smith. With those guys gone to world honors, Paul could have stayed at the domestic level and found success for a long time, but instead he moved up to world level and was beaten by Abraham, Ward and Zeuge. Smith never beat any world class fighter. Smith lost to every world class fighter he ever faced, which should have been a hint to him that he needed to stay at the domestic level.

“I ruptured a ligament in the right hand to add to it, needing an operation, the fifth of my career,” Smith said. ”The hand took a long time to get back to strength but my mind was made up after the fight. I talked with my wife and my brothers and the decision, although tough to say out loud, wasn’t tough to make. I’m healthy and I’m happy,” Smith said.

Smith could have stuck around and likely been given another world title shot sooner or later, but his chances of winning would be zero. Look at Martin Murray. He’s no better than Smith, and he’s been given four world title shots and he almost was given a fifth title shot.

Smith has a good gig with Sky Sports as a commentator. That’s a decent job for Smith to hold.

« Spence: Ocampo didn’t have any power, I want Jessie Vargas next