Austin Trout looking for a huge upset over Jermell Charlo 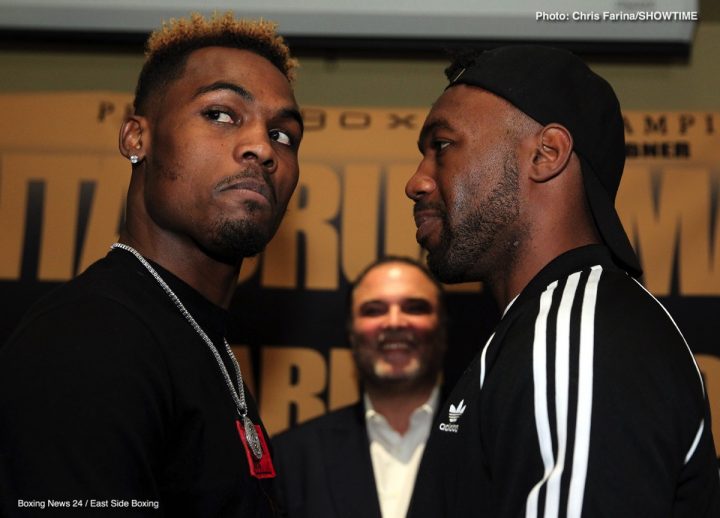 At 32, Trout’s career as a championship level fighter appears to be all but done. He’s lost 2 out of his last 3 fight, and he hasn’t beaten a named opponent since his 12 round decision upset victory over Miguel Cotto in December 2012. Trout is hoping he can pull off an even bigger upset against the 28-year-old Charlo on June 9.

While it’s not likely Trout will be able to win this fight, anything is possible. Charlo has been sweating like a dog in his workouts this week and looking like he might not be in the best shape. IBF welterweight champion Errol Spence Jr. has been really pushing Charlo, and he doesn’t seem to have the same high-level conditioning as the champion. If Trout is watching how gassed out Charlo is after his workouts, he’s seeing his best chance of winning by tiring him out with a fast pace.

The types of guys that have given Jermell trouble in the past are fighters that have pressured him constantly and thrown a lot of shots. The fighters that Charlo does well against are guys that look to throw one punch at a time, and who are hesitant to let their hands go.

“I’m trying to rewrite my story with the career defining win,” Trout said to ESPN.com. “Beating Jermell Charlo will be career defining. It will be bigger to me than beating Cotto in the Garden, straight up. I ain’t looking towards the past. I’m always looking to the future. And the future, it really is going through Jermell.”

Even though the 5’9” Trout has lost two out of his last three fights to Jarrett Hurd and Jarmall Charlo, he gave them both a lot of trouble. Those were far from easy fights for Jermall and Hurd. Jermell is not viewed as being in the same league as his brother Jermall or Hurd, so Trout has a decent chance of winning this fight if he can push a fast enough pace to wear down his opponent. Jermell is not a stable fighter with a long shelf life. You can see that when watching his fights.

Jermell is not someone that is going to be around for a long time in my opinion. Trout has the ring smarts and the style to give Jermell huge problems. The only thing we don’t know is if Trout will be given credit for what he does inside the ring by the judges assigned to the fight. Jermell is coming in as the World Boxing Council 154lb champion and the A-side. He’s the one expected to win. If the rounds are close, Jermell is probably going to be getting most of them, because he has the better punching power.

Hearn: Deontay Wilder has to accept our offer or move on »