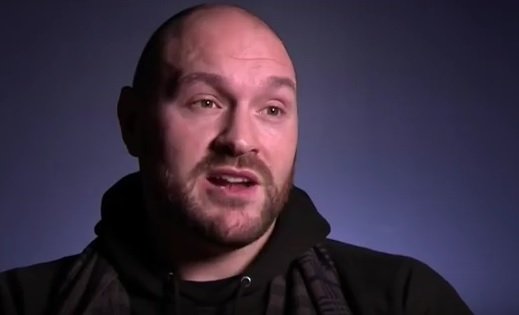 By Scott Gilfoid: Tyson Fury says he’s interested in facing 49-year-old Antonio Tarver and 46-year-old Shannon ‘The Cannon’ Briggs, but not for his comeback fight in April. The unbeaten 29-yer-old Fury (25-0, 18 KOs) called out both old former world champions on Friday on social media, letting them know that he’ll be sending contracts to both, and telling them to start training.

It would have been better if Fury had at least waited until he’d fought his comeback fight in April before calling out Briggs and Tarver. Fury should be calling out opponents for his NEXT fight, not guys that he’ll be fighting at some point 1 to 2 fights from now. It doesn’t make sense. It’s likely that Fury originally had hopes of fighting Briggs or Tarver next in his comeback fight, but then he came to his senses and realized those guys might beat him. Even old timers like the soon to be 50-year-old Tarver and 47-year-old Briggs would have a chance of beating Fury at this point.

It appears that Fury is looking to get nice paydays against well-known inactive, older fighters that are little threat to beating him. Tarver hasn’t fought in 2 ½ years since fighting to a 12 round draw against Steve Cunningham on August 14, 2015. That’s a long time for a fighter to be out of boxing, but Fury hasn’t fought in over 2 years. The difference is Fury is only 29, and he’s not about to turn 50-years-old in November like Antonio Tarver. For Fury to be calling out old timers like Tarver and Briggs, it looks bad. It just comes across like Fury is trying to get easy paydays by picking out old fighters that are recognizable to the casual boxing fans. The fans probably won’t know how old Tarver and Briggs are, and they’ll get excited about Fury facing them.

Here’s what Fury said on his social media in calling out Briggs on Friday:

“This is a message to Shannon “The Cannon” Briggs. First of all, let’s go Champ! Second of all, I am going to send you a fight contract, get you signed up good and proper so you have something to train for. Keep yourself in shape, get fit, pump a bit of iron and do a bit of sparring. You can even come and do a bit of training if you want. No problem. We will get it on – a contract is coming your way from me.”

Briggs (60-6-1, 53 KOs) hasn’t fought in almost 2 years since his 1st round knockout win over Emilio Zarate on May 21, 2016. Briggs had been active from 2014 to 2016, but he’s disappeared since then in sitting on the shelf. Fury can probably make some decent money fighting Briggs and Tarver, but it just seems so wrong. It looks bad when a young heavyweight like Fury combs the list of older, inactive fighters and handpicks one of them for an easy payday. I don’t think it’s good for the boxing public, and I don’t see it helping further Fury’s career other than getting a payday the easy way. Fury would be better off leaving Tarver and Briggs in their retirement and focusing instead on targeting high caliber journeyman for the time being. There are a lot of high level journeyman fighters that Fury can fight to get a nice tune-up. Dereck Chisora and David Allen would be perfect. Those are easy marks for Fury. Chisora is still ranked in the top 15, but he’s pretty much a journeyman at this point in his career. Fury has already beaten Chisora with ease on 2 occasions. Beating him a third time should be a cinch.

Fury seemed to come to his senses later today in sending out a second tweet about Tarver and Briggs in saying this:

It almost looks like the boxing public is getting an early glimpse of what Fury’s future will be like when he’s old, past his prime and trying to scratch together fights by grooming the old timer’s ranks for opponents. It reminds me of how Roy Jones Jr. has been putting together fights lately in picking out guys that have very little chance of beating him. It would be sad if Fury’s once promising career winds up with him constantly on the lookout for old timers for him to pad his record with. I would hope that Fury would take the high road by retiring once it’s clear that he no longer has the talent to mix it up at the highest levels of the heavyweight division. I just don’t think Fury will. I get the impression that Fury will drag his career out for as long as possible fighting lower level heavyweights until the fans stop showing up to see him fight.