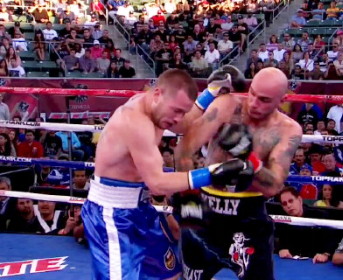 By Tim Royner: Former middleweight champion Kelly ‘The Ghost’ Pavlik (40-2, 34 KOs) says he almost came back last year for a fight against 160lb champion Gennady ‘GGG’ Golovkin. Pavlik said they wanted him to fight Triple G, but there was no way that he could make middleweight at that point in his life. Pavlik says he never seriously gave it a consideration.

Pavlik vs. Golovkin would have been a great fight for the fans. It’s too bad it take place.

Pavlik, 35, says he’s done well with his investments since retiring 6 years ago from boxing, and he sees there being no real need for him to make a comeback. One condition in which Pavlik (40-2, 34 KOs) would return to boxing is if he was given a big money offer of $12 million for a fight. Pavlik says he would come back for that kind of money.

Pavlik retired shortly after beating Will Rosinsky by a 10 round unanimous decision 6 years ago in July 2012. Pavlik finished his career with a 4-fight winning streak, albeit against less than the best opposition at super middleweight. The last time Pavlik fought at middleweight was in his 12 round unanimous decision defeat to Sergio Martinez on April 17, 2010. Pavlik had to work hard to make the 160 lb. weigh-in limit for the Martinez fight. To his credit, Pavlik made the weight, but he had nothing left during the fight with Martinez. Pavlik depleted during the fight, and he ended up getting bloodied and battered by the fresher Martinez.

“Maybe about a year ago,” said Pavlik to Fighthub, in talking about him having the desire to make a comeback to boxing. “It was an itch, but it wasn’t reality. I had a great career. I fought since I was 9 years-old. I have investments. I’ve had them since I was retired. There’s no need for me to comeback,” said Pavlik.

Besides the defeat to Sergio Martinez, Pavlik was beaten by Bernard Hopkins by a 12 round unanimous decision in a catch-weight fight at light heavyweight on October 18, 2008. Pavlik was given a boxing lesson by Hopkins in that fight. It was a mistake for Pavlik to move up from the middleweight division to take that fight, because he was an unbeaten fighter at 160 and he had a big fan base. Pavlik moved back down to middleweight after the defeat to Hopkins, and he was able to successfully defend his WBC and WBO 160 lb. titles twice more in wins over Marco Antonio Rubio and Miguel Angel Espino in 2009. However, Pavlik lost badly to Sergio Martinez in 2010 by a 12 round unanimous decision. That fight was the end for Pavlik as a middleweight unfortunately.

”They were talking about me and Triple G,” said Pavlik. ”I would never be able to make middleweight again. I had a real hard time when I fought [Sergio] Martinez,” said Pavlik in talking about his problems making weight for the 160 pound weight class. “You get that itch like a lot of fighters, but it was not reality. I might get it when I’m 45. I was a born fighter,” said Pavlik.

Pavlik was only 30-years-old when he walked away from the sport of boxing. That’s young. At that time, Pavlik was looking at the prospects of fighting at 168 against guys like Andre Ward and Carl Froch. Those fighters were better suited to the super middleweight division than Pavlik. It would have been tough for Pavlik to carve out an existence at 168 like he had at 160.

It’s unlikely any promoter will come forward with a big $12 million offer to Pavlik at his point. Pavlik vs. Golovkin would be a good fight, but the money wouldn’t be substantial. The newer boxing fans have little knowledge about Pavlik, as they likely never got a chance to see him fight. Pavlik was at his best during a small 3-year window from 2007 to 2009. During that time frame, Pavlik defeated middleweight champion Jermain Taylor twice, Gary Lockett, Edison Miranda, Marco Antonio Rubio and Miguel Espino. Pavlik’s weight problems ultimately ended his reign as the middleweight champion. That was pretty much the end for Pavlik. His power didn’t travel up with him when he moved to 168. In Pavlik’s last part of his career at super middleweight, he wasn’t as dominating in that weight class as he had been when fighting at middleweight. Pavlik struggled to defeat super middleweight Alfonso Lopez in beating him by a controversial 10 round majority decision on May 2011, and he was also forced to go the 10 round distance with Will Rosinsky in his final fight of his career in July 2012.

It’s unfortunate that Pavlik never fought Golovkin when he was in his prime. Golovkin was around during Pavlik’s best years, but he was fighting in Europe in Germany. It would have been interesting to see Pavlik and Golovkin mix it up between 2008 and 2010. It never happened unfortunately. 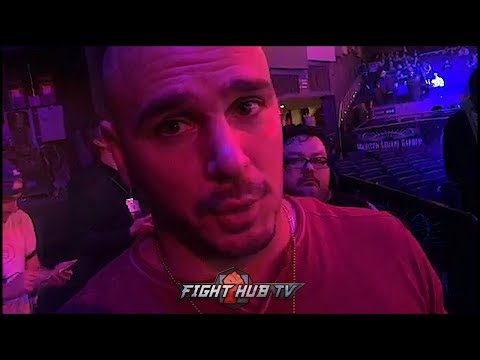 
« Rigondeaux not listed as champion in WBA’s new rankings