De La Hoya says Canelo might not face Golovkin next 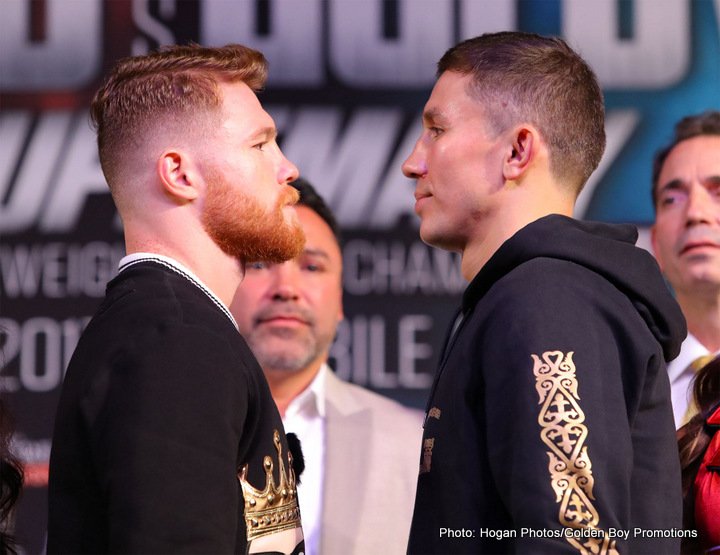 By Sean Jones: Saul “Canelo” Alvarez (49-1-2, 34 KOs) might not be facing Gennady “GGG” Golovkin (37-0-1, 33 KOs) next year on May 5, says Golden Boy Promotions boss Oscar De La Hoya. He says there are still other options out there that they’re considering in Daniel Jacobs and the winner of the Billy Joe Saunders vs. David Lemieux fight.

De La Hoya says Canelo will decide when they sit down and talk in the next few weeks. Canelo is the one that will be making the choice of who he wants. On one hand, De La Hoya says it’s up to the boxing public to decide who Canelo fights next, but on the other, he says it’s up to him. In other words, Canelo could elect to go against the wishes of the boxing public if they decide they want to see him face Golovkin in a rematch.

You can argue that Canelo has going against what the boxing public wants for the 2 years leading up to the Triple G fight. The fans wanted Canelo to fight GGG in 2015, but instead, he waited until September 2017 before finally facing him. Their fight resulted in the judges scoring it a 12 round draw, and the fans vehemently disagreed with the decision.

“They’re ongoing,” said De La Hoya about the Canelo vs. Golovkin negotiations. “They’re slow, nothing concrete. We haven’t discussed any details. The fight has to be made. Triple G wants it. Canelo wants it. Golden Boy wants it. After December, hopefully we’ll sit down and discuss when and where it’ll take place,” said De La Hoya.

It’s got to be a very hard decision for Canelo and Golden Boy to decide whether to take the rematch with GGG. There has to be some fear there on Canelo and Golden Boy’s side. After getting a dose of bad judging from his previous fight with Canelo, Golovkin doesn’t want to let the judges have any say so in the outcome of the rematch. This means that Golovkin will not be thinking of just going after another “decision fight.” He’ll be waning to destroy Canelo so the judges can’t take away another win.

“There’s Danny Jacobs, and then you have Lemieux vs. Saunders, which is a very interesting fight. So, you never know,” said De La Hoya about whether Canelo will fight someone else besides Golovkin in his next fight on May 5 on Cinco de Mayo. ”Whatever the fans want is what we’ll try to make. I know as a promoter the fight has to be made,” said De La Hoya about the Canelo-GGG rematch. “That’s the reason why we’ve already reserved Cinco de Mayo for Canelo, and we’ve reserved September for Canelo. Whatever Canelo wants. We’re going to sit down in the next couple of weeks and discuss future plans,” said De La Hoya.

If Canelo chooses not to fight GGG in a rematch in 2018, then there’s no other way to see it other than a case of him looking to age the Kazakhstan fighter now. Golovkin is 35-years-old now, and he already had to wait 2 years for the Canelo fight. Some boxing fans believe that was Canelo waiting for Golovkin to age so he could get him at the right point and not get knocked out like the other fighters were 2 years ago. Boxing isn’t like the NFL and NBA in which you must compete against the best. In boxing, you can dodge the best, and wait for your opponent to get old before fighting them.

The 27-year-old Canelo is 8 years younger than Golovkin, so he can afford to wait him out until he ages more if that’s what he wants to do. In terms of money, I don’t think it works for Canelo if he waits. Golovkin could lose to Danny Jacobs in a rematch or get beaten by someone like Jermall Charlo. If Canelo is more focused on not getting beaten by Golovkin now, then it might not be a big deal if Golovkin gets beaten by someone. Canelo will still have dodged a defeat.

Canelo fought well in the first 3 rounds when Golovkin was fighting cautiously and not throwing punches. Canelo appeared to win 2 out of the first 3 rounds. After the 3rd round, Golovkin figured out Canelo, and boxed him from the outside for the last 9 rounds, taking advantage of his short arms, inability to fight on the outside, and his slow foot speed. The last 9 rounds belonged to Golovkin with him using his jab to control Canelo, and keep him trapped against the ropes. Canelo landed 2 or 3 good shots in the opening minute of each round, but then he would get tired and eat jabs for the last 2 minutes of the rounds. Canelo tried to come on in the last 2 rounds, but Golovkin got the better of him in the exchanges and had him stumbling in the last 10 seconds of the fight. Golden Boy likely has a clever idea that Canelo would have a really tough tie trying to beat Golovkin in a rematch.

One fighter that De La Hoya isn’t mentioning as a potential opponent for Canelo in May is Jermall Charlo. Canelo never showed interest in fighting Charlo when the two of them were champions at the same time in the 154lb. division, and it looks like nothing has changed in that respect now that the two of them are competing at 160. Jermall would like to fight Canelo, but Golden Boy doesn’t mention his name for some reason. 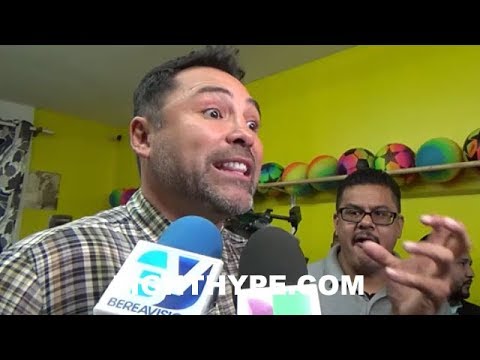 
« Jacobs came in at cruiserweight against Arias says Jackson