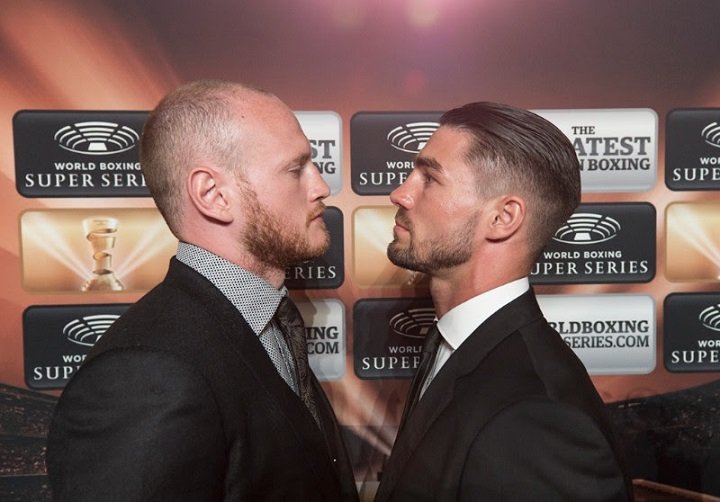 By Gavin Howie: In years gone by the Super Middleweight division was certainly one of my favorites growing up. The likes of Chris Eubank, Nigel Benn, Steve Collins etc. And more recently Joe Calzaghe, Andre Ward, Carl Froch, Mikkel Kessler to name just a few. Most of these guys faced each other and were involved in some memorable match ups.

At each time, there was always a recognized no1, or lineal champion. I feel the Super Middleweight division of today’s era, has no real recognized no1, and nobody could establish with any degree of certainty who the actual top dog at this weight is.

The upcoming World Boxing Super series, hardly excites me. Not nearly as much as the last Super Middleweight tournament that featured most of the top names at the time, and had several world titles up for grabs. This latest Super Middleweight tournament has only 1 genuine world title on offer. That being George Groves with the WBA Super, and with the bizarre WBA situation where they have 2 belt holders, Tyron Zeuge being the other as WBA regular champion. Chris Eubank Jr. has the IBO, but this is not recognized as 1 of the genuine world titles.

The whole idea of having a tournament would be to have a clear winner and no1, but this just can’t offer that status. No matter who wins the tournament, they will only be WBA Super champion at best, and not be considered the lineal champion in this division. James DeGale the IBF champion has been out injured for some time now, and even he is lucky to still have his world title. He had a very close and debatable draw against Badou Jack, some 9 months ago now and has not fought since. The WBO champion Gilberto Ramirez has shown some promise, but apart from a past his best Arthur Abraham, he has not been in with anyone to properly test him yet. The WBC title is strangely still vacant since Badou Jack moved up in weight. That title will be contested by David Benavidez v Ronald Gavril tonight. I like the look of Benavidez, who is still only 20 and could become the youngest Super Middleweight champ in history, beating Darrin Van Horn’s record of age 22 set way back in 1991.

I think George Groves will win this upcoming tournament, and if this was to happen he will still have the same title he had at the start, and will still not be recognized as the top man in the division. It would have made more sense to have a tournament like the previous super 6 where you had most of the best fighting the best and in the end Andre Ward came out on top and was no dispute he was the no1 Super Middleweight.

It makes me ask the question, has the Super Middleweight division somewhat lost its appeal? It was my favorite when I was younger, but with champions retiring, moving up in weight, being injured, and having a tournament with no real actual purpose. It is now sadly a division that doesn’t have the same appeal or excitement as yesteryear.