Spence says Broner will bounce back from defeat 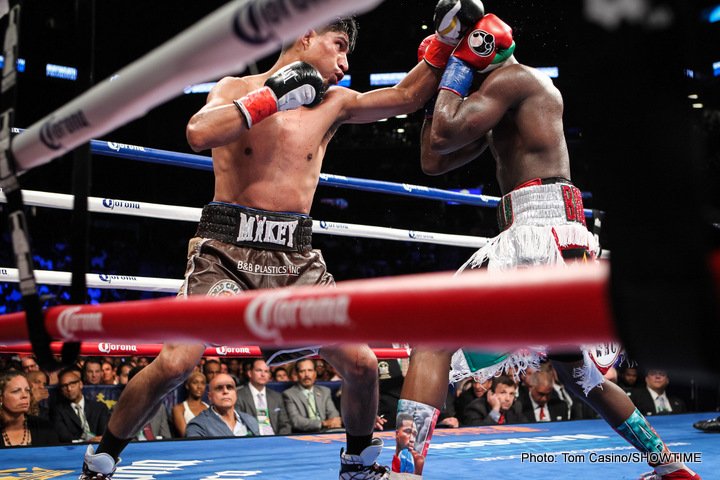 By Chris Williams: Welterweight champion Errol Spence has some words of encouragement for Adrien “The Problem” Broner following his disappointing 12 round unanimous decision defeat last Saturday night at the hands of lightweight Mikey Garcia (37-0, 30 KOs) at the Barclays Center in Brooklyn, New York.

Spence believes the 28-year-old Broner (33-3, 24 KOs) is quite capable of bouncing back from his defeat. He just needs to digest his defeat, learn from it, and then come up with strategies to make sure he doesn’t make the same mistakes in the future for his fights.

“Keep your head up and you’ll be back,” said Spence to Fighthype in giving words of advice to Adrien Broner. “It’s really on his part to figure out what they did wrong, and then come back and have a good performance. It’s on their part to figure out what they got to do, and bounce back. That’s what champions do. I think I think he’s going to bounce back,” said Spence.

Broner will be back. I agree with Spence. Broner needs to get his weight right. Don’t let it get out of control in between fights. He was too high in weight when he entered training camp for the Garcia fight. This forced Broner to take off too much weight in a short period of time. We saw last night that Broner didn’t possess the strength to get Garcia’s respect. The reason for that is Broner lost weight too quickly and he lost too much weight.

Broner made many mistakes as far as tactics against Garcia. They are as follows:

– Failing to take the fight to Garcia

– Low punch rate. This was an existing issue that Broner had going into the fight. In his defeats in the past to Shawn Porter and Marcos Maidana, Broner didn’t throw enough punches to give himself a chance to win. In both fights, Broner came on in the end to fight well, but he gave away too many rounds before then.

– Showing too much respect for Garcia’s power. Broner was tentative for the first 9 rounds. He was frequently reacting to Garcia, as if he was fearful of his power. Once Broner finally started taking the fight to Garcia in the 10th, he realized that he had nothing to fear. Garcia wasn’t any more powerful than Broner’s past opponents Adrian Granados, Khabib Allakhverdiev and John Molina Jr. Garcia doesn’t have the same kind of power that Molina Jr. had. Broner was going by the hype of Garcia rather than the fighter that he is. Had Broner never heard of Garcia, he would have done much better last Saturday night against him. There is such a thing as giving too much respect, and Broner made that mistake in a big way against Garcia.

– Not getting his weight right. Broner must come into his fights at 140 at least 155 lbs. after he rehydrates. Last night, Broner looked like he was below 150. Ideally, Broner should be close to 160 lbs. on the night of his fights in the light welterweight division. Broner was far too low to give Garcia problems. Garcia looked like he was close to 160. He got his weight right. It was smart of him. 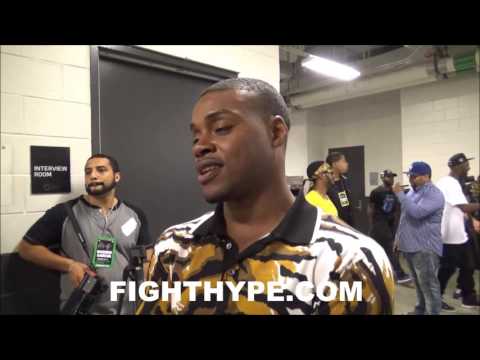 Broner: “I will be champion again” »