Emanuel Taylor welcomes Lucas Matthysse back to the ring! 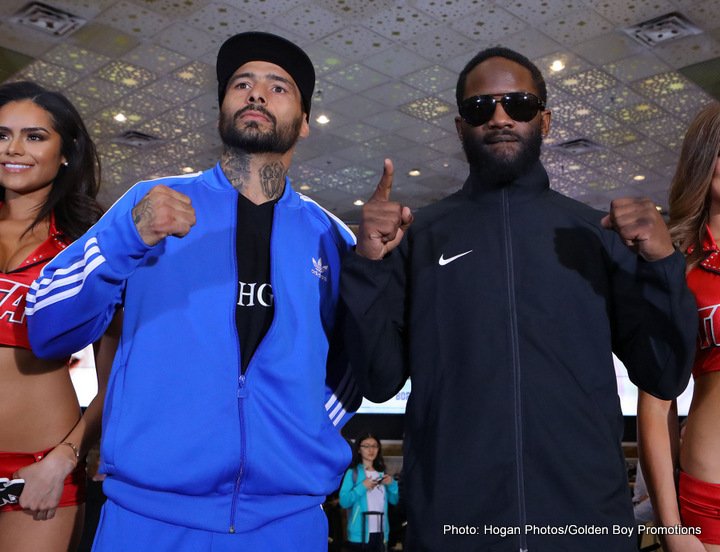 By Ian Aldous: This Saturday night, Emanuel Taylor (20-4) battles the returning Lucas Matthysse (37-4) over ten rounds on the undercard of the huge Canelo vs. Chavez Jr mega-fight, live on HBO PPV from the T-Mobile Arena in Las Vegas. It’s being billed as a night for Matthysse to shine on his much anticipated return, but Taylor certainly won’t be making it easy for him. Last week, I briefly spoke with Taylor over the phone to talk about his impending challenge.

May 6th will not only be the first sight of Lucas Matthysse in a professional ring since October 2015, it will also be his debut at welterweight. He’s fought exclusively at light-welterweight/super-lightweight throughout his entire career. Taylor is more than happy to welcome Matthysse to the division. “I think he’ll be a pumped-up light-welterweight because he’s been at that weight his whole life, so I just think he’s naturally a super-lightweight” he said. Taylor has fought between 140-147lbs in his career and is comfortable making either weight. “In my early career, I also fought at welterweight, so it really don’t make a difference.”

That last occasion Matthysse fought in the ring, was a night to forget for the Argentine slugger. He was stopped for the first time in his career by Viktor Postol in a bout for the vacant WBC super-lightweight world championship. An ongoing eye injury forced him to pull out of a proposed return fight last year and it’s possible that the eighteen month lay-off may see him carry some ring rust. Taylor agrees, “Yeah, especially after that vicious knockout.”

Despite the fact that Emmanuel Taylor is a legitimate challenge for Matthysse, some fans/experts are overlooking him and give him little chance. Fights with Keith Thurman and Danny Garcia have already been talked about in interviews, but Taylor thinks it’s not necessarily Matthysse that’s looking past him. “I’m sure in interviews people are asking him ‘who he would like to fight next?’. I’m sure they’re trying to look over me, not precisely saying he is, but I think really the media is looking over me.”

The man from Maryland was quite respectful when talking about his South-American opponent to me, I didn’t detect any disdain. Matthysse isn’t known for antics outside the ring and his professional record is something that commands respect. It’s something that Taylor recognises, “Especially with the Lamont Peterson win by knockout – he definitely impressed me with that. That was back then – this is now. I want to see what he’s got now” he proclaimed. We’ll all get to see what he’s got on May 6th.

Taylor is currently riding back-to-back knockout victories against foes he would have been expected to beat. It’s given him some confidence and he believes he’s fully prepared for fight night. “Definitely, as we speak I just got finished working. I’m definitely well prepared and in the best shape of my life, feeling great, feeling good. The sky’s the limit and I’m just looking forward to May 6th. I’ve been working real hard in the gym for six weeks straight.”

The decision to take this fight was an easy one for Emmanuel to make. The chance to fight on the traditional Cinco de Mayo card is something many fighters desire. In fact, fate may have had a hand in making this particular fight. “I was actually looking online at the schedules of boxing and I saw that they were looking for an opponent for Lucas Matthysse. Next thing you know, my manager calls me up and offered me the fight with Lucas Matthysse. It’s an opportunity and I know I can beat him.”

Taylor isn’t a stranger to fighting a big name. He main-evented a big Showtime card in 2014 against multi-weight world champion, Adrien Broner, and proceeded to prove more than a match for the cocky Cincinnatian. He went the distance and only lost by either three or four points on the scorecards. It’s a matter of opinion whether Matthysse or Broner is the toughest challenge, but Taylor believes he’s already faced the hardest one. “Absolutely, I think, in my opinion, Adrien Broner is probably a harder fight than Lucas Matthysse. That’s how I feel. I think it’s going to be a real easy fight for me, not underestimating him or nothing like that. I think I’m going to make it look easy.”

And finally, I had to ask who he was picking for the main event mega-fight capping off the traditional Cinco de Mayo fight night, Canelo or Chavez Jr? He was in no doubt, “Oh, I’m going to go with Canelo.”

Canelo vs. Chávez, Jr. is a twelve round fight presented by Golden Boy Promotions and sponsored by Tecate, BORN BOLD, Adriana’s Insurance and Interjet. The event will take place on Saturday, May 6 at T-Mobile Arena and will be produced and distributed live by HBO Pay-Per-View®beginning at 9:00 p.m. ET/6:00 p.m. PT. Tickets are sold out! 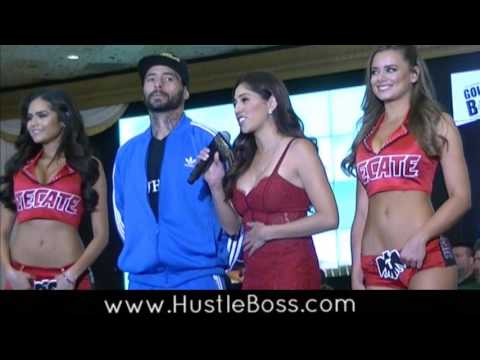