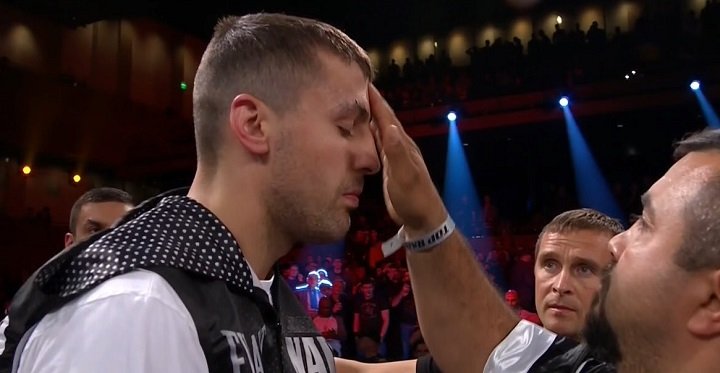 Gvozdyk, 29, knocked Gonzalez down in the 3rd round with a hard left hand. Gvozdyk then unloaded on the badly hurt Gonzalez with a series of big power shots to the head that resulted in the Cuban fighter’s corner stopping the fight.

The fight was supposed to have been a competitive one, but Gvozdyk was too fast and too technical for the 31-year-old Gonzalez to deal with. Gonzalez was never really in the fight, because he was taking big combinations to the head in the 1st round. Gonzalez threw some powerful shots in the opening round that had knockout intentions on them. Fortunately for the southpaw Gvozdyk, the punches missed their mark.

Gvozdyk was landing at will with his blistering fast combinations in the 2nd round. Gonzalez was too slow to land much of anything in the round. Gonzalez did land some big shots during the round, but there weren’t enough of them for him to have any net effect in slowing down Gvozdyk. The Ukrainian fighter simply had zero respect for what Gonzalez was doing inside the ring. Gvozdyk was attacking without fear and nailing Gonzalez with major blows. You could tell in this round that the fight wasn’t going to last too much longer. 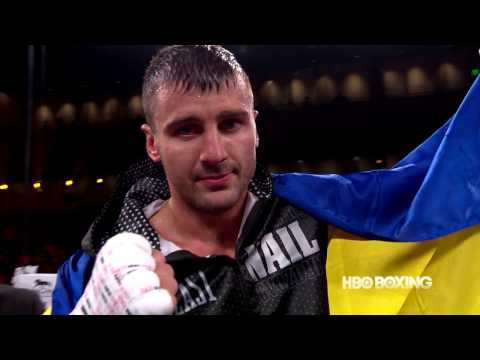 In round 3, Gvozdyk increased the speed of his attacks in throwing blistering shots at high speed. Those punches were coming too fast for Gonzalez to handle. A short time into the ring, Gvozdyk staggered Gonzalez with a left to the head. Gvozyk then continued to nail Gonzalez with shots until he tripped and fell. When Gonzalez got back to his feet, his nose was bleeding and his legs were completely gone. Gvozdyk continued to tag Gonzalez at will with power shots as the Cuban staggered around. The referee let Gonzalez stumble around without stopping the fight, which he probably should have done. Finally, Gonzalez’s corner stepped up on the ring apron to let the referee know that they wanted the fight halted.

After the fight, Gvozdyk said he would be open to fighting Sergey “Krusher” Kovalev for the IBF/WBA/WBO light heavyweight titles if he gets past Andre Ward in their rematch. Gvozdyk he wouldn’t prefer to take that fight with Kovalev, but he would do it if that’s his only option. It might just be. WBC champion Adonis Stevenson has a mandatory defense against Eleider Alvarez he’ll be taking care of this year. After that, Stevenson may not defend against another mandatory or a long time.