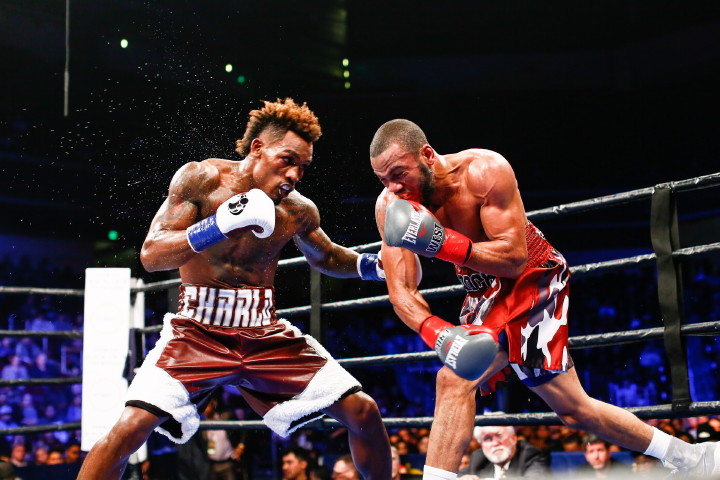 The 26-year-old Charlo dropped Williams twice in the 5th round.

The fight was halted after the second knockdown. The fight was halted by the referee at 2:06 of the 5th round. Charlo dropped Williams with a huge right uppercut to the head for the first knockdown of the round. Williams staggered to his feet and attempted to put up a fight, but he was met with a flurry of shots from Charlo. Williams was finished off with a hard hook to the head that put him down. This time the referee stepped on and halted the fight.

Charlo also knocked Williams down with a jab to the head in the 2nd round. The knockdown badly hurt the 26-year-old Williams, who staggered he got back to his feet. Williams was able to make it out of the round by catching Charlo with some big power shots.

After the fight, Williams attempted to congratulate Charlo, but the two had words and Williams ended up walking away. Charlo said after the fight that he wanted Williams to apologize to him for something he said during the buildup to the fight. 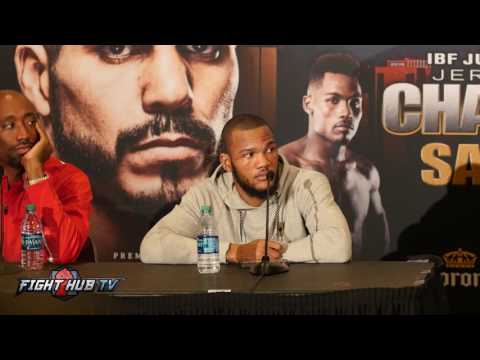 Williams did a good of coming back fter being dropped in the 2nd round. Williams appeared to win rounds 3 and 4 with his hard jabs and powerful right hands. Charlo was trying to land big shots, but he kept missing due to the head movement from Williams. The head movement gave Charlo a lot of problems. However, Charlo continued to be able to land his jab, and that made the rounds close. Williams still appeared to land the bigger shots in the 3rd and 4th,

In the 5th, Williams was getting the better of Charlo with his jabs and right hands. Unfortunately for Williams, Charlo timed him and nailed him with a huge right uppercut that dropped him. At the time that he was caught, Williams was trying to nail Charlo with a left hand. Charlo timed him perfectly in nailing hi with the right uppercut to the head. For all intents and purposes the fight was over after the first knockdown of the 5th. Williams was way too hurt for him to have any chance of surviving after that knockdown. Charlo went after Williams and flurried on him until putting him down for the second time in the round. 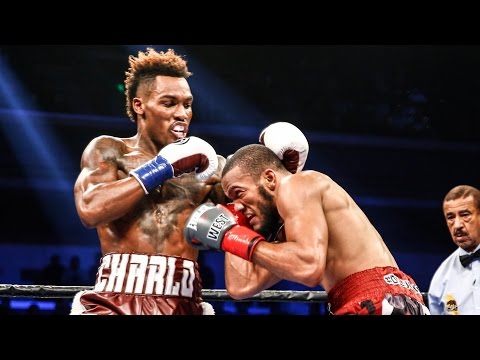 Charlo’s brother, Jermell Charlo, said, “Where you at Cinnamon?” Jermell wants a unification match between himself or for his brother against WBO 154lb champion Saul “Canelo” Alvarez. That’s not likely to happen due to Canelo moving up in weight to the middleweight division.

Jermall Charlo is a much different puncher than his brother Jermell Charlo. Jermall really sits down on his shots, and he’s a beast of a puncher. It’s hard to take the kinds of shots that Jermall throws. As we saw tonight, you can take Jermall’s power shots for a while, but eventually he’s going to get you out of there.

It would be interesting to see Canelo face Jermall. Unfortunately, I don’t think Canelo wants any part of fighting Jermall. You can’t blame him, because with Jermall’s power, speed and talent, he’d be a nightmare for Canelo. 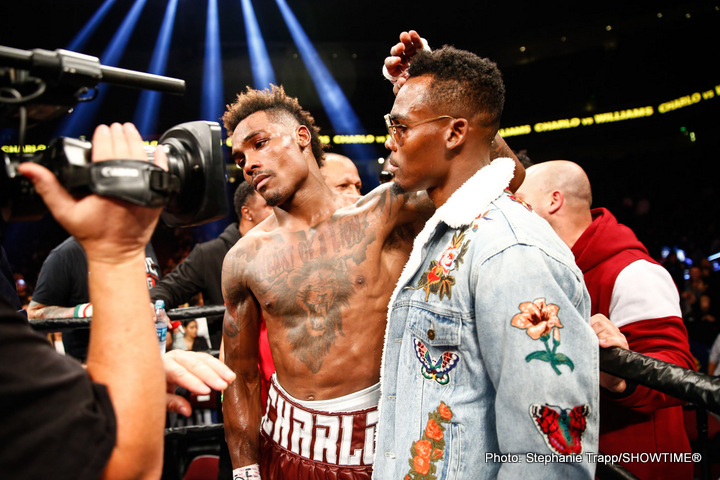