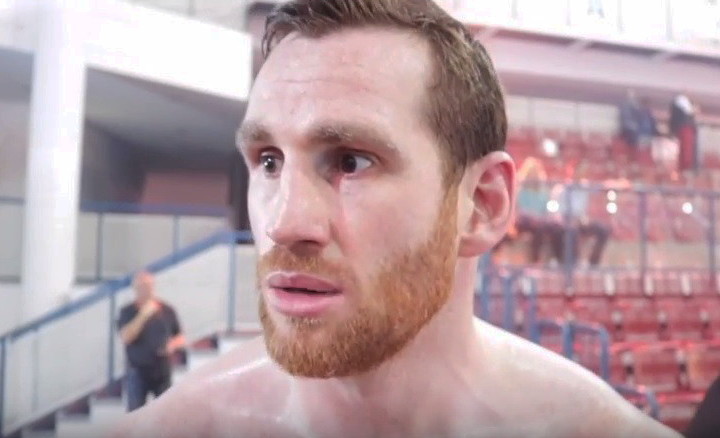 By Scott Gilfoid: British heavyweight David Price (21-3, 18 KO’s) blasted out journeyman Ivica Perkovic (22-31, 17 KOs) in two rounds last Saturday night in Germany on the undercard of the Juergen Braehmer vs. Nathan Cleverly card. Price now is talking about getting back inside the ring in the next two weeks against domestic level fighter Dave Allen (9-1-1, 6 KOs) for the undercard of Tony Bellew vs. BJ Flores card on October 15 at the Echo Arena in Liverpool, UK.

It’s not the fight that the 6’8” Price wants. He’s eager to face unbeaten #1 IBF Joseph Parker in the near future so that he can earn a title shot against IBF heavyweight champion Anthony Joshua. Price isn’t sure if the fight against Parker will happen though.

Price, 33, feels that the fight against 24-year-old Allen would be a worthwhile one in some respects, as Allen’s only loss came against Dillian Whyte last July in losing by a lopsided 10 round unanimous decision by the scores 99-91, 100-90 and 100-90. Whyte tried to KO Allen, but without his surgically repaired left shoulder being where it was at previously before the surgery, he wasn’t able to hurt Allen.

Whyte pretty much used his right hand for his main power shots in that fight. Whyte’s left hand was used for just jabbing. Whyte would have had an excellent chance of knocking out Allen early if his left shoulder was 100 percent like it was in the past in my view. If Price is able to knockout Allen, I still don’t see it as proving anything. Price needs to face better opposition for him to prove himself as being a worthy opponent for Joshua or even Parker.

Price said this to IFL TV about his next potential opponent:

“In two weeks; waiting for confirmation to fight in two weeks and then go in again. It’s looking like it’ll be Dave Allen, according to my management. So let’s see what happens. I don’t know if it’s going to do anything in the world rankings, but it’s a fight that I take seriously. It’s a fight that is a meaningful fight at the domestic level. I’ve got something to gain from it, as Dillian Whyte couldn’t get him out of there. So there’s something to gain from it from that sense.”

Allen stands no chance whatsoever against a puncher like Price. That’s an embarrassing fight in my view. However, Allen is definitely an upgrade from Price’s last opponent 42-year-old Perkovic, but that’s not saying much. The thing is, Allen is not enough of an upgrade for the fight to be meaningful. If Price thinks he can go from beating Dave Allen to fighting for a world title against Joshua, I think he’s sadly mistaken.

Boxing fans aren’t going to want to see Joshua fight Price off the back of a Price win over Dave Allen. Price needs a real scalp to earn a title shot against Joshua. If he can’t get a fight against Joseph Parker to try and get that scalp, then Price needs to try and fight someone like Kubrat Pulev or Luis Ortiz. Those would be good opponents for him to try and earn a title shot against Joshua if Parker is unavailable. I can’t see Price beating either of those guys, but they’d still be the type of opposition that he needs to beat for him to get a crack at Joshua.

Speaking about Joseph Parker’s recent 3rd round knockout win over Alexander Dimitrenko last Saturday night, Price said, “It was a great result to take Dimitrenko out in three rounds. I don’t think he is what he was three years ago. He went at it for 11 rounds with [Kubrat] Pulev, and pushed him all the way. I wouldn’t have expected him to take him out in three rounds.”

Dimitrenko would have been in trouble fighting a guy like Parker no matter what part of his career that fight took place at. Dimitrenko didn’t have the chin to take the heavy shots from Parker. Dimitrenko didn’t have the punch resistance in taking body shots either. Dimitrenko was pummeled by a 205lb Eddie Chambers in 2009. If a small guy like Chambers was able to work over Dimitrenko in the prime of his career in 2009, then what do you think a 240lb Parker would have done to the Ukrainian heavyweight seven years ago. It would have been the same massacre at it was last Saturday night.

I think Price isn’t giving Parker much credit for doing a great job on Dimitrenko with his boxing skills, power and overall game plan. The moment the fight was signed, it was bad news for Dimitrenko, because he just did not have the talent to match-up against a quality fighter like Parker. It’s kind of sad that Price couldn’t see that.

When asked if he’d like to fight Parker, Price said, “I’d love it. It’s a fight I’d like, and it’s a fight we’ve been interested in for a while. We got offered it. Whether it can happen now, we just don’t know. We’re still waiting to see what happens in the next couple of weeks at the Echo show. We’ll see what happens in the meantime,” said Price.

The way that Parker looked against Dimitrenko last Saturday, I don’t think Price would last long against him. Price will have a puncher’s chance against Parker, but that’s about all. Parker is better than Price in every facet of the game. Parker is stronger, faster, more powerful, younger and with the better boxing ability.

Price starts too slowly in his fights, and he doesn’t seem to react well when he’s attacked. He doesn’t pick off his opponents well, and he’d need to for him to be able to nail Parker before he gets to his chin. Honestly, I don’t see Price lasting more than one round against Parker, and I’m being kind here. At best, Price might make it to the second round before Parker puts him away, but that’s about it. The shots that Dimitrenko was taking in the fight would have put Price away in the 1st round. 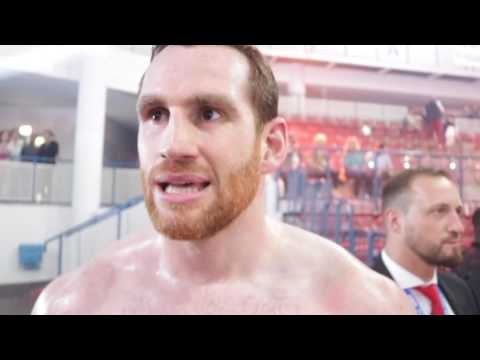 
« Announcements due this week for camp Sauerland