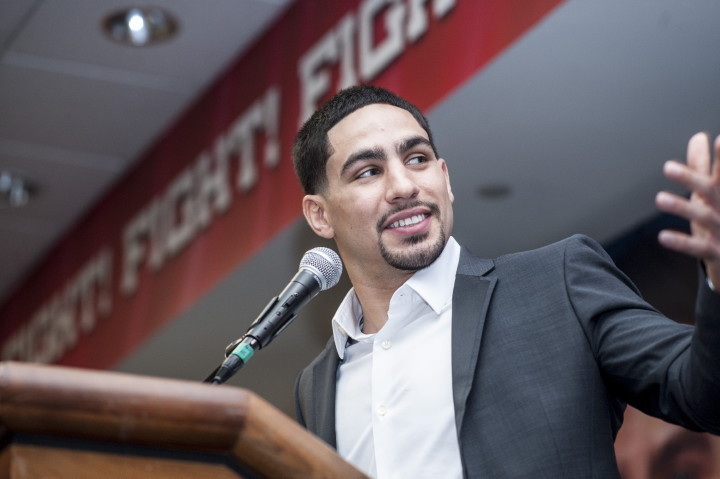 By Dan Ambrose: After wasting the last three years of his career fighting largely weaker, WBC welterweight champion Danny Garcia is now saying he wants Keith Thurman and Saul Canelo Alvarez in back to back fights after he gets past contender Samuel Vargas (25-2-1, 13 KOs) in their fight on November 12.

Garcia is already slotted to face Thurman in a unification fight in early 2017. What’s interesting is that Garcia is now looking past the Thurman fight towards a match against former WBC middleweight champion Canelo Alvarez. The unbeaten Garcia (32-0, 18 KOs) thinks he can beat Canelo. He says he’s a better fighter than the last guy Canelo fought in Liam Smith.

Garcia said this to Fighthub.com about a fight against Canelo:

“At 154? I think that’s a possible fight. That’s the next fight. Yeah, I’ll fight Canelo. I’m not that big. He’s a big boy, but I think that’s a good fight. That’s a big money fight. Yeah, I’m a way better fighter than that guy [Liam Smith]. I think I’d beat him, yeah. I’d beat him. I’ve never been beaten. Every fighters got flaws. No fighter is perfect. I’m not fighting God. He’s just a fighter. I’ve got to get past this guy [Samuel Vargas], and then of course, Thurman. The Canelo fight isn’t even in my mind, but that is a fight I’d do in the future.”

It’s hard to picture Garcia being able to beat Thurman in order to get to the Canelo fight. Unless Canelo and Golden Boy are willing to fight Garcia off the back of a loss to Thurman, the chances of a Canelo-Garcia fight are pretty slim. However, it wouldn’t be surprising for Golden Boy to match Canelo against Garcia even with him having suffered a loss to Thurman. They seem to be comfortable matching Canelo against welterweights.

There aren’t too many of them that are worthwhile to put in with Canelo that will make a lot of money. Garcia would be a viable opponent for Canelo. Errol Spence Jr. probably wouldn’t be. He’d be too dangerous for Canelo for the amount of money he’d bring to the table.

When asked if he would try and get Vargas out quicker than the four rounds that Errol Spence Jr. needed to TKO Vargas in 2015, Garcia said, “I don’t got to do nothing. I’m going to do it my way. I don’t have to do it someone else’s way. I don’t care what he h to say. Big bank takes little bank,” said Garcia about Spence. 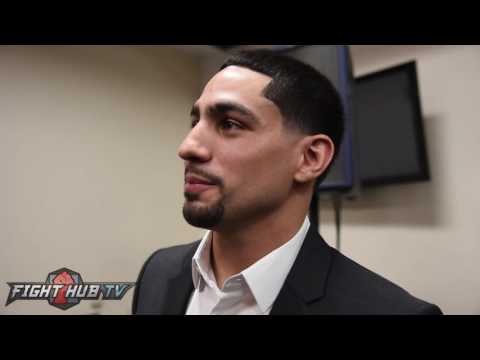