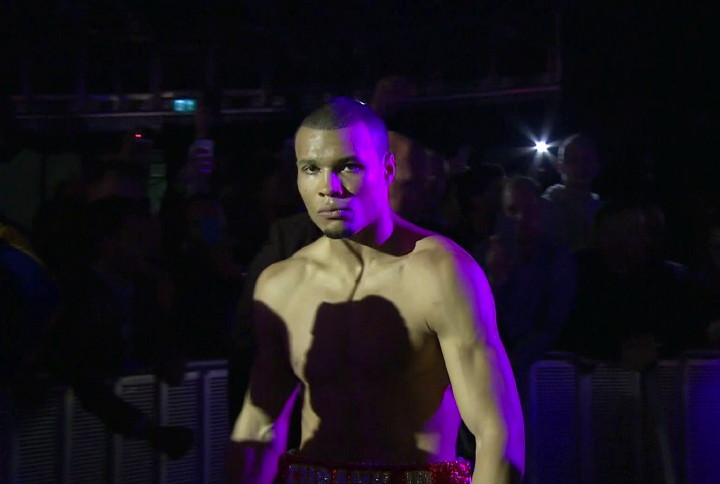 By Scott Gilfoid: Chris Eubank Sr. is still interested in setting up a rematch between his son #2 WBA, #2 WBC Chris Eubank Jr. (23-1, 18 KOs) and unbeaten WBO middleweight champion Billy Joe Saunders (23-0, 12 KOs) so that his son can avenge his loss to Saunders from 2014. However, Eubank Sr. doesn’t know if Saunders is interested in the fight with Eubank Jr. Saunders has a chance of potentially getting a nice payday fight against former two division champion Saul “Canelo” Alvarez in December.

If they had no other options, then I’m sure it would be a real tempting offer, but the Canelo fight seems like a real possibility for them now.

“He said on Twitter that he is ready for the fight but I’ve seen nothing from him,” said Eubank Sr. about Saunders to The Express. “Maybe he has had second thoughts. He’s given his word to the boxing fans that he will have the rematch with Junior so now we’re waiting to hear from him and his management team.”

Eubank Jr. is supposed to be defending his British middleweight strap against Tommy Langford next. That seems like the fight that is actually going to happen, because it looks like Eubank Jr. wants to keep the British strap outright. Just how long Eubank Jr. will continue to defend his domestic level trinket is unclear.

Perhaps he’ll do it for his entire career and be a perfect example of a fighter who suffered from a failure to launch. Eubank Jr. wouldn’t be the first fighter who ended up being an underachiever. There are a lot of them out there who failed to live up to their expectations because they never wanted to step up and take the riskier fights.

For Eubank Jr. to be wasting time with defending his British title, it’s quite laughable. But even a rematch against Saunders is something of a backwards move for Eubank Jr. because he recently had the chance to fight the best fighter in the middleweight division in Gennady “GGG” Golovkin, and he failed to sign the contract for the fight.

Before that, Eubank Jr. had the chance to fight WBA champion Daniel Jacobs and he didn’t take that fight either. Saunders is arguably the weak link among the middleweight champions. So for Eubank Jr. to be looking to fight Saunders, it just looks like a cherry picking move on his part.

“We welcome the rematch. However, we’re not waiting around because we have offers from abroad,” said Eubank. I don’t think it proves that he is the best in the world by beating Saunders. When he beats Golovkin he proves he’s the best.”

This seems like a really dumb move on Eubank’s part to try and get Eubank Jr. a rematch with Saunders right now. He would be better off waiting for the smoke to clear from the fight net month between Kell Brook and Gennady Golovkin. Eubank Jr. will have a big chance of fighting the winner of the Golovkin vs. Brook fight if they’re not too demanding when it comes to the negotiations.

If Eubank Jr keeps wasting his career going after the lesser threats, I don’t think he’s going to have much to show for it what his career is over. Besides that, this is the time for Eubank Jr. to make his mark while the division is still relatively barren of talent. Once some of the talented junior middleweights move up in weight like the Charlo brothers, Julian Williams and Demetrius Andrade, Eubank Jr. isn’t going to have any opportunity, because I don’t think he can beat those guys.


« Canelo: Golovkin is talking stupid; I will beat him