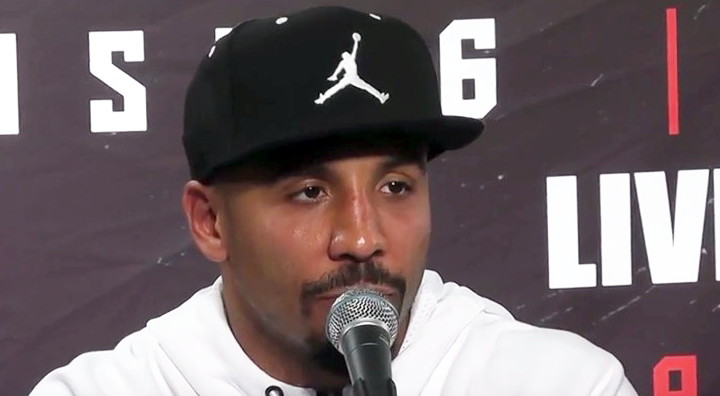 By Allan Fox: Unbeaten challenger Andre Ward (30-0, 15 KOs) is a slight favorite to beat IBF/WBA/WBO light heavyweight champion Sergey “Krusher” Kovalev (30-0-1, 26 KO) in their fight on November 19 at the T-Mobile Arena in Las Vegas, Nevada. Ward, 32, is the favorite by Bovada by the line -150 to +120 for Kovalev. The odds are likely to change by the time the two unbeaten 175lb fighters face each other on HBO pay-per-view in Las Vegas.

Kovalev, 33, likely would be the favorite in this fight if he had destroyed his last opponent Isaac Chilemba last July, but he struggled a little bit in beating him by a 12 round decision.

It was still a pretty one-sided fight from start to finish, but Chilemba was able to able to land enough pot shots to give some boxing fans the impression that Ward would be able to beat Kovalev when it was his turn to get in there with him.

I think Kovalev should be the favorite in this fight because he’s got the tools to win this fight with his punching power, high work rate, powerful jab, and his long reach. I don’t think Ward is going to be able to compete with the long reach that Kovalev has going for him, and I think it’s going to go badly for him. In watching how Ward struggled at times under the pressure from Sullivan Barrera last March, I think he’s not going to be able to hang with Kovalev for the full 12 round.

Barrera would come forward and throw some big shots, but then he wouldn’t fight in close when he was on top of Ward. That was something that Barrera should have worked on because he could have made it a lot more difficult for Ward if he had continued to fight hard once he was at point blank range.

Kovalev is a much different fighter than Barrera, because he’s not just going to give up when he’s in close like that. He’ll keep firing off hurtful punches and be looking to take Ward out. Barrera wasn’t doing that. He would give up when he would come in close and this enabled Ward to escape punishment.

Ward, 32, hasn’t faced anyone of quality since coming back from a two-year layoff from the ring. He beat super middleweight Paul Smith, Sullivan Barrera and Alexander Brand. Those were far from great fighters. They were all tune-up type opponents and little more than that. If Ward had taken on someone like Artur Beterbiev, Joe Smith Jr. or Adonis Stevenson, then we could have found out where he’s at with his boxing skills. Instead, Ward took on three softer opponents in fights that were pretty much sure thing wins for him.

What we do know is that Ward has lost a lot from his game from his years of inactivity and fighting part time. Ward’s foot and hand speed has badly dropped from the fighter he was back in 2011. When I look at old fights from Ward when he was in the Super Six tournament from 2009 to 2011, it’s like I’m looking at another fighter. That Ward no longer exists any longer other than on tape. The Ward that exists today is maybe 70% of that fighter, maybe less. Ward definitely not as sharp as he was in the past, and it’s not something he’s going to get back by him staying active. I don’t think Ward is going to stay active for long.

I suspect he’ll go back to fighting on an irregular basis soon enough due to injuries and what not.

I think Ward is too far gone to beat a fighter like Kovalev at this point. Even the Ward from 2011 would have a lot of problems against Kovalev. You have to remember that Carl Froch almost beat Ward in 2011, and all he did was pressure him hard. Where Froch lost the fight was when Ward smothered his offense by grabbing him and turning the fight into a wrestling match. Ward was able to land short punches on the inside on Froch and win the rounds by doing this. Ward would land pot shots from the outside and then smother Froch to keep him from getting his punches off.

Prediction: Kovalev will knock Ward out within eight rounds.