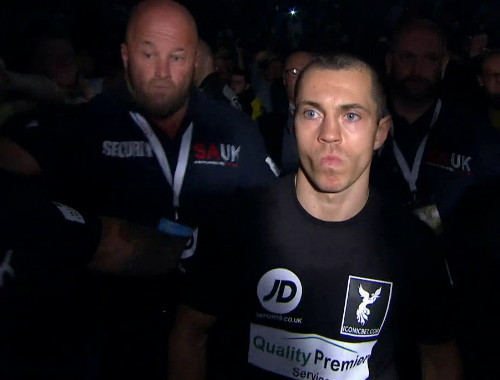 By Scott Gilfoid: Well, it looks like former WBA World super bantamweight champion Scott Quigg can’t let go of his 12 round split decision loss last February against Carl Frampton (22-0, 14 KOs). Instead of just forgetting about it and accepting reality that he wasn’t good enough, Quigg is pining away for a rematch against the 5’5” Frampton.

Indeed, Quigg (31-1-2, 23 KOs) wants a rematch so badly that he says he would turn down a title shot against WBA Super World featherweight champion Leo Santa Cruz (32-0-1, 18 KOs), who Frampton will be facing this month on July 30 at the Barclays Center in Brooklyn, New York.

Frampton has already vacated his IBF/WBA super bantamweight titles in order to move up to featherweight to challenge Santa Cruz. Had Frampton decided to keep his 122lb belts, he would have had to face unbeaten two-time Olympic gold medalist Guillermo Rigondeaux, and that probably wouldn’t have worked out too well for him.

At least in facing Santa Cruz, Frampton has a chance of winning. I wouldn’t say it’s a good chance, but he does have a chance. Against Rigondeaux, Frampton would be pretty much up the creek without a paddle.

“I know what I want and what drives me and that is the one I want,” said Quigg to skysports.com. “Frampton could lose to Santa Cruz – and I do believe he will get beaten – and Santa Cruz could offer me a fight but I would turn it down because I want to fight Frampton.”

That doesn’t sound like a healthy choice for Quigg to make. I mean, if he gets the fight offered to him against Santa Cruz, then he’s got to take that fight. It doesn’t make sense for Quigg to look to fight Frampton with him coming off a loss to Santa Cruz. I’m just saying. That’s a dumb move. There probably won’t be nearly as much interest in a rematch between Quigg and Frampton if Santa Cruz whips Frampton this month. Who wants to see a Frampton-Quigg rematch with Frampton coming off a loss to Santa Cruz.

It would be smarter for Quigg to let Frampton rebuild his career after he loses to Santa Cruz, and then the two of them can face each other in one or two years once Frampton gets some solid wins under his belt. In the meantime, Quigg needs to take the fight against Santa Cruz if it’s offered to him. He can’t turn that fight down because there will be too much money in it for him to turn his back on that fight. Besides, Quigg will look like he’s ducking Santa Cruz if he rejects the fight offer.

I believe Santa Cruz beats him but the closer the fight gets, I am giving Frampton a better chance,” said Quigg. 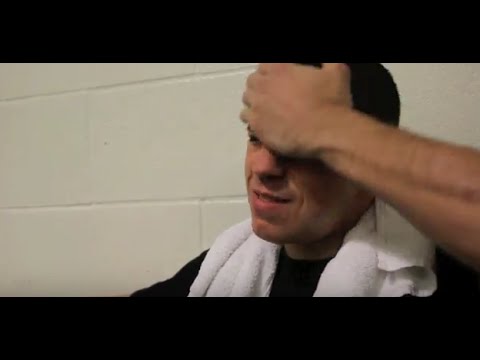 Santa Cruz has a BIG advantage in this fight against Frampton in that he can study the blueprint that Quigg created last February in how to beat him. Quigg put a lot of pressure on Frampton in the last six rounds of the fight and had him wilting big time. The 5’7 ½” Santa Cruz is roughly the same height as Quigg, and he’ll be able to stand on the outside and use his reach to jab Frampton. Santa Cruz has a much better jab than Quigg, and he uses it. I can’t see Frampton being able to do much if Santa Cruz decides to control the fight from the outside.

I think Quigg needs to let go and forget about his loss to Frampton. He needs to move on and learn from the loss. If Quigg hadn’t fought so passively in the first six rounds, he would have won the fight. Quigg needs to remember that in his future fights so that he doesn’t keep losing the fights by not doing anything in the first half. Personally, I think it would be better if Quigg never fights Frampton again. It might actually make Quigg a better fighter if he doesn’t fight Frampton again, because he’ll always be kicking himself for fighting so poorly. If they face each other again, Frampton will likely have some new tricks up his sleeves that he’ll use to defeat Quigg a second time. I think Frampton is too smart for Quigg.