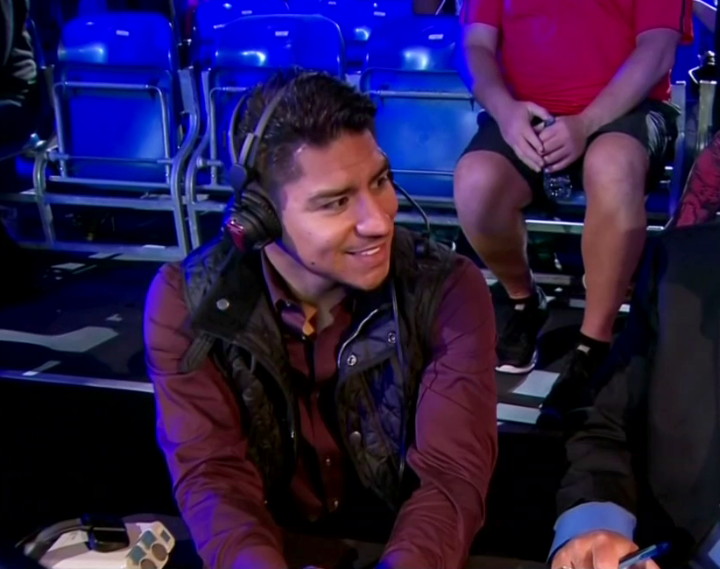 By Scott Gilfoid: Like Brandon Rios did in the past, WBO welterweight champion Jessie Vargas (27-1, 10 KOs) appears to be losing patience with the glacially slow negotiations that are taking place with his management and the management of IBF welterweight champion Kell “Special K” Brook (36-0, 25 KOs), and he’s now talking about wanting to potentially fight a rematch against fellow Top Rank fighter Timothy Bradley (33-2-1, 13 KOs), who Vargas lost to by a 12 round unanimous decision in June of 2015 in losing by the scores of 115-112, 116-112 and 117-111. Gee, I wonder if Brook is getting stage fright?

A fight between Vargas and Bradley would be a relatively simple matter if Bradley is game. We don’t know whether Bradley would be up for a second fight against the 27-year-old Vargas right now, because Bradley was just beaten by Manny Pacquiao by a 12 round unanimous decision last April.

If Bradley wants to get back in the ring soon, then Vargas might be his best option for a fight that can be made quickly without any headaches.

“@Special K Brook, you’re a piece of [expletive], Brook. Let’s get it signed as I’m eager to shut you up and teach you to how to respect others!,” said Vargas on his Twitter. “He doesn’t seem to be interested in the fight from the looks of it. Next big fight that the fans would enjoy would be the Bradley rematch! Vargas vs. Bradley 2!👊 #payback.”

Well, Vargas should have known that putting together a fight against Brook would be a major headache after the hassles Brandon Rios. Those two never did end up fighting each other. The only quality fighter that Brook has fought during his career is Shawn Porter. That was when Brook was the challenger and Porter was the IBF champion. I bet it wouldn’t be easy for Porter to get a fight against Brook now that he’s the IBF champion.

The roles are reversed now, and Porter might find it nearly impossible for him to get a rematch with him. The highly talented Errol Spence Jr. is taking a different route to getting a fight against Brook by looking to become his IBF mandatory challenger. If Spence becomes the #1 IBF mandatory challenger, then Brook won’t have any other choice but to negotiate the fight with him unless he’s ready to vacate or have his IBF belt stripped from him by the International Boxing Federation for failing to defend the belt.

”@Special K Brook, be honest to your fans and learn how to be a man!!😎” said Vargas.
Oh man, Vargas is really nailing Brook with the trash talk. It’s got to be hurting Brook to have his manhood questioned by Vargas.

”@Jessie Vargas, then let’s get it signed this week so I can tear you to pieces #inside6 #unified,” said Brook on his Twitter in response to Vargas’ earlier Tweet. “@Jessie Vargas, I’m going to smoke your boots chump I’m not playing games. You’re getting smashed everywhere!”

Brook says, ‘Let’s get it signed this week,’ but I seriously doubt that’s going to happen. Vargas said something about him having already signed the contract for the fight with Brook. If that’s the case, then Vargas might be locked into facing Brook whether he likes it or not. But it also means he might end up having to sit idle for ages until Brook’s promoter Eddie Hearn negotiates the fight. 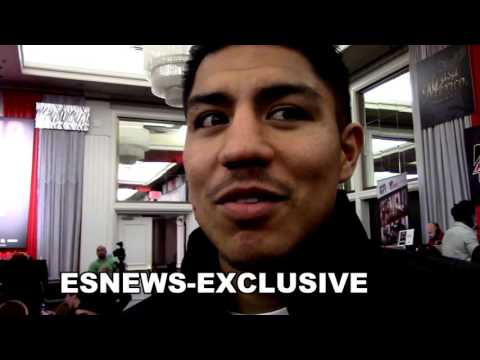 If Vargas hasn’t signed the contract, then he can certainly move on and look to fight Bradley in what could be a bigger money fight. It might be the best thing for Vargas to do, because he can’t devote the remainder of 2016 to making the Brook fight, because he’s got bigger and better things to do with his career than to sit and wait on a fight that could chew up valuable time.

I’m sure the payday will be nice for Vargas when/if he gets the fight against Brook, but if it costs him a missed fight due to the prolonged negotiations, then he needs to factor that into the equation. If Vargas has to miss a fight date just so that he can get the contract with Brook ironed out, then the money he gets for that fight won’t be nearly as much as he originally hought it would be.

Let’s say Vargas gets $2 million for the Brook fight. Well, if he has to wait and miss one of his fight dates for that unification match to happen, then Vargas is really getting around $1 million rather than $2 million. Heck, that isn’t worth for that kind of money. Now if Vargas were to get between $4 and $6 million for the Brook fight, then I could definitely understand if he needs to wait until December of this year for the negotiations to be completed.

“I’m not here to waste nobody’s time I expect the same respect in return,” said Vargas.

My advice is for Vargas to forget about Brook and go for a fight against Bradley. Vargas might be an old man by the time Brook makes it to the ring.