by Scott Gilfoid: The highly talented WBA Super World super bantamweight champion Guillermo “El Chacal” Rigondeaux (17-0, 11 KOs) retained his title tonight with a 2nd round stoppage win over #11 WBA James “Jazza” Dickens (22-2, 7 KOs) at the Ice Arena Wales, in Cardiff, Wales, United Kingdom. The fight was halted after the 2nd round due to the 25-year-old Dickens suffering a broken jaw in round two. The official time of the stoppage by referee Howard John Foster was at 3:00 of round two.

The injury occurred when Rigopndeaux landed a scorching big left hand to the jaw of Jazza in the 2nd round. The shot caused Jazza’s jaw to whiplash in a gruesome fashion. To the southpaw Jazza’s credit, he came back with a big left hand of his own that was partially blocked on the gloves of Rigondeaux. The remainder of the round saw both guys unwilling to let their hands go. Rigondeaux was waiting for Jazza to commit to a punch so that he could counter him, but Jazza was perhaps too hurt to try to throw anything. As such, the round was pretty even except for that one big punch from Rigondeaux.

After the 2nd round ended, Jazza chose disclosed his injury to his corner and the fight was quickly halted.

It’s too bad the fight ended the way it did because it would have been interesting to see what the much bigger Jazza could have done in the remainder of the fight.

Rigondeux likely would have torn Jazz apart sooner or later once he started letting his hands go more. Jazza looked like he had no intentions of giving Rigondeaux a chance to counter him with anything big. The only way you can keep Rigondeaux from having anything to work on is by not throwing punches at all, whjich is what Jazza was doing after he threw one big punch in the the 2nd round. Jazza was effectively in the shutdown mode after throwing that one punch because Rigondeaux was just waiting for a chance to nail him with another big left to the head.

I’d be surprised if Rigondeaux gives Jazza a rematch. I don’t think it would be worth it for Riongdeaux to fight Jazza a second time unless his promoter is willing to make it worthwhile by offering him a ton of money to come over to the UK a second time and face him once again. I don’t want to rain on Jazza’s parade, but he could fight Rigondeaux 100 times and he’ll get beaten every time. I don’t think it would be good for Jazza to keep throwing him in with Rigondeaux because he’ll never beat him. 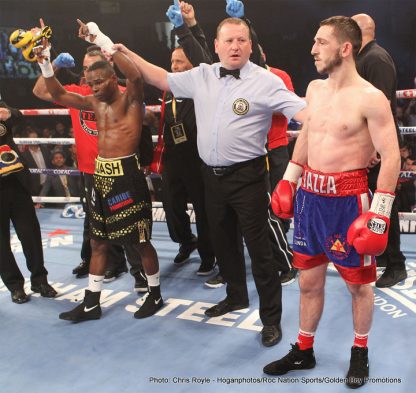 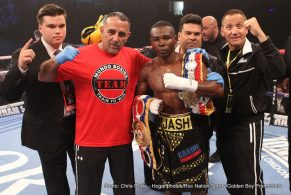 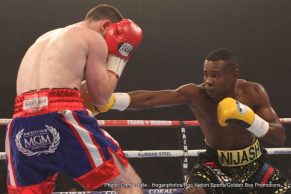 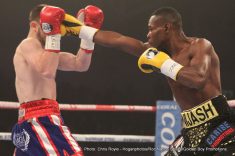 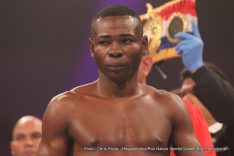 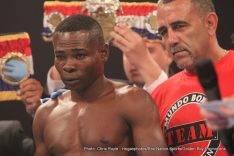 « Will Kell Brook ascend into greatness against Golovkin?