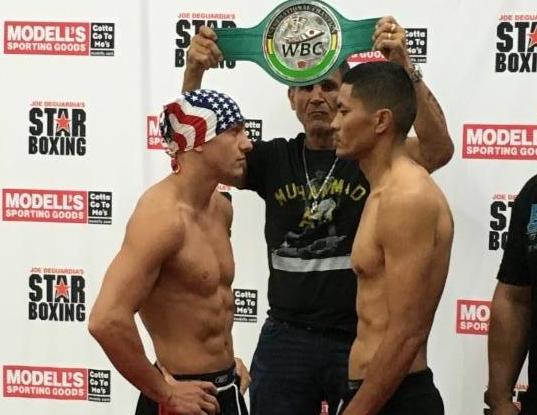 Seldin, the Patchogue product fighting out of Shirley, Long Island, has been superb in compiling an unblemished 18-0 mark, with 15 of his triumphs coming via highlight reel knockouts. Seldin has won 10 straight and 15 out of 16 at the popular Long Island venue.

More on Seldin vs. Selig: Seldin, who has continually climbed the ranks of the Junior Welterweight division, will be appearing for the 15th time at the Paramount. Seldin has become a must-see attraction for his all action fights and tremendous punching power. The Hebrew Hammer captured the WBC title on December 20, 2014, stopping the very tough Bayan Jargal in nine rounds, and has successfully defended the championship three times. In his last outing at The Paramount on March 5, Seldin returned from shoulder surgery and picked right up where he left off by destroying Orlando Vasquez in the opening round.
Selig is coming off two straight knockout wins and has crossed gloves with world rated fighters Sadam Ali and John Jackson as well as top prospect Jose Ramirez.

Says DeGuardia: “Cletus Seldin is becoming a major force in the already loaded Junior Welterweight division. His ferocious style has attracted droves of fans and on June 17th we expect the same as he faces a tough task when he battles Jesus Selig, who hopes to upset the applecart. I expect another exciting night of fights at The Paramount, as has become the tradition with the Rockin Fights series”.

Experts comment on The Paramount:
“Joe has a magical formula at The Paramount,” says former heavyweight contender Gerry Cooney. “As a former boxer, I believe that really helps him. He understands the fighters, and watches out for them. He makes these guys fight durable guys. He and matchmaker Ron Katz are a great combination. They put them in tough fights. The Paramount is sold out every time at the Paramount, so the fighters have also been able to build the fan base.”
Former NYSAC Randy Gordon, now a boxing commentator and radio host, echoes Cooney’s sentiment. “As a former boxer himself on a high level, Joe understands the boxer’s mentality. Building a fighter’s career is not about one fight, it’s a process.”


« Thurman will be using Kell Brook’s game plan against Porter