Thurman will be using Kell Brook’s game plan against Porter 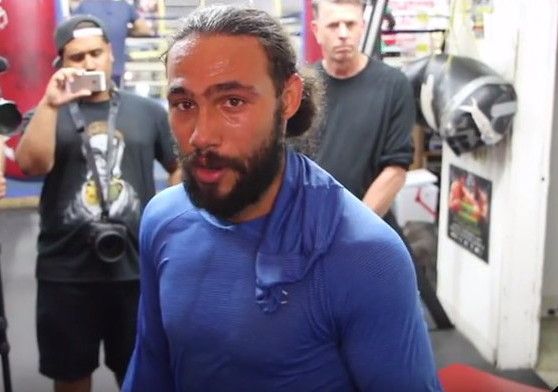 By Allan Fox: The boxing public have been waiting for many months to see the Keith Thurman (26-0, 22 KOs) vs. Shawn Porter (26-1-1, 16 KOs), because they believe the fight will be an exciting bout from start to finish with a lot of exciting. However, Thurman is saying he plans to use the same game plan that Kell Brook used to defeat Porter two years ago in their fight in 2014.

Brook used a great deal of clinching to keep Porter from being able to throw his punches. WBA welterweight champion Thurman will be defending his title against Porter on June 25 at the Barclays Center in Brooklyn, New York.

Thurman says he doesn’t intend on being stationary against Porter in this fight, because he doesn’t want to give him a chance to land his punches. So instead of staying in the pocket, Thurman will be circling the ring constantly.

The movement could turn the fight into a very, very boring one to watch for the fight fans. The old sparing video that was released recently of a Thurman-Porter spar that took place years ago was a dull thing to watch. If the Thurman-Porter fight is going to be similar to their sparring session then this could be a very boring fight.

“Kell Brook was able to win the fight with his agility, so we’re going in with a similar game plan,” said Brook to Thaboxingvoice.com. “You can throw a punch if someone stands there. I’m not a fighter known to stand there. By moving around the ring, I should be hard to hit. My movement should minimize his output,” said Thurman.

Thurman should aspire to a higher level of fighting than to use the Brook fight as a blueprint in how to fight Porter. That fight was like watching paint trying due to Brook holding and moving. The boxing public saw a great fight recently between super featherweights Francisco Vargas and Orlando Salido on HBO on June 4. It would be nice if Thurman was interested in fighting like one of those two fighters rather than looking to spoil for 12 rounds and not get hit.

When the interviewer said to Thurman that the boxing fans might interpret his movement as running from Porter, Thurman got visibility irritated, saying, “Does the public pickup my pay check? Do they sign my paycheck? Do they cash my paycheck? Does the public sweat like I do or work like I do? You have to love and respect the public, but then you have to disregard them at the same time. First off, understand the sport you are watching. It’s boxing. The definition of boxing is to hit and not get hit. The real art of boxing is being a circle fighter. Fans want to see fighters. Fighters move in a straight line. Circle fighters are the boxers that utilize movement that makes it difficult for a straight forward fighter to attack. You can’t go straight into a circle. You can go straight into a wall. Too much movement is when they say they’re running away. The people are always going to try and demand something. The people are going to demand a good fight. The definition of a good fight is to see two people beat up. It takes tremendous skill to make someone miss with their punch and then adjust on the fly. If you can’t hit me, then you can’t beat me. Boxing is the only sport where defense is frowned upon,” said Thurman. 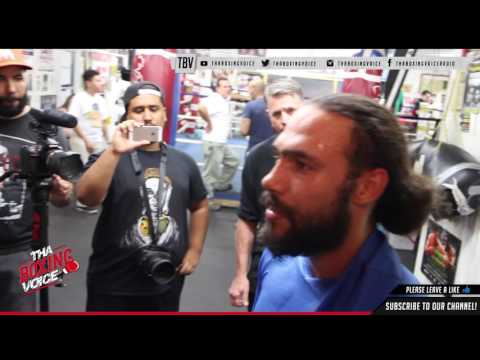 It appears that Thurman doesn’t feel like he owes anything to the boxing public to make his fights exciting for them to watch. That’s too bad because for Thurman to build a huge fan base like Saul “Canelo” Alvarez, he’s going to need to make his fighting style more exciting. Thurman should think seriously about trying to pattern his fighting style like Gennady Golovkin, Salido or Vargas. Those guys entertain the fans, and they don’t disregard the public when it comes to putting in exciting fights. They naturally are exciting fighters. Thurman should try and at least stand in the pocket rather than circling the ring endlessly like we’ve seen in some of his past fights.

Thurman is going to deal with a lot of booing on June 25 if he runs from Porter like he did against Leonard Bundu.