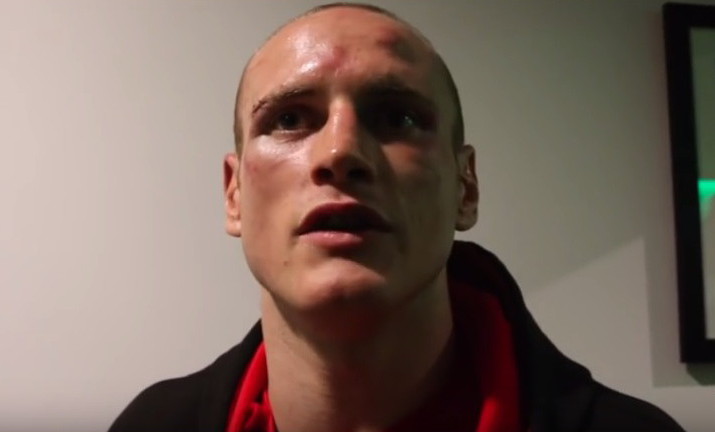 Groves now will possibly face #1 WBA Fedor Chudinov (14-1, 10 KOs) for the WBA 168 Super belt if/when it’s stripped from Felix Sturm. Groves feels confident can beat any of the champions at super middleweight despite the fact that he’s failed on three previous occasions when challenging for world titles.

“I think logically it will be Chudinov,” said Groves to IFL TV about his next opponent will be. “The belt will go back him, and then I’ll have a crack at Chudinov for the [WBA] Super belt. I fancy myself against any of the champions.”

Chudinov was arguably robbed of a pretty clear victory over Sturm last February in losing a 12 round majority decision in Germany. Many boxing fans thought the 28-year-old Chudinov did more than enough to deserve the decision over Sturm in that fight. I had Chudinov winning by four rounds. It’s unclear what the three judges were looking at for them not to give Chudinov the victory.

“I crave a big fight now and a major belt would be perfect. I’m in entertaining fights – Murray and me took the risk and everyone knew they would get a good fight. I put bums on seats and that should be recognized with a big fight. A world title by the end of the year would be terrific and I’m happy to face anyone,” said Groves to sportinglife.com.

I think Chudinov would be a very, very difficult fight for Groves. It would be a winnable one, but still a hard fight if Chudinov brings his A-game like he did in his recent fights against Sturm and Frank Buglioni. Chudinov would be dangerous for Groves because he’s got an excellent chin, heavy hands, and he can throw nonstop punches for 12 rounds. Chudinov’s hand speed is painfully slow, so he usually gets his knockouts by clubbing his opponents into submission with his heavy hands.

Chudinov kind of reminds me of a George Foreman type of puncher. He hits hard with every shot, but he’s just so, so slow. Groves will likely come up with a strategy to keep Chudinov from bludgeoning him into submission by using movement a ton of clinching. If Chudinov can’t adjust to those predictable strategies, then Groves will win.

Well, Groves is right about him being in entertaining fights. You can’t say that Groves isn’t always in exciting fights. I mean, there’s a sense of drama involved each time Groves steps inside the ring, because you never know if he’s going to get poleaxed or if he’s going to run out of gas again and lose. Groves also has the kind of punching power where he can end the fight with a single shot if he lands clean. It’s pure 100% drama each time Groves fights, which is what it is always entertaining to watch the guy. Even last Saturday against Martin Murray, there were moments where Groves looked shaky and there for the taking. If Murray had been able to throw punches and fight hard for three minutes of every round, he would have likely knocked Groves out.

Murray just wasn’t capable of throwing more than a few punches in each round, because he was too busy covering up behind his clam shell guard the way he typically does when he fights for world titles.

The thing is, when Murray fights fodder opposition, he attacks his opponents like he’s another Gennady Golovkin. But when Murray steps it up against 1st tier opposition, he ruins his opportunity to win by covering up behind the old clam-shell guard and playing partner for 12 rounds. Only Murray knows why he does that. I don’t understand it. Is it fear or what? 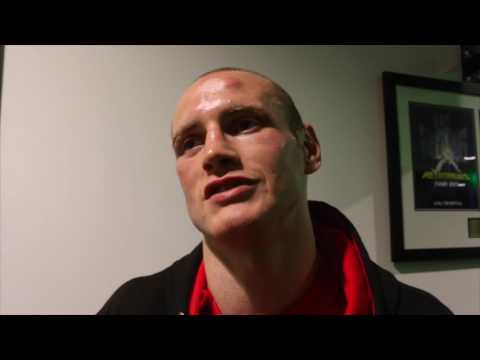 “You’ve got to say George did all right – maybe even a little better than that,” said Carl Froch via vitalboxing.com. “I am still not convinced he has a God-given right to win a world title but I can definitely see him getting another shot if he carries on like this. The jury is still out but I am going to be positive. There were signs that he is back and with trainer Shane McGuigan giving him a different outlook, he took a big step in the right direction.”

I don’t know that Groves has truly earned a world title fight, but he’s going to get one anyway. With teach weight class watered down with a potential five world titles that can be won, it means you can get guys like Groves that can get chance after chance at winning a world title. There are just too many titles, so you get weaker fighters winning belts. For example, the current WBA World super middleweight champion is Giovanni De Carolis. He’s a fighter that was easily beaten by Arthur Abraham by a lopsided 12 round unanimous decision by the scores of 120-108, 119-109 and 119-109. I don’t think Groves has come back in any real way from his losses to Froch and Badou Jack. On the contrary, I see Groves as the same fighter that lost to those guys. The difference is, Groves has had three soft touches in a row in Martin Murray, David Brophy and Andrea Di Luisa. Those are record-padding fights.


« Hearn wants Joshua to take another voluntary defense in November