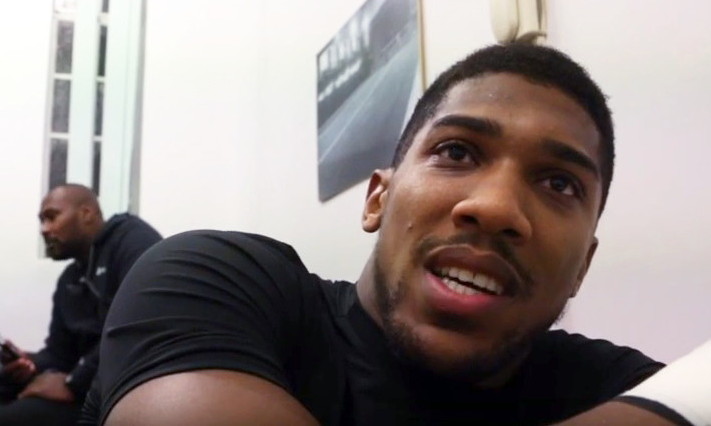 By Scott Gilfoid: Anthony Joshua (15-0, 15 KOs) doesn’t think he’s facing the toughest opponent in his fight this Saturday night against IBF heavyweight champion Charles Martin (23-0-1, 21 KOs) at the O2 Arena in London, UK. In other words, it appears that Joshua is overlooking the hard hitting Martin by dismissing him as not the best opponent of his short three-year pro career.

When you get novices like Joshua dismissing world champions as threats, then you know that there’s an ego that is out of control and begging to be put in it’s place.

“He’s not my toughest opponent yet,” said Joshua via Fightnews.com. “Right now, looking at Charles, he’s a counter-puncher, he’s laid back, he doesn’t work the full rounds. It should be a nice controlled fight.” 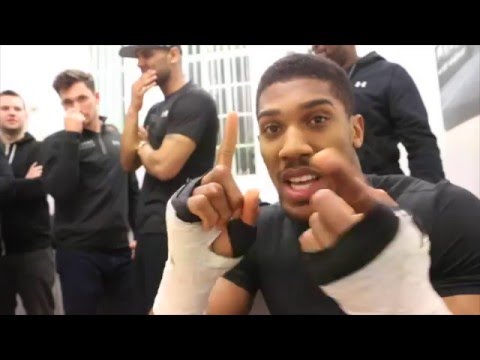 Well, we’ll see if Martin is laid back on Saturday night when Joshua gets inside the ring with him. We’re hearing how Martin isn’t the toughest opponent of Joshua’s career, and how he’s going to knock him out by the 6th round. We’ve also heard about Joshua saying he wants to turn the fight into chaos in order to throw Martin off because Joshua believes that the American likes predictable fights.

“The Dillian Whyte fight was a tough fight. We were both hungry. The guy was very strong to the head, that was a tough fight for sure. So I don’t think Charles will impose those type of threats that Dillian did,” said Joshua.

Joshua makes it out like Whyte was a very tough fight for him, but the reality is Whyte was only tough for the first two rounds of the contest because he suffered a shoulder injury in the 2nd round and was fighting with one arm from that point on. Whyte’s left arm was just dangling there useless to him after the 2nd round.

I hate to say it but I see this as an easy fight for Martin. I totally agree with WBC heavyweight champion Deontay Wilder, who sees this as a win for Martin. Joshua is just too green, too sloppy from all the mismatches his promoter Eddie Hearn has set him up with, and too full of himself. I mean, Joshua isn’t talking about himself in the third person yet, but I see that happening soon with the way he’s bragging and talking like his feet aren’t on the ground. What gets me about Joshua is speaks like someone with years and years of experience in the pro game, when the reality is he’s a 15-fight novice with wins over mostly old timers.

If Joshua fights smart and doesn’t go wild on us like he has in his past 15 fights, then I think he has a chance of winning on Saturday. But if Joshua fights in his normal fighting style, then I see this as an easy fight for the counter punching Martin.