Felix Verdejo vs. Juan Jose Martinez on June 11 on HBO 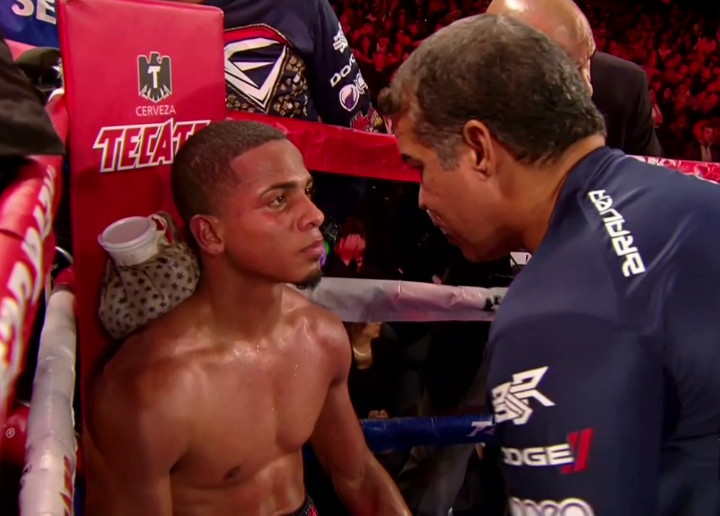 The 22-year-old Verdejo badly needs to look good in this fight because there are already whispers that the Puerto Rican fighter isn’t what many boxing fans thought he was going to be when he turned pro four years ago in 2012.

Instead of becoming Top Rank’s next star, Verdejo could become the next Thomas Dulorme. There’s nothing wrong with Verdejo becoming another Dulorme, because he’s certainly a good fighter, but obviously Top Rank was expecting more from Verdejo. In Verdejo’s last two fights, he’s looked disappointing against Jose Luis Rodriguez and William Silva.

Those aren’t great fighters that Verdejo wasn’t matched up against, but he didn’t make it look easy against either of those guys, especially Silva. If Verdejo had breezed through those two fighters instead of struggling with them, Top Rank likely would not be wasting his time putting him in with a 2nd tier fighter like Juan Jose Martinez.

The fact that they’re still matching Verdejo against weaker opponents suggests that they’re going to back him off from the top guys and wait and see if he can improve in the next two years. If Verdejo fails to get better, then Top Rank is going to need to decide what to do with him.

They could either groom Verdejo up to have him get a payday fight for them by facing one of the champions in the lightweight division, which would likely beat him, or they could have Verdejo either move up or down in weight to see if he can have better success at super featherweight or light welterweight. Verdejo does have fast hands and decent power, but he’s easy to hit and he seems uncomfortable when taking shots. I guess Verdejo has had too many mismatches where his opponents have caved in immediately. Now that he’s fighting guys that hit back, Verdejo looks uncomfortable.

Ranked #2 WBA, 3 WBO, Verdejo has a high enough ranking to where he could soon get a world title shot if Top Rank wants him to. It doesn’t look like they’re in a hurry though. They’re going to continue to carefully match Verdejo and obviously hope that he can improve enough to where he can start winning world titles for them.

I’m not sure if he can. Verdejo looks like a still very raw fighter at this point, and if he’s going to improve enough to win a world title, then it probably will be down the road at some point. I think Dulorme was a better prospect than Verdejo when he was at the same point in his career, and we’ve seen where Dulorme has ended up. It looks like Verdejo might be Dulorme 2.0.

Verdejo’s fight against the 29-year-old Martinez will get a lot of attention due to the fight taking oplace the day before the Annual Puerto Rican day parade in New York. This isn’t a great co-feature bout for HBO, given that Martinez is a 2nd tier fighter and not an actual contender. But it looks like Top Rank isn’t going to be taking any chances with Verdejo by putting him in with a live body that could potentially beat him badly.

Lomachenko (5-1, 3 KOs) will be looking to win the WBO super featherweight title off Roman Martinez (29-2-3, 17 KOs) in the main event. This is a great chance for Lomachenko, because Martinez took a really bad beating in his last fight against Orlando Salido last September in getting a gift draw.

Martinez clearly lost that fight by four rounds, but the judging was awful on that night. Salido punished Martinez so badly that you could make an argument that the fight should have been stopped by the 8th round. It’s bad for Martinez that he’ll be fighting such a good fighter in Lomachenko after the Salido fight. I can’t see Martinez having anything left after that beating. Lomachenko wins this fight easily in one-sided affair.