Videos: Martin vs. Joshua Weigh-In – Briggs/Haye Go At It!

William Hill, the proud sponsors of the IBF world title fight between Anthony Joshua and Charles Martin, are predicting up to £20 million will be bet on the card at the O2.

Joshua, the Golden Boy of British Boxing, is the 2/9 favourite for the fight but the majority (70%) of bets have been on the IBF title holder Anthony Joshua.

However, William Hill are starting to see some large bets on Joshua winning the fight early. They’ve taken a £2000 bet at 8/1 on AJ winning in the opening round and two £1000 bets at 7/1.

Joshua, who has KO’d all of his 15 pervious opponents, is a short priced 3/10 shot to stop the defending champ.

“There’s a split among boxing punters on who will win the fight, said William Hill spokesman Tony Kenny, but one thing everyone can agree on is that this fight won’t go the distance,” 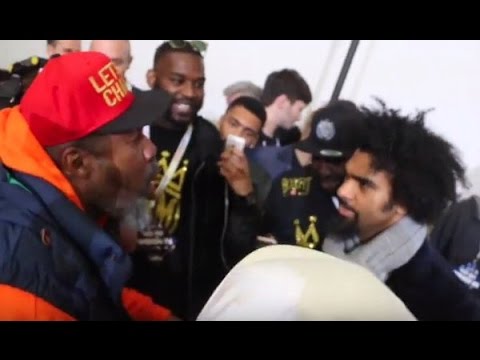 IBF Heavyweight World Champion Charles Martin and unbeaten British Olympic Gold Medalist Anthony Joshua faced off at the final press conference on Thursday at Four Seasons Hotel in London as they near Saturday’s heavyweight showdown, live on SHOWTIME from The O2. 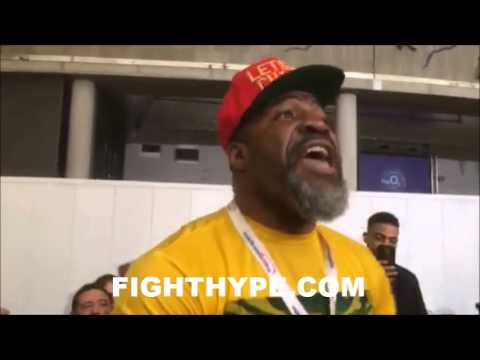 Here’s what Martin and Joshua had to say at Thursday’s final press conference.

“I don’t consider this a risk. The O2 Arena, that’s my arena. I’m comfortable everywhere I go. When eyes are on me, I’m going to perform.

“I know how to move my head and be evasive. Real true analysts see the things I do. They can tell.

“I’m always here to prove the doubters wrong. When you doubt me, that just fuels my fire. 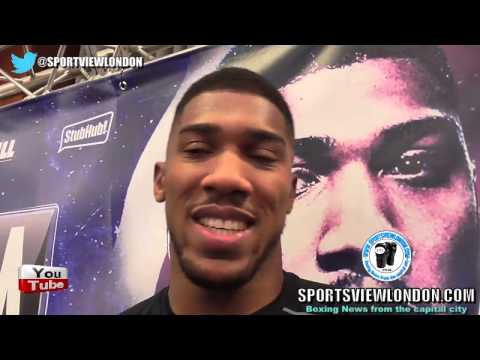 “They know when it comes to these big heavy-hitters we don’t play games. We’re here to go to war. We’ve just got two generals in the ring and the best army wins.

“You know what I’m like, I’m a fighter. I’m not going to go in there and dance around and try to evade punches. I’m going to walk through two to give him five. That’s just how it goes, I’m coming for him.

“I’m here to box, but at the same time I know I’m ready to swim through deep waters to get it. It’s not going to be easy, I know that for a fact, no fight is easy. That’s why I said to you I will box and hopefully it will be an easy night.

“It most definitely is a risk, but at the same time let’s scrap all this 15-fight, 16-fight nonsense and let’s put men in the ring together who want it. Whoever wants it comes out on top and it’s simple as that.”

When asked if he can control his emotions: “Probably not. I’ll probably go out and try to take his head off.” 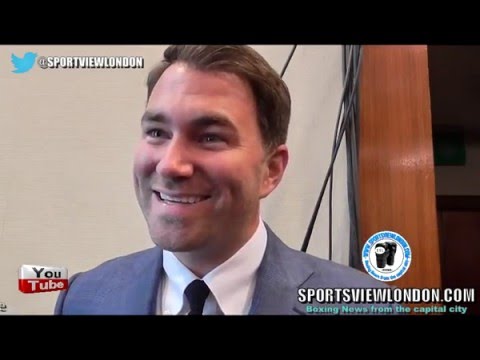 “I’m world champion, but a lot of people don’t know me. After I knock him out we’ll see where that goes.

“I’m not going to go in there respecting anybody’s power. He’s going to have to respect me and my power and deal with me and my tools. I don’t care what he’s bringing to the table. “This is my livelihood and I get real emotional with this. If you don’t take emotion into it then how are you even going to win? I’ve got to walk my own path. When I get emotional ahead of a big fight like this, I feel that I cannot be stopped. Even if I have doubt, I always have that.

“I don’t think about where he’s been. All I care about is where he’s going. I don’t care if he’s been in deep water before, or how many rounds he’s been. I want him to remember the word ‘timber’ because I’m going to make his ass hit that canvas real hard.

“I don’t want to let this go: this is never going to end. I want to be known as the greatest southpaw heavyweight that ever put on a set of gloves.

“When I get to this point now, I can’t be stopped. I’m like Lamon Brewster versus Wladimir Klitschko when he unloaded all those shots until he couldn’t throw anymore punches. And then what did Lamon Brewster do? Knock him the (expletive) out. Just that will to win, man. You can throw whatever you want, but I’ll walk through fire to get you. “It’s controlled aggression, though, because if it’s not, you’ll run into everything they throw at you. I go in there with my antennas to the ceiling and I won’t take my eyes off him until the job is done.

“Everything is just cooking in the kitchen like I am a master chef, and all of the ingredients put together make it perfect.

“The belt is absolutely in the right hands. I didn’t want to win it the way I did – that was just crazy – I don’t even really like talking about it because it wasn’t my fault. Afterwards, he walked out of the venue – he didn’t limp or get carried out, he walked. If that was me I’d have fought on and gone out on my shield. You’d have to knock me out no matter what. I don’t care if I break my hand, if I break my jaw, I am not stopping.”

“I believe I am ready to win the world title. A lot of people have said that this might be too soon for me, that I’ve bitten off more than I can chew, but right now my knuckles are itchy and I just want to get in there and show the world what I can do.

“When my promoter Eddie Hearn called me up and said ‘do you want to fight Charles Martin for the world heavyweight title?’ I just said: ‘Let’s roll’.

“Opportunity knocks and you have to open the door. I have trained and prepared correctly and am ready for this. There’s no turning back. I just embrace it.

“We saw the opportunity when Martin called me out. I was like, ‘OK Mr. IBF calling me out.’ The IBF champ calling out the British champ. I’ve got the heavyweight champion of the world calling me out saying he wants to fight me. I say cool. Let’s rock and roll.

“At the end of the day, let’s strip away the heavyweight title and let’s look at the opponent I’m facing. Charles Martin is a southpaw who can box and who can punch a bit. “Facing a southpaw always comes with different angles and different tricks. I can’t go in recklessly because you can easily get counter punched. That’s why sparring is important and having a successful camp is important. I know I’ve done all I can to prepare myself for him.

“Let’s welcome Charles into the Lion’s den. He’s coming to The O2 – this is my stomping ground. When I fight here it’s electric and it’s going to be an amazing atmosphere, the best yet. It’s going to be interesting to see how he handles it. What a night it will be if I can lift that belt above my head.

“Sometimes you got to put talent to one side and dig deep. This is the fight game; you got to prove to yourself that when tactics aren’t working, you’ve got to dig a bit deeper, go to war and find a way to win. That’s what I thought when I fought Dillian (Whyte). Certain things weren’t working, I was rushing a bit, I wasn’t in my comfort zone, but I dug deep I found a way to win and I ended the night in a spectacular knockout.

“After I do the business with Martin, a fight with (Tyson) Fury is 10 or 12 months away — providing he handles his business in (Wladimir) Klitschko rematch.

“I find Fury a bit irritating to be honest. All his antics work for him, I suppose, but I can’t wait to fight him. He’s had plenty to say about me, and it’s coming from the same guy that was singing my praises when I sparred with him when I was a complete novice.

“As time goes on, it’s going to get worse for the others because my confidence will grow, I’ll train, learn and take it into the ring.

“David Haye? Bring it on. My heart tells me I am ready. I am at championship level now. After I get Martin out of the way, David is a massive name and when we’re ready to get it on it will be a huge fight.”