Bradley: Pacquiao’s fans will be disappointed on Saturday 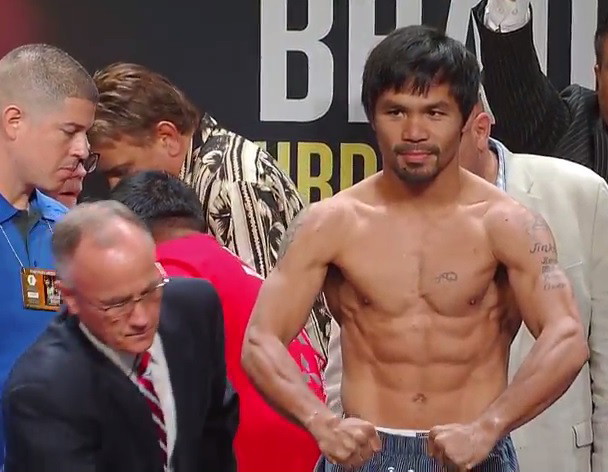 By Chris Williams: Tim Bradley (33-1-1, 13 KOs) expects to spoil the party for the Filipino politician Manny Pacquiao on Saturday night for what could be his final fight of his long career. Pacquiao has been talking a lot about wanting to win a seat in the senate in the Philippines, and then convert over to a helper of the people.

However, Bradley wants to give Pacquiao a nice fat loss to send him on his way before he runs for that senate seat in May. Bradley says that there are going to be a lot of upset Pacquiao fans this Saturday night after he beats Pacquiao to give him his seventh defeat of his career in their clash at the MGM Grand in Las Vegas, Nevada.

“I didn’t imagine this, but I feel this is what God had in store for me,” Bradley said. “I can beat Manny Pacquiao, and this is another opportunity. You all better get ready. There will be a lot of disappointed Pacquiao fans [Saturday] night.”

Bradley can beat Pacquiao, and if he does do the job on him, he will surely retire after the loss. There’s little chance that Pacquiao will want to stick around to face Bradley for a fourth time, especially if their fight brings in dismal PPV numbers on HBO. Their promoter Bob Arum is reportedly second guessing his decision in having Pacquiao fight Bradley rather than his young champion Terence Crawford, who badly needed Pacquiao’s scalp to turn him into a star the same way Pacquiao became a star after taking Oscar De La Hoya’s scalp in 2008.

Arum had his chance to put Pacquiao in with Crawford in a fight that would have brought in a lot of PPV buys, but instead Arum blew it by putting a tired fight together because Pacquiao and Bradley. The result has been zero interest in the fight, even from the hardcore boxing fans. Even the undercard, which isn’t all that appealing to be honest, isn’t doing much to drive interest in the fight.

“I hope the fans really enjoy themselves on Saturday night,” Pacquiao said via ESPN. “Expect more action in the ring. We did our best in training camp, and I will bring out my best on Saturday night. After this fight I have already said that my mind is to focus on my job. If I win a senate seat, I have a big responsibility and I need to focus on that. I cannot say right now that I am going to retire. I don’t want to say that because I don’t know what the feeling is when you leave boxing. I will give it great thought when I return home. My mind right now says to retire, but we don’t know.”

Pacquiao seems to assuming that he’s going to get elected. That’s not how it is in the United States. The politicians over there never assume anything when it comes to elections. Even if Pacquiao does get elected, it’s unclear whether he’ll like the job.

The worst thing he can do is get elected and then hate the job like a passion, and be stuck with the job for the next six years. That’s how long the term lasts in the Philippines, and they’re eligible for two terms only. After 12 years in office, Pacquiao will 49-years-old. He might not even get elected for a second term, and wind up with six years gone out of his life and not in the position to do much.

I think Bradley has caught Pacquiao at the right time with Pacquiao dreaming of winning an election. Instead of Pacquiao having his mind on the fight, he’s focusing on winning his precious senate seat. This might be the right time for Bradley to overwhelm the 37-year-old Pacquiao and take him out with a storm of shots on Saturday night.

Instead of Pacquiao getting knocked out with one shot like he was by Juan Manuel Marquez in 2012, he might get taken out with a flurry of shots from Bradley. You got to love boxing, and if you try and juggle other interests like politics and basketball, you’re going to get scalped big time. We saw how Marquez took the basketball playing Pacquiao out in 2012. We saw how Floyd Mayweather Jr. beat him too. Now it’s Bradley’s turn.

“Manny told me that he was going to retire after this fight, but I have been around this business for 50 years and a lot of fighters can’t walk away, so I am not advertising that this is going to be Manny’s last fight,” Arum said via ESPN.com. “It could be, but then it may not be. He said he’s going back to run for senate and if he becomes a senator, he’ll have to decide whether to devote full time to the senate or he can work in a continuous boxing career. But again, that is going to have to be something that’s he’s going to have to decide. But one thing, I am not selling this fight as Manny’s last fight, so if he does come back after this fight, don’t say I deceived anyone.” 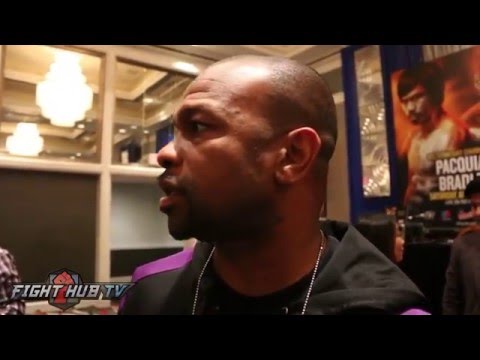 Arum is right. Pacquiao will probably be able to do whatever he wants when he becomes a senator in the Philippines. This could be a very cushy job for Pacquiao with him being able to do whatever he pleases. If he wants to play basketball of continue with his boxing career, you can bet that there’s not much going to stop him from doing it. Right now, Pacquiao doesn’t understand what the senate job will entail. He could find out all they do is talk and socialize with lots of cocktail hour meetings.

Of course, none of this will matter if Pacquiao gets beaten by Bradley on Saturday night. If Bradley beats a distracted Pacquiao while he’s lost in reverie thinking about his senate gig in the Philippines, then he could take him out and leave him on the canvas in a pool of blood. I imagine Pacquiao’s trainer Freddie Roach would take the loss hard because he’s been with him for such a long time. The same with his helper Buboy Fernandez. I still remember how Buboy reacted when Marquez knocked Pacquiao out in 2012. Buboy was highly upset about the loss.

“The time feels right for winding down my boxing career. We will see,” Pacquiao said. “I am training like it is my last fight. I want to give everyone a memorable fight. I am all about the here and now, the present.”

Roach thinks Pacquiao should make as much money as possible because he tends to give away a lot of his money helping people out in the Philippines. I agree with Roach. I think Pacquiao should at least continue fighting so he can help out the people. His job as a senator will only pay him a little more than $100,000 per year. Pacquiao can make many more times that amount if his promoter Arum matches him against the right guys instead of sticking him in with guys that can’t sell like Bradley, Brandon Rios and Chris Algieri. If Arum had done the right thing by matching Pacquiao against Amir Khan, Adrien Broner or Terence Crawford for this fight instead of Bradley, there would be a heck of a lot more interest in the fight than their is with the Pacquiao-Bradley fight.

“I think that’s the biggest fight out there (with Crawford),” Roach said to ringtv.com. “I like the fight at 140 because that’s his best fighting weight.”

I don’t agree that Pacquiao vs. Crawford is the biggest fight out there. Roach is kidding himself if he thinks Crawford has a bigger fan base than Saul “Canelo” Alvarez. Pacquiao vs. Canelo is the biggest fight out there by far. You can’t compare Crawford with Canelo. Crawford is only popular in Omaha, Nebraska. Canelo is popular nationwide in the United States. Perhaps Crawford will become a huge star someday in the future, but that someday isn’t here yet. Pacquiao doesn’t have 10 years to wait to see if Crawford becomes popular or not. Pacquiao needs a star right now to fight, and the best guy for him to fight is Canelo Alvarez. I don’t think Arum would let Pacquiao fight Gennady “GGG” Golovkin, so I won’t even mention him.

“Oscar is just scared of Manny Pacquiao,” Roach said. “He kicked his [expletive]. He’ll never forget that one. It was the worst memory of his life.”

Roach is wrong about De La Hoya being scared of putting Canelo in with Pacquiao. That’s a fight that De La Hoya would make in a second because it would bring in so much cash to his Golden Boy Promotions company. Why would De La Hoya say no to the biggest potential payday of Canelo’s career. There might not be any other Pacquiao type fighters that are going to come along during the remainder of Canelo’s career, so he should look to take that fight right now. I can’t see De La Hoya standing in the way of Canelo taking that fight. Besides, Canelo is the one who pretty much decides who he fights, not De La Hoya.

Charles Martin: I’m going to break Joshua down and stop him »