Charles Martin: I’m going to break Joshua down and stop him 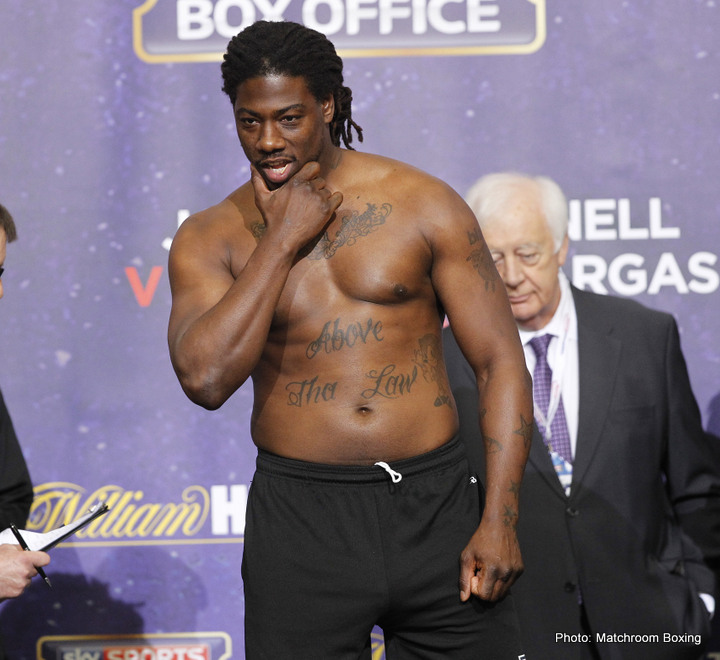 By Scott Gilfoid: Charles Martin (23-0-1, 21 KOs) says he’s fully prepared for his title defense on Saturday night against unbeaten and highly hyped Anthony Joshua (15-0, 15 KOs) at the O2 Arena in London, England. Martin had done his homework well in scouting out Joshua’s past fights and spotted the chinks in his armor.

Martin says he’s going to break the easy to hit 6’6” Joshua and then throttle him until he’s finished. Martin, 29, plans on using Joshua’s natural inclinations to slug against him by countering him until he either implodes or learns that he’s going to need to become more conventional by boxing instead of slugging.

Since Joshua hasn’t proven that he can any of that, it would seem like Martin is going to take care of Joshua no matter what he does on Saturday night.

“I’m not breaking anything down. I’m going to break him down and I’m going to stop him. It doesn’t matter how it comes. I’m not picky. I live for these sort of moments,” said Martin via skysports.com.

There it is. Martin is going to be stopping Joshua, and doing it in front of his own fans on Saturday night. There’s nothing worse than getting stopped in front of your own fans, especially when you’ve been hyped the way that Joshua has been. That’ll be a real buzz-kill for Joshua to get taken out in that manner. I can’t blame Martin for calling it like he sees it by predicting a knockout. He’s been boxing for long enough time to know whether he’s going to win or not. I mean, 23 fighters have tried and 23 fighters have failed to beat Martin. He must be doing something right I guess.

It’s one thing to get knocked out in front of hostile fans in your opponent’s hometown, but quite another thing when it comes in front of your own fans. That’s why it’s sometimes better for fighters to be fighting away rather than at home because the chances of being embarrassed are much less. 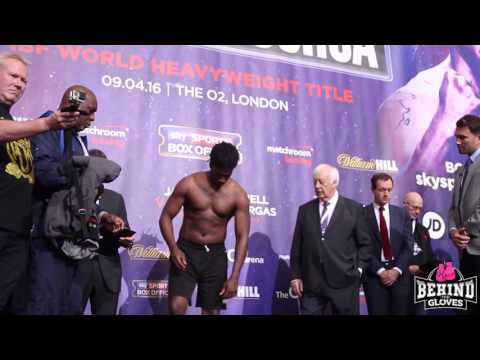 Well, Joshua can avoid being embarrassed if he uses his smarts to find a way to beat Martin. This means he needs to come up with another strategy to try and win the fight rather than going out and trying to bludgeon Martin into submission. I think that would be a real stinker of a plan for Joshua if that’s what he plans on doing, and I think it is. Joshua even told the media that he’s a warrior and that he’s going to fight the way he always fights by going out and trying to fight in a toe-to-toe manner if he can.

“I just won it and I ain’t done having fun with it. We’re all ready to get up in his head tomorrow. You can train all you want – that’s just conditioning and doesn’t win fights. Conditioning is a recipe but it’s the heart,” said Martin about not wanting to give up his IBF title.

Joshua looks like Hercules now rather than a fighter, and I think that kind of physique is the opposite of what you need to win a fight that requires you to be able go 12 long hard rounds. I’m just saying.

« Bradley: Pacquiao’s fans will be disappointed on Saturday