Rigondeaux vs. Dickens fight is off 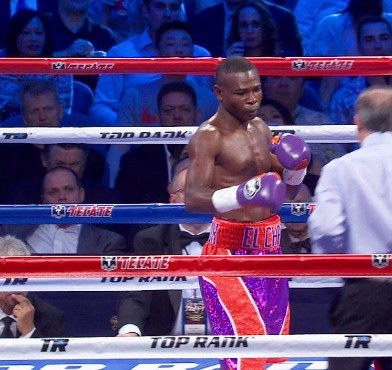 By Scott Gilfoid: This Saturday’s scheduled fight between Guillermo Rigondeaux and Jazz Dickens is reportedly off due to Rigondeaux having visa problems that will get in the way of him fighting. Let’s be real about this. Boxing fans aren’t likely going to miss much with the Rigondeaux-Dickens fight being cancelled. It was a mismatch of epic proportions, as Dickens is a 2nd tier fighter that was trounced by Kid Galahad in the past. Rigondeaux would likely clown Galahad. The difference in talent between Rigondeaux and Dickens was incredible. Dickens is technically a professional fighter, but he was worlds behind Rigondeaux in terms of talent. Rigondeaux would have had to literally carry a fighter like Dickens to make it an interesting fight in my view. I think it would be an embarrassing fight to watch.

The good news is the March 12th card, headlined by WBO lightweight champion Terry Flanagan vs. Derry Mathews, is still taking place at the Echo Arena in Liverpool, UK. It’s a decent little fight. I mean, it’s Flanagan vs. Felix Verdejo or anything, but it’s a decent entertainment.

It’s kind disturbing that Flanagan has already beaten Mathews in the past, but rematches are the norm in the sport nowadays. I would much prefer to see Flanagan fight some new blood rather than having Mathews trotted out again for another fight against him, but what can you do?

Rigondeaux was in Russia recently training with his trainer Pedro Diaz. Rigondeaux needed five days for his visa to clear for him to be able to travel from Russia to the UK for his fight against Dickens. However, there was a holiday in Russia during this time and that slowed things down. Rigondeaux reportedly then flew to the U.S and ended up in Miami, Florida. It’s unclear why he flew to the U.S when his fight was in the UK.

You have to wonder how this will effect Rigondeaux’s career? Some boxing promoters might not want to be too much in a hurry to setup a fight with Rigondeaux’s promoters if they feel that they can’t depend on him to be there for the fight? Obviously, the visa problems weren’t Rigondeaux’s, but it’s still something that you have hope doesn’t make it difficult for the Cuban start to get important fights. Rigondeaux has been quite vocal lately in his desire to fight Carl Frampton. But with this kind of thing taking place with the Dickens fight being called off, it could give Frampton an excuse not to fight Rigondeaux. I mean, Frampton will probably need to still give up his WBA super bantamweight title if he wants to avoid the fight, but I can see that happening. Frampton now has another excuses, if he needs it, for why he shouldn’t have to fight Rigondeaux. That’s not good. Heck, even if Frampton doesn’t fight Leo Santa Cruz, I can still see him giving up his WBA 122lb title in order to sidestep the Rigondeaux fight and save himself from suffering a potentially embarrassing defeat against the talented Cuban fighter. 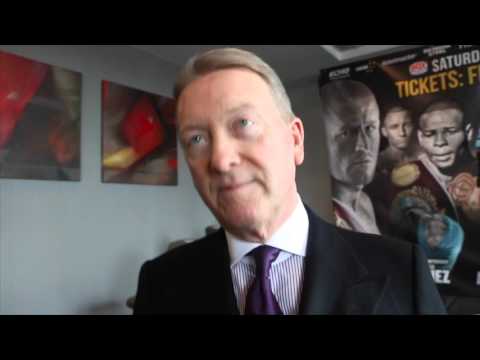