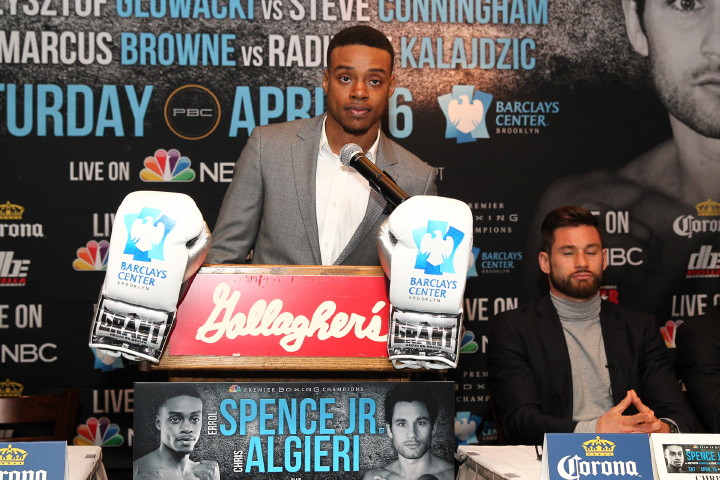 (Photo credit: Ed Diller/DiBella Entertainment) By Scott Gilfoid: Unbeaten #2 IBF Errol Spence Jr. (19-0, 16 KOs) says he wants to go after the winner of the March 26 fight between IBF welterweight champion Kell Brook and #1 IBF Kevin Bizier. Spence says he wants the fight against the winner of the Brook-Bizier fight this year rather than having to wait until later on down the line before he gets a shot at the winner.

I think Brook will vacate his IBF title in 2017 and head upwards to the junior middleweight division to face WBO champion Liam Smith. The move up a weight class will save Brook from a likely knockout loss to Spence, and it’ll keep his resume unblemished.

Spence has a fight next month on April 16 against former WBO 140lb champion Chris Algieri (21-2, 8 KOs) on Premier Boxing Champions ON NBC from the Barclays Center, in Brooklyn, New York.

“I want a world title this year. I want the winner of the Kell Brook vs. Kevin Bizier fight. I would definitely go to the UK. I’d fight any of the champions, but I can’t look past Chris Algieri. I’m 100 percent focused on him,” said Spence. 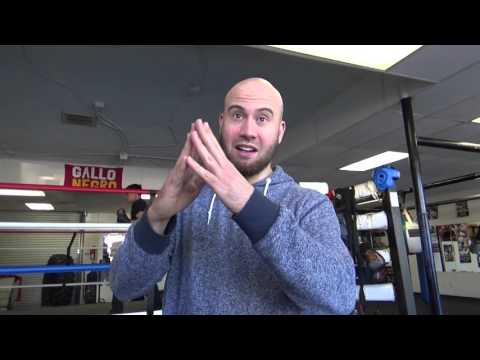 Well, Spence will get the winner of the Brook-Bizier fight, alright. However, I think it’s pretty much academic at this point that Spence is going to need to wait a long, long time before he gets that fight. Brook is talking about wanting to fight the likes of Danny Garcia, Manny Pacquiao or Tim Bradley in his next fight after the Bizier mismatch.

Even if Brook doesn’t get any of those fights, which is highly likely given his lack of name recognition in the United States, I still see Brook winding up facing someone else. Brook’s promoter Eddie Hearn will probably match him up against someone in the class of Brandon Rios. I’m not saying he’s going to put him in with Rios, because that guy seems to be in limbo right now with his career, but someone in the Rios class. We’re probably talking about another Frankie Gavin or Jo Jo Dan level opponent for Brook.

“I know I’ll be the next big star in boxing. I just have to stay grounded, do what I’ve been doing and listen to my team. The sky is the limit,” Spence said.

Floyd Mayweather Jr., the powerful promoter for Mayweather Promotions, has already pegged Spence as the next superstar in the welterweight division. Mayweather has sparred with Spence in the past, and he came away from the experience very impressed. Mayweather says he might sign Spence one of these days to his promotional stable.

As far as the Spence-Algieri fight goes, I see this fight as a sick mismatch. Spence has WAY too much talent and punching power for a guy like Algieri. With the way that Aligieri is fighting right now, I don’t see him lasting more than three rounds against Spence on April 16. Algieri has become a slugger in his last couple of fights, and he doesn’t have a slugger’s punching power. If he doesn’t change his fighting style by the time he faces Spence, he’s going to get obliterated in a heartbeat. I mean, the slugging style worked for Algieri in his fight against Khan, because he wasn’t expecting it and he doesn’t handle pressure very well. It worked for Algieri against 2nd tier fighter Erick Bone in his last fight in December of last year. However, Spence is a much different animal than Khan and Bone. He’s got major power, and he eats up sluggers that come straight at him, especially weak punchers like Algieri. This going to be too easy for Spence if Algieri doesn’t get a clue and revert back to his defensive style of fighting.

Rigondeaux vs. Dickens fight is off »