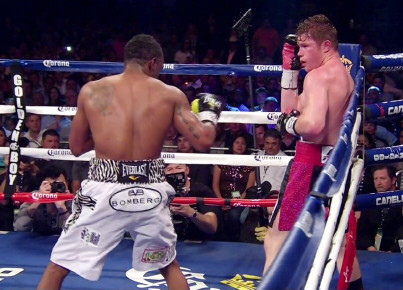 By Jim Dower: There’s a possibility that the clash between WBC heavyweight champion Deontay Wilder and Alexander Povetkin will have IBF junior middleweight champion Jermall Charlo (23-0, 18 KOs) vs. Austin Trout (30-2, 17 KOs) added to the undercard in a Showtime split site telecast for May 21.

The Charlo-Trout fight would be taking place at the Barclays Center in Brooklyn, New York, whereas the Wilder vs. Povetkin fight will be staged at a still to be determined venue in Moscow, Russia.

The Charlo-Trout fight hasn’t been announced as of yet by their management, as negotiations are still taking place for that fight.

Trout, 30, has turned his career around with four consecutive wins since losing back to back fights to Erislandy Lara and Saul Canelo Alvarez in 2013.

Trout hasn’t faced anyone that you can call a quality fighter since his losses to Lara and Canelo, but he’s still been winning and not looking shaky like he was in those two defeats. Trout is ranked #9 by the IBF, so this would be a voluntary defense for the 25-year-old Charlo.

Charlo, 25, is seen as a future star for the junior middleweight division. Unlike his brother Jermell Charlo, Jermall is a is a big puncher with a great deal of talent. He might be the best fighter in the 154lb division right now. There are not too many fighters that could compete with Charlo at this point in his career.

Deontay Wilder will be making what many boxing fans see as his toughest defense of his title in facing the 36-year-old Povetkin. Wilder is largely untested as a pro, and he’s looked fragile at times in some of his fights when taking shots.

Wilder has faced one puncher during his pro career in Bermane Stiverne, and he was able to use his size and reach to avoid getting hit by him. However, it could be a tough task for Wilder to avoid getting nailed by Povetkin because he’s very good at walking down his opponents to force them to fight at the distance that he wants them to.

Wilder will need to move a lot, and he’s going to need to fight his way out of some tough situations. Wilder doesn’t clinch a lot, so he’s going to be forced to trade with Povetkin. Wladimir Klitschko used frequent clinching to beat Povetkin in 2013. Wilder likely won’t want to fight in that style.

David Lemieux vs. Glen Tapia on May 7th on HBO PPV »