Bradley: Pacquiao is only fighting for money now 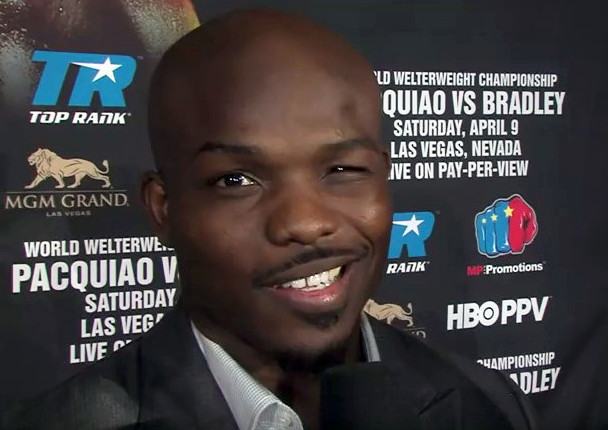 By Chris Williams: One of the stated reasons for why Manny Pacquiao (57-6-2, 38 KOs) agreed to fight Tim Bradley (33-1-1, 13 KOs) on April 9 in their third fight together was because of the more pay-per-view buys that Bradley could bring in on HBO PPV compared to the other contestants.

Bradley thinks that Pacquiao is fighting for the wrong reasons at this point in his career. He sees Pacquiao only looking to fight for money than for the love of the sport. Pacquiao will be making his usual $20 million guaranteed along with the pay-per-view upside.

Right now, it’s looking there’s not going to be a lot of pay-per-view buys for this fight due to the lack of interest from the boxing fans. However, you never know. The fight fans might come out of the woodwork on fight night on April 9 and pay to see the two fighters.

That is what Pacquiao and Bradley’s promoter Bob Arum is thinking will happen. The fans will get energized on April 9 and pay to see the two fighters face each other for a third time. Arum might be right.

“I’ve already beaten Manny and I’m going to beat him again,” said Bradley, referencing their controversial first fight in 2012, where Bradley won a debated split-decision,” said Bradley via rappler.com. “I’m a better fighter and I’m hungrier. Manny’s had his time to shine already, guys. He’s been fighting for many years, he’s getting older now. Manny right now is only fighting for money, that’s it. He already has his place in history as one of the best fighters. I don’t.”

I do think Bradley is a better fighter than Pacquiao when healthy and when using movement. Bradley was injured for his second fight against Pacquiao in 2014, and that pretty much forced Bradley to stand in the pocket and fight Pacquiao for 12 rounds. Without the injury, Bradley likely would have beaten Pacquiao handily like he did in their first fight in 2012. Pacquiao can’t handle movement for some reason. He seems to get confused and go to pieces. 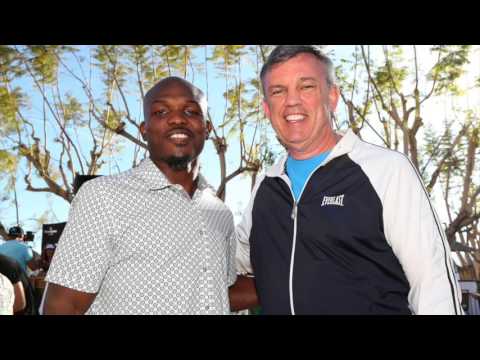 “If the opportunity for a knockout presents itself during the fight, he’s going to go for it,” said Pacquiao’s trainer Freddie Roach. “He knows how to close the show and he wants this show closed with fireworks. He wants to finish the book on his boxing career with a spectacular ending.”

I think Pacquiao is not even going to come close to knocking Bradley out. I agree with Bradley that I think Pacquiao is in the fight just for the final payday he’ll be receiving rather than for the sport. When you fight for the wrong reasons, then you’re not going to get good results. Pacquiao is going to likely be half-stepping it on April 9, and not fighting full bore the way he would need to in order to fight someone as good as Bradley.

My prediction is Bradley by a 12 round decision. If Pacquiao gets sloppy like he did against Juan Manuel Marquez in 2012, then I can see Bradley knocking him out at any point in the fight.

It’s hard to argue that Pacquiao isn’t just fighting for money right now, because if he wanted to really challenge himself, he would have selected the likes of Adrien Broner, Amir Khan or Terence Crawford. Pacquiao took what he thought was the bigger payday against Bradley, but in reality, he clearly made a mistake because he likely would have made much more money fighting the likes of Crawford of Khan or even Broner.