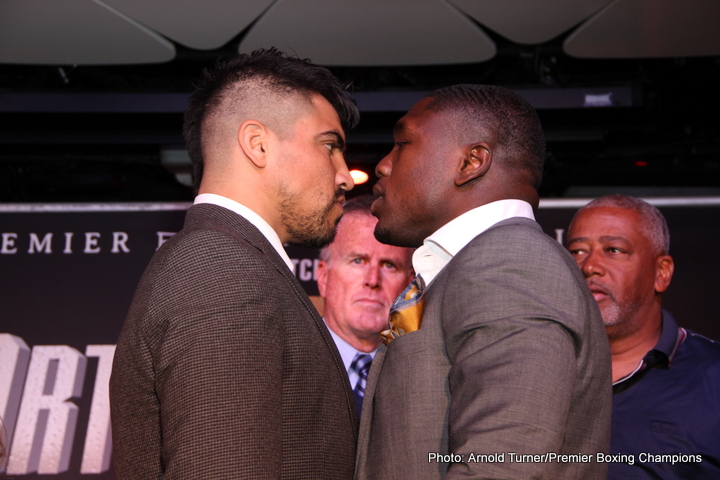 Berto was knocked down twice in that fight in losing by a close 12 round decision in their fight of the year contest. Berto and Ortiz will be facing each other next month on April 30th on Premier Boxing Champions on Fox from the StubHub Center in Carson, California. Since his loss to Ortiz five years ago, Berto’s career has been rocky.

In the last four years, Berto has suffered losses to Robert Guerrero, Jesus Soto Karass, and Floyd Mayweather Jr. However, Berto’s wins over Steven Upsher Chambers and Josesito Lopez were enough to get him a #3 ranking with the World Boxing Council.

Mayweather specifically picked Berto out for a fight last September off his win over Lopez, despite the fact that Lopez is little more than a 2nd tier fighter at this point in his career.

“April 30 is going to be a tremendous night. Promise you that. The fight back then, he got me. I was not 100-percent, but he did what he had to do to win,” said Berto. “But this time, I’m definitely going in extremely focused. I’m just ready to take everything he took from me that night. This is what he asked for so I want to make sure what he knows what he’s getting himself into. This ain’t the same situation, I promise you that.”

Both of these fighters have lost a lot from their games in the last five years. Ortiz seems to have lost his ambition after getting a big payday in his fight against Floyd Mayweather Jr. in September 2011. Ortiz was halted in the 4th round in that fight.

After that, Ortiz was in movies, and seemed to be happy with being a celebrity. He suffered a broken jaw in his fight against Josesito Lopez in their fight in June 2012. The injury kept Ortiz out of the ring for a year and a half until he finally came back in January 2014 in a fight against Luis Collazo, who stopped him in the 2nd round. 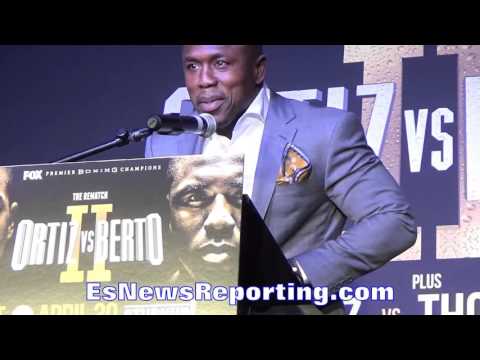 “The more I watched boxing the more upset it made me. I’m like, these welterweights are not on my level,” said Ortiz. “A lot of injuries, man. I broke my jaw, and after I broke my jaw, I broke my wrist. I had a total of three years down the drain. It wasn’t like I could do something against my will to fight.”

“I’m not gonna be over it until April 30th,” said Berto. “School, when I failed a test I wanted to come back and try to ace it,” said Berto.

Berto is going to need to find some endurance and some hand speed if he wants to beat the likes of Ortiz. Berto has lost a lot of hand speed in the last five years, and without his old hand speed, even a fighter like Ortiz will beat him.

« Bradley: Pacquiao is only fighting for money now

Kell Brook: I’m the best on the planet »