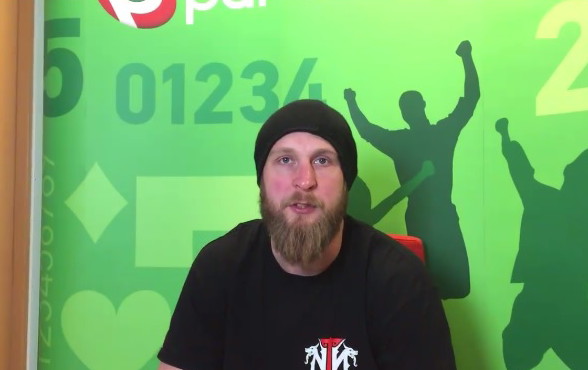 By Allan Fox: Undefeated #12 IBF heavyweight Robert Helenius (22-0, 13 KOs) will be facing former world title challenger Johann Duhaupas (33-3, 20 KOs) in a 12 round bout on April 2 at the Hartwall Arena, in Helsinki, Finland.

Over the weekend, the 31-year-old Helenius had said that he had a big announcement on Monday about his next fight. It was thought by some that Helenius would name a top caliber heavyweight like Luis Ortiz as his next opponent, but the news of Helenius fighting Duhaupas is a bit of a disappointment.

Duhaupas, 6’5”, is a good basic heavyweight, but he was beaten soundly by WBC heavyweight champion Deontay “Bronze Bomber” Wilder by an 11th round knockout last September in a failed title challenge in Birmingham, Alabama.

Duhaupas took a lot of punishment in that fight. He wanted to win badly, but he didn’t have the punching power to give him a chance of winning. For the most part, Duhuapas just took shots and kept coming forward the entire night. Against a shorter heavyweight, Duhaupas would have been a problem, but the 6’7” Wilder had too much size, speed and power for him. Duhaupas has since won his last fight in beating journeyman Marcelo Luiz Nascimento by a one-sided 10 round unanimous decision this month on February 5 in Monte Carlo.

Helenius recently won the vacant European Boxing Union heavyweight title last December in beating Franz Rill by a 12 round unanimous decision. Helenius was supposed to defend the EBU title against mandatory challenger Dereck Chisora in a rematch, but Helenius instead chose to vacate the title rather than defend it. Some boxing fans think Helenius vacated because he was afraid of fighting Chisora for a second time.

Helenius-Duhaupas fight could be a fairly even fight if Duhaupas is able to handle Helenius’ punching power. If Duhaupas can walk though Helenius’ shots, he could give him problems. Duhaupas has wins over Manuel Charr and Jarno Rosberg. Duhaupas gave Erkan Teper all he could handle in their fight in March of last year in losing a 12 round decision.

A win for Duhaupas in this fight would be a huge shot of adrenaline for his career. It would get him ranked in the top 15 again, and keep him viable for other important fights. Duhaupas likely got the Helenius fight only because of how much punishment he was able to soak up against Wilder. If Duhaupas had showed power in that fight, then it’s likely that the 32-year-old Helenius would want nothing to do with him. He’s not going to take a risky fight on his way to a world title shot. Helenius needs to speed up his career though if he wants to fight for a world title because the guys he’s been facing haven’t been good enough to get him ranked high in a fast manner.