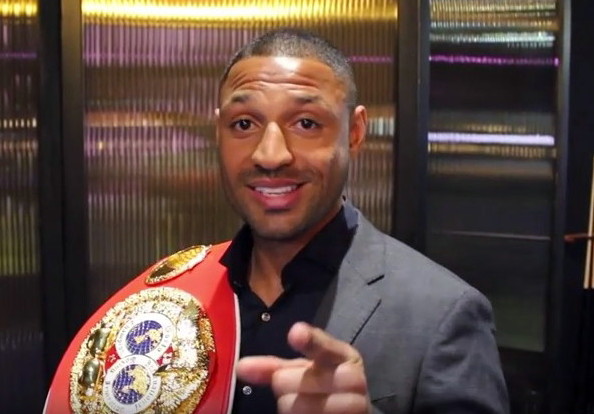 By Scott Gilfoid: IBF welterweight champion Kell Brook’s dream of fighting Amir Khan (31-3, 19 KOs) in the summer at Wembley Stadium was foiled recently when Khan chose to take a bigger fight against WBC middleweight champion Saul “Canelo” Alvarez for May 7. Needless to say, it’s a fight that Khan will likely lose and lose badly by a knockout.

However, Brook says he still wants to fight Khan afterwards. Unfortunately, for Brook, it might not be the fight that it could have been, especially if Canelo really wrecks Khan by knocking him clean out like some boxing fans believe he will.

Yeah, Brook has a good chance of fighting Khan after the Canelo fight, but it might not be worth it though. If Khan gets bashed by Canelo and loses by a vicious knockout, it might be better for Brook to wait for Khan to slowly build his career back up before he elects to face him.

“It’s a dream fight because Canelo is up there as one of the best in the boxing world, so let’s see what he can do with him,” Brook said to skysports.com. “I respect him [Khan] for taking the fight and once he’s got the fight out the way, who knows? We could still sit down and make the fight happen.”

Brook reminds me of a dog that won’t let go of an old played bone with the way he just won’t forget about Khan. He needs to let the Khan fight go, and try and prove to the boxing world that he’s not just a paper champion.

Brook would be better off ignoring Khan and looking to fight the likes of Danny Garcia, Errol Spence Jr., Shawn Porter, Keith Thurman, Gennady Golovkin or Tim Bradley. Brook supposedly is interested in facing IBF/IBO/WBA middleweight champion Golovkin. Well, this would be a good opportunity for Brook to show the fans that he’s serious about wanting that fight by putting some heat under his promoter Eddie Hearn’s backside to get him to make the Golovkin fight happen. 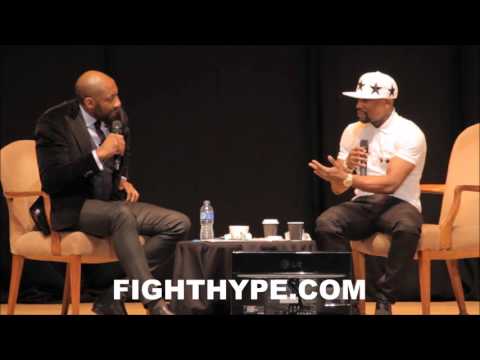 “I’m gutted for all the fans,” Brook said about him not getting the Khan fight for June 4. “We all thought we were going to make the fight this time and we were very close to getting a deal done, but he’s jumped up a few weight divisions to fight Canelo – in a fight I don’t think he can win.”

Great night meeting @FloydMayweather a hero of mine growing up! #boxing 👊🏾 pic.twitter.com/LcpvqRbo7Z

Who cares if Khan can’t win? The main thing is Khan has moved on and Brook needs to digest that reality and forget about him. Once Khan is chewed up by Canelo, there might not be enough left for Brook to get a piece of Khan too. It’s just even worth it in my view. If I were Brook, I wouldn’t any part of fighting Khan after he’s been knocked out by Canelo. It would be just a situation where I would be looking to put Khan out of his misery and finishing what’s left of his career. I don’t see the upside in fighting Khan after Canelo does him.

Brook, 29, has a title defense next month against #1 IBF Kevin Bizier (25-2, 17 KOs) on March 26 at the Sheffield Arena, in Sheffield, UK. Once Brook is done with that mismatch, he’ll have two voluntary defenses that he can get out of the way before he has to make a big career decision whether to face what will likely be his next mandatory challenger in Errol Spence Jr. That’s a non-winnable fight for Brook in my view, and it might be better for Brook to skedaddle from the welterweight division and move up to junior middleweight to avoid the Spence fight.

Spence Jr. is seen by many boxing fans as the future of the welterweight division. The 2012 U.S Olympian is a major talent, and I see him already as the best welterweight in the division right now. If Brook sticks it out at welterweight as the IBF champion, then that means he’ll likely need to face Spence by the second half of 2017. I don’t think he’ll be able to dodge the fight until 2018, because he’ll only get two voluntary defenses after the Bizier fight. The only way I can see Brook ducking Spence until 2018 is if he fights a unification fight against one of the other champions.