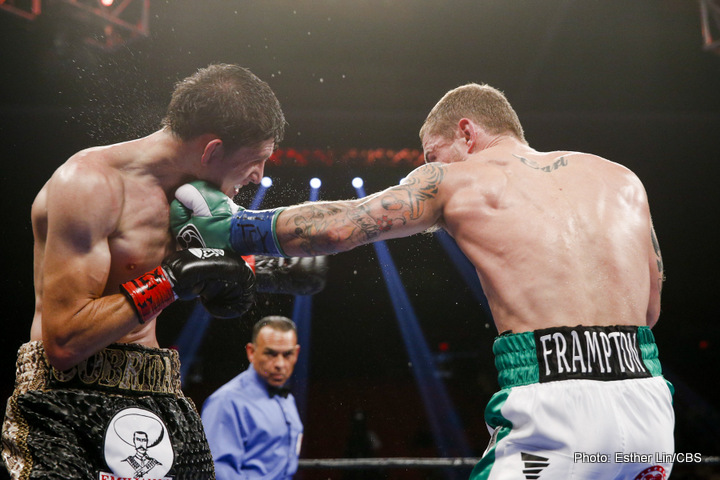 By Scott Gilfoid: Next Saturday night, IBF super bantamweight champion Carl Frampton (21-0, 14 KOs) will be facing WBA belt holder Scott Quigg (31-0-2, 23 KOs) in a unification fight on February 27 at the Manchester Arena in Manchester, UK. Surprisingly, there’s not a whole heck of a lot of interest in the Frampton-Quigg fight.

If you scout around the internet, it’s quiet as a church mouse in talk about the so-called important fight. Now what does that tell you? It tells me that Frampton and Quigg would have been better off facing a talent like Guillermo Rigondeaux or Nonito Donaire. If you want to drum up interest in your fellow countryman, you’re better off fighting a visiting fighter than a home brewed fight.

Besides that, the Quigg vs. Frampton fight is little more than a fight that will pick out the third best fighter in the division behind 1. Rigondeaux and 2. Donaire. Frampton and Quigg should have just skipped their fight until later, and instead went for the top two dogs in Rigondeaux and Donaire.

Frampton and Quigg would always have their fight at some point they could exhaust. They obviously did it backwards by facing each other first before they’d even become stars by fighting foreign fighters. Look at Carl Froch. He became a star by fighting foreign fighters in the Super Six tournament. It was only after that, Froch came back to the UK to wipeout George Groves in an All UK fight.

Frampton and Quigg are doing it the wrong way by fighting each other in a domestic clash before they’ve become stars on the world scene. I don’t know why their handlers couldn’t see the way they’re going about it the wrong way. At least with Amir Khan, he realizes that his fight with Kell Brook needs to wait until he’s proven himself on the world stage. Brook should be doing the same thing instead of wasting his career fighting the likes of Frankie Gavin at home. 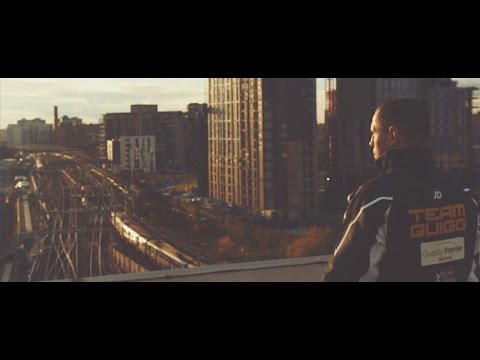 That’s Brook’s fault for not jumping on his promoter Eddie Hearn’s case to have him start matching him against fighters from outside of the UK that have actual talent instead of all the gawd awful fodder fighters that Hearn has been feeding him.

“I’m going to go in there against Frampton, keep my composure and take him out when the time comes,” Quigg said to thesun.co.uk. “This is about me being the best. And I know that my best beats Frampton’s best.”

I don’t know who wins this fight. My guess is it’ll be Frampton, because he has more levels to his game than Quigg. Frampton can at least box and use different tactics in the ring. Quigg is one of those all or nothing type of fighters, who lowers his head and just plows forward looking for a KO. Quigg kind of reminds me a lot of Anthony Joshua with the way he has mainly just one gear to his game. Frampton is going to wind up clowning Quigg on Saturday by boxing circles around him. I don’t think this is going to be a fight. The only way Quigg wins is if he gets lucky and hurts Frampton with something big early like he did with Kiko Martinez.