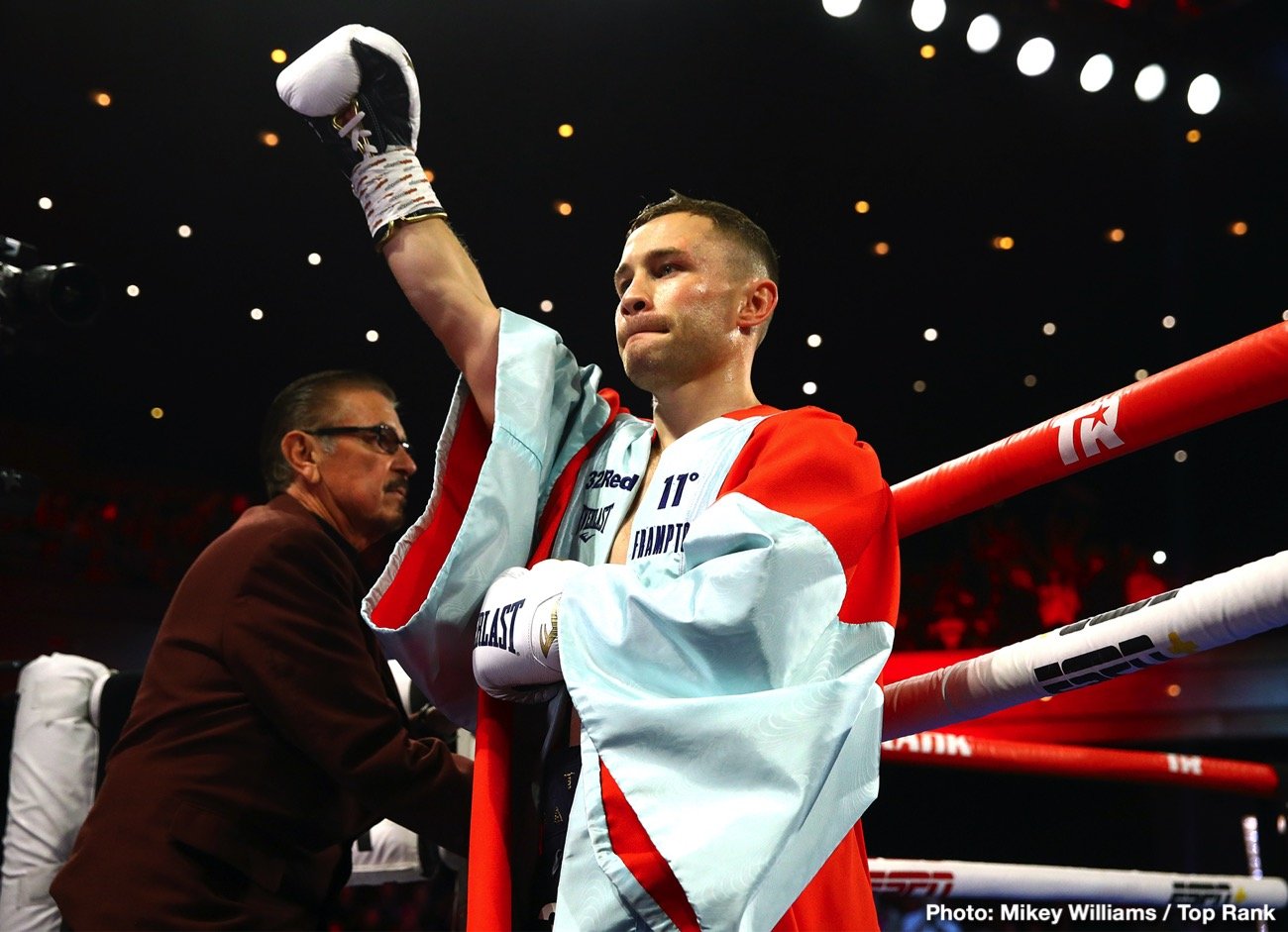 By Jeff Aronow: WBO super featherweight champion Jamel Herring will now be defending his title against #4 WBO Carl Frampton on April 3 in Dubai. This new date was precipitated by a hand injury the 33-year-old Frampton (28-2, 16 KOs) suffered recently while training for the fight.

Staging the Herring vs. Frampton fight in the neutral venue in Dubai should make things fair when it comes to the judging of the contest.

At least by placing the fight in Dubai, fans won’t be able to cry robbery if the fight results are controversial like we aw with Frampton’s two matches against Leo Santa Cruz in 2016 and 2017.

Unless we see a flair up with Frampton’s hand issues, boxing fans can look forward to seeing the American Herring (22-2, 10 KOs) defend against former two-division world champion Frampton in two months from now at The Rotunda at Caesars, Bluewaters in Dubai.

Frampton is excited about this fight, as he’ll be looking to become Ireland’s first three-division world champion.

Carl has picked arguably the easiest of the champions at 130 to accomplish his goal of becoming a three-belt champion. If Frampton wanted to show his grit, he could have gone in the direction of one of these champions at super featherweight:

The 35-year-old Herring will be looking to turn back the threat of Frampton by beating him in their ESPN-televised fight. Although there is some interest from U.S boxing fans in the Herring-Frampton fight, it’s not a fight that there’s likely to be a massive amount of American fans being excited about.

The U.S fans want to see Herring face Oscar Valdez, Tank Davis, Leo Santa Cruz, and Joseph Diaz Jr rather than Frampton, who is viewed as a fighter on the downside of his career.

Herring would get a lot more attention from fans if he were facing one of those guys. If the Herring-Frampton match took place five years ago when Frampton was in his prime, there would be more interest. But back then, Herring was just a contender. Herring is a late bloomer, a fighter that didn’t do much with his career until he was 33.

“All of the postponements have been frustrating, but I’m happy that this fight is still happening,” said Herring about Frampton.

“I still have the same hunger I had when this fight was first presented. After watching the great performance Oscar Valdez showcased over the weekend, I’m definitely looking forward to making a statement in this exciting division,” said Herring.

The 5’10” Herring will enjoy a tremendous five-inch and seven-inch height and reach advantage over the 5’5″ Frampton on April 3rd.

With Herring’s size, he’s going to make it difficult for Frampton to get in punching range without eating many heavy shots while on his way in. It’s going to be interesting to see how Frampton deals with the size of Herring because he’s going to have to figure a way to get in close range to land hiss hots without getting pelted a half dozen times on the way in.

Herring captured the WBO 130-lb title in 2019 in beating champion Masayuki Ito by a 12 round unanimous decision. In Herrington’s two successful defenses of his World Boxing Organization strap, he beat Lamont Roach and Jonathan Oquendo.

Herring counts on defeating Frampton and using the victory as a springboard to get bigger fights against popular fighters at 130.

Shakur Stevenson was supposed to be challenging the Herring vs. Frampton fight winner, but he may elect to go in the direction of WBC champion Oscar Valdez. That’s a bigger fight for Stevenson.

“I know a victory over Frampton will lead to bigger and better things down the road, but I have to take care of Carl Frampton first, and I’m totally focused on defending my title on April 3,” said Herring.