David Haye: It’s my destiny to regain the heavyweight championship 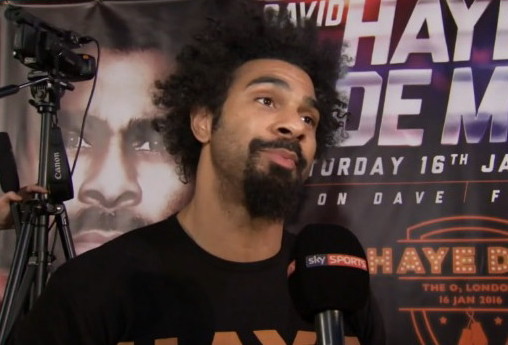 By Scott Gilfoid: The ring rusty often injured British heavyweight David “Hayemaker” Haye (26-2, 24 KOs) will be making one of his rare appearances this Saturday night against fringe contender Mark De Mori (30-1-2, 26 KOs) at the O2 Arena in London, England.

Haye arguably didn’t deserve to win a heavyweight world title in November 2009 in beating then WBA champion Nikolay Valuev by a very, very questionable 12 round majority decision despite being badly outworked and out-landed by the big Russian.

“I truly believe it is my destiny to regain the heavyweight championship of the world,” Haye said to skysports.com. “Remember Muhammad Ali came back after three-and-a-half years and he lost.”

It’s interesting that Haye is comparing himself to Muhammad Ali. I don’t know that I would have made such a comparison myself. To me, Haye is more like one-shot wonder Leon Spinks than Ali. Spinks briefly held the WBA heavyweight title in 1978 after beating an unmotivated, out of shape Ali. Later that year, Spinks lost his WBA title to Ali in a rematch in September 1978. Haye is more like Spinks than Ali. 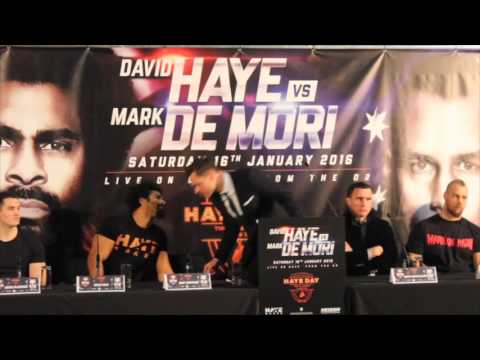 Haye will likely beat the 33-year-old De Mori this Saturday night, but that’s not really saying too much. I think De Mori has one of the most padded records I’ve seen since Danish heavyweight Brian Nielsen (64-3, 43 KOs) was fighting scrubs and padding his record left and right. De Mori is a guy with a loss to someone named John Wyborn.

Heck, even at this advanced stage of De Mori’s career, he’s still fighting journeyman level opposition. Look at De Mori’s last four fights: Marcel Zeller (24-15, 23 KOs), Radenko Kovac (4-8, 3 KOs), Zeljko Bojic (4-12, 4 KOs), and Marino Goles (20-5, 18 KOs). Look at those gawd awful records for the first three guys. I don’t know what the problem has been with De Mori’s career, but there sure as heck has been a serious failure to launch. 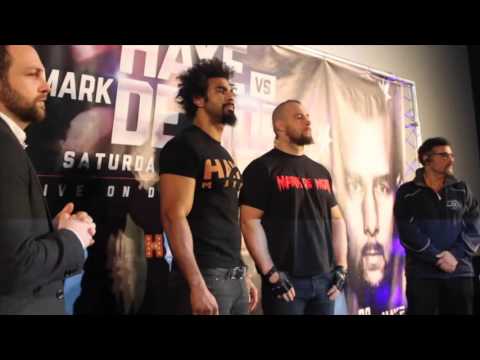 It’s like De Mori never progressed from the first year of his career when he was fighting fodder opposition. In theory, De Mori should have progressed from fodder to top level opposition at some point along the line. Instead. De Mori got stuck on fighting chopped liver opposition and stayed at that level all the way to the 11th year of his career. Now we’re seeing Haye choosing De Mori instead of a live body. What does that tell you about Haye?

Great to meet the one and only @TheSlyStallone at #Creed Premiere last night! What a legend. #HayeDay #3Days pic.twitter.com/mRQdVCXMqx

As for Haye winning a world title in his comeback, I can’t see it happening. Obviously, he’s going to need to target the winner of the Vyacheslav Glazkov vs. Charles Martin fight for the IBF title for him to have any chance of winning a title in his comeback. If Haye faces Tyson Fury or Deontay Wilder, then I see him getting clowned and badly beaten. Haye is too small to beat those guys, and he would find it nearly impossible to land his pot shots.

“I’ve still got the same hunger I had the moment I beat Dereck Chisora three-and-a-half years ago,” said Haye. “It’s going to be exciting while it lasts but I’ve been out for that long you don’t know what’s going to happen.”

Haye hasn’t fought since beating domestic level heavyweight Dereck Chisora in 2012. Haye tried to fight several times since then, but he kept sustaining injuries during training camp. After almost four years, Haye has finally made it through a training camp without getting injured. I can only imagine what he had to do in order to prevent getting hurt again. My guess is Haye didn’t do any sparring during this camp. I think Haye is too fragile at his age to be sparring.