By Jack Tiernan: David Haye believes Tyson Fury isn’t retired because if he were, he would have already given up his WBC heavyweight title.

Fury won’t selfishly hold his WBC belt hostage to get a little extra mileage, with boxing fans viewing him as a relevant champion long enough for him to slip in one or two lucrative exhibition matches against UFC star Francis Ngannou & strongman/actor/weight lifter Thor Björnsson.

It obviously would help Fury make more money for his exhibition matches if he’s still the current WBC heavyweight champion and viewed as active with his career.

Of course, if Fury were to hold onto his WBC title to use as a tool to make money outside of the sport for exhibition matches, that would be contemptible.

If Fury is serious about being retired, he needs to think about the fighters that are waiting for him to give up his WBC title because their careers are frozen while they wait to see what happens.

To prevent champions from sitting on a title, the sanctioning bodies should require them to defend it every six months in two defenses per year. If they fail to follow this rule, the champions should be stripped of their titles.

If Fury is playing a game by telling boxing fans he’s retired, the WBC needs to find out if he’s serious. ALL sanctioning bodies should create a rule that prevents fighters from repeatedly saying they’re retired, as Fury has done, because it confuses.

Also, there’s the potential for gain from this. If a champion is going to fake their retirement in hopes of getting their promoters to give them a bigger payday, they can use this to their advantage.

It doesn’t matter that the WBC hasn’t taken the title from Fury yet. Fighters can retire and still hold onto their titles if the WBC fails to move forward to test whether they were serious about retiring.

“He’s not retired until he gives up the belt; he can say what he wants,” said Haye. “When I unified the WBA/WBO/WBC [cruiserweight] belts, I then said I was moving up to heavyweight, and I gave up those belts.

“I contacted all the governing bodies, and I said, ‘here you go, I’m giving up my titles,'” said Haye. 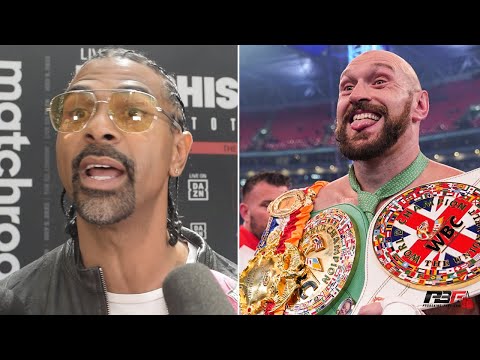 
« Errol Spence on Terence Crawford fight: “It’s closer now than it’s ever been”