Sullivan Barrera vs. Karo Murat on 12/12, winner to face Kovalev

The winner of the Barrera vs. Murat contest will become the IBF 175lb mandatory challenger for IBF champion Sergey Kovalev. That doesn’t mean they’re going to get the fight against the 32-year-old Kovalev right away though, because Kovalev has other fights he’s looking to take, and fighting the winner of Barrera-Murat isn’t exactly a fight that the boxing public is all that anxious to see at this point.

According to Dan Rafael, Barrera was going to fight Igor Mikhalkin (17-1, 9 KOs) in the IBF eliminator, but the Russian fighter opted not to take the fight for some reason. With Mikhalkin dropping out of the fight, 32-year-pld Murat was the next guy that agreed to take the fight. It’s not a great fight obviously, as Murat is a very average fighter with very few quality wins on his resume.

Murat’s best wins of his career has come against Tommy Karpency in 2010, and Otis Griffin in 2011. Other than that, Murat is known more for losing badly to Nathan Cleverly and Bernard Hopkins. Murat was given a controversial draw with Gabriel Campillo in 2011 in a fight he appeared to lose. Since Murat’s one-sided loss to Hopkins in 2013, Murat has beaten little known fighters Leo Tchoula and Benjamin Simon. Murat has not been fighting a lot, as you can see. 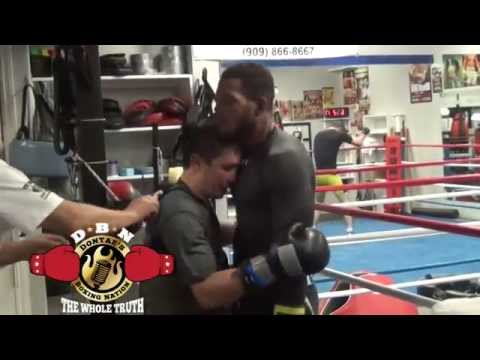 The winner of the Barrera vs. Murat fight will pretty much be seen as a future victim for Kovalev, as neither of them are arguably good enough to give Kovalev any kind of fight. Barrera, a fighter from Cuba, is a decent fighter with good punching power, but he lacks hand speed and he’s not nearly the puncher that Kovalev is. He’s probably going to lose badly to Kovalev when the two of them get around to fighting eventually.

Barrera has recent wins over Hakim Zoulikha, Rowland Bryant, Eric Watkins, and Jeff Lacy. Barrera is about to turn 34 in February, and he’s not done much with his career. He really needs to step it up before his career times out on him.

Barrera would be better off targeting WBA “regular” light heavyweight champion Juergen Braehmer rather than Kovalev, because that at least would be a winnable fight for him. I think Braehmer would still beat Barrera, but at least Barrera would have a chance of winning that fight.

« Cotto vs. Canelo: The Fight Forecast