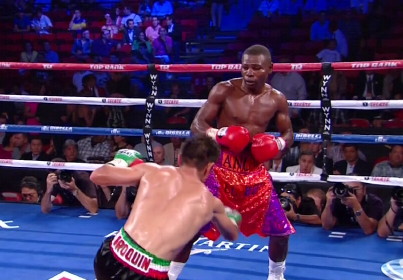 By Scott Gilfoid: The World Boxing Association cleared the way for the February fight between WBA “regular” super bantamweight champion Scott Quigg vs. IBF 122lb champion Carl Frampton to be a unification fight. The WBA did this by downgrading WBA 122lb “Super” bantamweight champion Guillermo Rigondeaux (15-0, 10 KOs) to title of “Champion in recess.”

Earlier this week, the IBF weren’t going to give the green light to the Quigg vs. Frampton fight to be a unification fight because they saw Rigondeaux as the real WBA super bantamweight champion, not Quigg.

Well, the WBA took care of that little problem by moving Rigondeaux off of his WBA “super” title, so now the Quigg-Frampton fight can take place with both the IBF and WBA titles being on the line for the fight. How convenient of the WBA to pick this time to make the move to reassign Rigondeaux.

I just see the WBA belt being window dressing for the Frampton-Quigg fight to help validate the fight and make it seem bigger than it already is. It sounds better that the fight is a unification fight than a mere title defense in the minds of a lot of boxing fans. The casual fans won’t have a clue that Rigondeaux, the fighter who many boxing fans see as the best fighter in the 122lb division, was recently reassigned by the WBA.

Rigondeaux has had a really bad week with him getting his WBO stripped from him by the World Boxing Organization due to inactivity, and now the WBA reassigning him to “champion in recess”. But it really doesn’t matter much because it’s not as if Rigondeaux was facing any top guys. He kind of scared away all the top fighters after he beat Nonito Donaire two years ago. Since then, Rigondeaux has been seemingly avoided by everyone.

In the meantime, Rigondeaux plans on fighting on December 4th in Ottawa, Ontario, Canada, according to Fight News. Rigondeaux doesn’t have an opponent picked out yet.