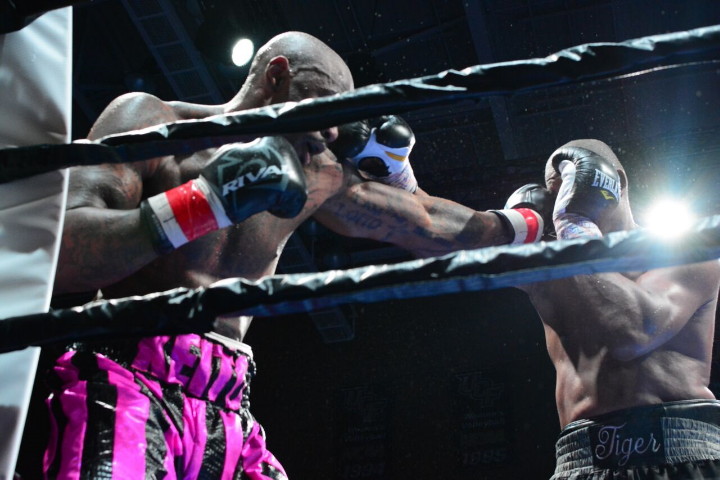 (Photo credit: Todd McLennan/Premier Boxing Champions) By Jim Dower: In a surprise upset, 35-year-old Malik Scott (38-2-1, 13 KOs) was forced to get up off the deck to defeat 44-year-old #9 WBC heavyweight Tony Thompson (40-6, 27 KOs) by a 10 round unanimous decision on Friday night on Premier Boxing Champions on Bounce TV at The Venue at UCF in Orlando, Florida.

This loss was bad news for Thompson because he had a small chance of being selected by WBC heavyweight champion Deontay Wilder for a title shot in early 2016. Wilder isn’t going to bother to fight Scott because he’s already beaten him by a 1st round knockout in March of 2014.

No one would want to see Wilder face Scott again, and besides that, Scott still isn’t ranked in the top 15. Thompson can now forget about his dream of fighting Wilder and using a win over him to get a third fight against IBF/IBO/WBA/WBO heavyweight champion Wladimir Klitschko.

Thompson said earlier this week that he really wanted a third fight against Wladimir if he could beat Scott and Wilder in back to back fights.

In other fights on the card, lightweight Gervota Davis (13-0, 12 KOs) stayed unbeaten in defeating journeyman Christobal Cruz (40-19-4, 24 KOs) by a 3rd round knockout. Davis knocked Cruz down in the 1st and 3rd rounds. The fight was finally stopped at 1:31 of the 3rd.
Unbeaten light welterweight Sergey Lipinets (8-0, 6 KOs) defeated Lydell Rhodes (23-1-1, 11 KOs) by a 10 round unanimous decision.

Rhodes looked good at times, but Lipinets was the must stronger fighter in terms of punching power, and this enabled him to completely dominate the fight in the championship rounds. Rhodes held too much in the later rounds, and he lost a point in the 10th because of that. The final judges’ scores were 96-93, 98-91, 98-91.

This loss was a big disappointment for Rhodes, who was heavily hyped going into this fight. A lot of boxing fans saw Rhodes as a future world champion. But after this loss fans will need to reevaluate their opinion of him.