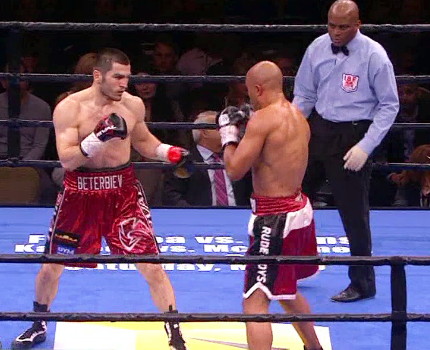 By Dan Ambrose: #1 IBF light heavyweight contender Artur Beterbiev (9-0, 9 KOs) finally appears to have a top 15 contender that is ready to fight him in the IBF 175lb title eliminator.

32-year-old #14 IBF Karo Murat (27-2-1, 17 KOs) has reportedly agreed to face Beterbiev for a fight that will be taking place on November 28th on the undercard of the Lucian Bute vs. James DeGale card at the Centre Videotron, in Quebec City, Quebec, Canada.

Murat was the 8th fighter that Beterbiev’s promoters contacted for the November 28th fight. It’s surprising that so many fighters didn’t want to face Beterbiev for some reason.

Murat agreed to the Beterbiev fight on Thursday of this week to fight him on 11/28 in Quebec. The winner of the Beterbiev vs. Murat fight will face IBF light heavyweight champion Sergey Kovalev in 2016. Beterbiev could have fought Kovalev in a fight in November in Moscow, Russia, but he preferred to become the mandatory challenger rather be one of Kovalev’s voluntary defenses. There’s possibly more money for Beterbiev if he becomes the No.1 IBF mandatory challenger to Kovalev.

Beterbiev was turned down by contender after another in the International Boxing Federation’s top 15 rankings. Recently, Beterbiev had a chance to fight #8 IBF Sullivan Barrera, but he’s unable to get a visa to enter Canada, which is where the fight will be taking place. 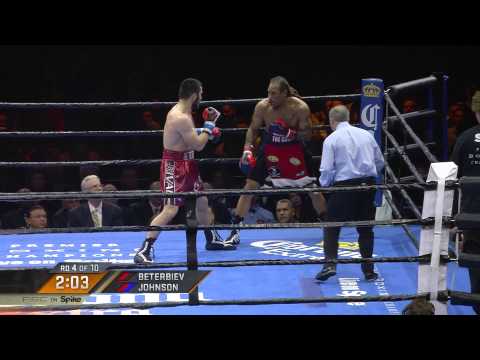 Without the ability to come to Canada to fight Beterbiev on 11/28, that effectively removed Barrera from the equation. According to RDS, #11 IBF Yunieski Gonzalez turned down the fight against Beterbiev for unknown reasons.

That would have been a great fight because Gonzalez is an excellent fighter and he was recently arguably robbed last July in losing a controversial 10 round unanimous decision to Jean Pascal.

Murat has twice been beaten during his career in losing to Nathan Cleverly by a 10th round knockout in 2010, and then losing to Bernard Hopkins by a 12 round unanimous decision in 2013. Murat has decent punching power, but not much in the way of hand speed or defensive skills. He’s going to be an easy target for Beterbiev to land his big shots against when the two of them get inside the ring.

Murat has victories in the past over Gabriel Campillo and Tommy Karpency. Those are decent fighters. Stevenson recently destroyed Karpency.

“In the case of [Yunieski] Gonzalez, he’s just not interested, said Yvon Michel, the promoter of Beterbiev to RDS.ca. “He believes he does not need to go through Beterbiev to get a world title fight. As for Barrera, we were ready to fight the battle in the United States with a similar offer, but Kathy Duva (president of Main Events) told us she could not offer the same conditions, since it does not have an interested television network.”